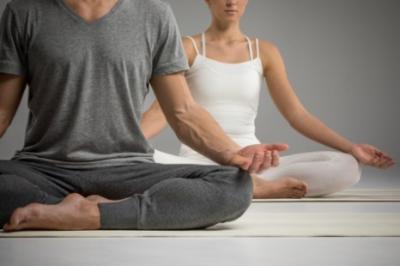 Zen Leadership From Outside Banking

by Steve Brown
Share this Article:
New research by the American Psychological Association found people who did hot yoga twice a week were 3x less depressed and stressed than those who did no hot yoga. Now it is probably difficult to tell whether sweating buckets was the main reason for this difference or something else. But it is certainly interesting enough for scientists to follow up. For those who were wondering - the scientists did not test other types of yoga or exercise for this study.
As you think about ways to contort your community bank to remain competitive, you may want to consider an example from another industry to perhaps give you an idea on how to compete in a different way.
A notion floating around the corporate world is to bring in a top executive who may be short on industry experience but has credibility when it comes to tech and transformation. One company that might be worth studying for the use of transformational leadership is Ford. The company recently ousted its CEO in favor of someone new to the auto industry. The incoming CEO worked at furniture maker Steelcase before joining Ford. He joined the Board of Directors in 2013, serving on the Sustainability and Innovation committee and was instrumental in jumpstarting Ford's self-driving car effort.
Two things are significant about his advancement. First, he is regarded as a turnaround specialist and Ford had been falling behind its peers. Second, he oversaw the driverless technology unit, a sphere of rapid technological advance and heated competition in the auto industry. Ford took action as it seeks to turn around its fortunes and more aggressively advance its technology efforts.
Those two goals may sound familiar to community bankers, who face increasing competition from digital newcomers like online lenders and fintech firms. In trying to ramp up the digital game, most community banks often rely on existing leadership with long-standing company ties. However, keeping up today may have less to do with banking knowledge and more to do with transformative change leadership and tech savvy.
Thinking of Ford's example, you may want to look at your board members with some fresh eyes as well. There may be tech savvy leadership you may not have considered, due to a different industry background. If that is not the case and you are looking for more tech savvy leadership, start reaching out to innovative prominent members in the community. You may find a match in leadership more easily than you thought in your own backyard.
Just as Ford stepped outside of the auto industry in search of new leadership, community banks may need to step outside of the staid banking world to find leaders who can help jumpstart things and layer in technology along the way.
In the meantime, it will be instructive to see how Ford's change at the top impacts the company over the longer term, and whether the new CEO has enough support and tech savvy to bring about a winning and lasting transformation. Until then, you may want to try a little heat with your yoga as you stretch the way you think about your bank's progress now and in the future perhaps.
Subscribe to the BID Daily Newsletter to have it delivered by email daily.

Mind Over Matter And Risk Vs. Opportunity

Safety In Life And In Banking

Walmart has kicked off a new money transfer financial service called Express Money Service. The service uses a Walmart app and allows users to transfer money throughout the world.

CBRE research finds average industrial capitalization rates decreased to 6.66% for 1H17 from 6.73% for 2H16. Analysts say the primary reason is demand from internet companies for such space is increasing.

Wells Fargo and US Bank have reportedly signed with Blend Labs to move more loan applications online. Blend software will allow the banks to compete more effectively with online offerings from Quicken and support shifting customer behaviors toward online channels. The move is also expected to cut application time by 50%.

A report by the World Economic Forum finds tech giants Amazon, Google and Facebook have had more of an influence on financial institutions for digital advancement than fintechs. The reasoning is that some tech startups lack the industry knowledge necessary to compete with banks and the capability to climb and expand with financial institutions, while this is not the case with these larger players.

Zillow data finds that Millennials between 18-34Ys have become the biggest demographic of homebuyers with 42% - of which close to 50% live in the suburbs.

Researcher LMC Automotive predicts that sales of mid-size SUVs will grow 16% in the next 5Ys while large SUVs will actually increase 25%.

A CareerBuilder survey finds 71% of the employed population is now in debt and a whopping 78% of full-time employees said they live paycheck to paycheck.