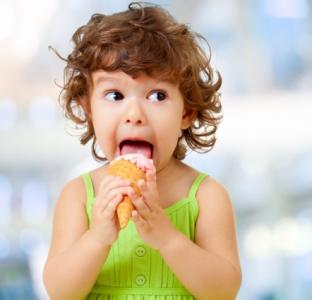 The Daily Meal has some advice when it comes to losing weight. Specifically, when you are trying to lose weight and hit a wall or plateau, there could be perfectly rational reasons. Among them: you might not be drinking enough water (the body needs water to break down fat), you might not be eating enough fats (low fat foods can leave you hungry) and you could be eating too much protein (the body stores excess protein as fat).
Banks too can sometimes hit a plateau when it comes to satisfying customers it seems. Consider for instance that while direct banks only account for 6% of total bank deposits in the US, they seem to be gaining popularity and have higher customer satisfaction than traditional branch-based bank peers, according to J.D. Power's 2017 U.S. Direct Banking Satisfaction Study. Should this recent survey concern community bankers? We thought we would take a closer look to find out.
Direct banks received overall satisfaction scores of 865 in the study, out of 1,000 possible points. This compares to traditional branch-based banks, whose overall score was 816. Further, 76% of direct bank customers say they would definitely recommend their banks vs. 57% of traditional bank customers. Similarly, 72% of direct bank customers said they would definitely continue to use their banks vs. 56% of traditional bank customers.
Although this level of loyalty surprised us a bit, if you look at the demographics of a direct bank customer, it is not as surprising. True to expectations, most direct bank customers are younger, more cost-sensitive, more digital savvy and have a straight-forward relationship with their bank. Since their relationship is platform based, it is also easier for them to change banks should fees increase or customer service falter. This could leave a door open for community banks with some direct bank customers.
It's not news that people are increasingly doing banking electronically. Until now, however, one major differentiator between direct banks and traditional banks has been the fact that many customers still prefer talking with someone face-to-face when they need them. While customers ultimately still want to speak with an actual human being at their bank when a problem or question arises, it appears that phone access is sufficient in most cases, making in-person interactions less crucial to customer satisfaction than was once the case.
To provide a high level of customer service, direct banks not only quickly address and solve customer problems, but also apologize for any issues customers have. Customers who received apologies from customer service representatives had an overall satisfaction score of 852 vs. an overall satisfaction score of 752 for those who didn't receive apologies. A simple thing seems to make a big difference here.
While we all know superior customer service is key, online and mobile services are certainly increasingly vital areas for community banks. Oftentimes, the more features provided on bank websites and apps, the more satisfied the bank customer. In fact, the study found direct bank customers whose bank websites or apps offer 5 or more features were much happier than those who had fewer features. This may be food for thought as you review your online banking features and apps.
Of course, simply offering more online services or greater phone support may not be what your bank needs to compete against other banks. As such, continue to monitor what your customers consume financially and tinker with your business model to provide them with those services they will most likely use to keep them happy.
Subscribe to the BID Daily Newsletter to have it delivered by email daily.

Yields tumbled 4bp as investors reacted negatively to President Trump's comments that he was considering letting the government shut down if wall funding was not provided.

S&P Global Market Intelligence reports that through Q2 of this year US banks and thrifts closed a net 2,238 branches vs. 1,453 for the same period last year.

To get a gauge on what has been happening to yields this year we note that the 2Y Treasury is currently at 1.32% while the 10Y is 2.19% (an 87bp spread). This compares to an average spread this year of about 105bp (or roughly 17% higher). In short, as the Fed has raised rates and the 2Y has climbed some, the longer end has been stuck in molasses (leading to a flattening of the yield curve). Also of note, the 10Y has whipped around wildly this year, jumping between a high of 2.63% and a low of 2.13% or about a 23% range between high and low (the 2Y has moved within a 27bp range).

Treasury Secretary Mnuchin indicated that the carried interest tax break may be continued for companies that create jobs, while looking to remove this incentive for hedge fund managers. This exception could be beneficial for many of your small and medium business customers.

Community bankers seeking to more analytically quantify ALLL components can incorporate accounting and regulatory best practices with a systematic and repeatable process. Contact us today for more information.
Copyright 2018 PCBB. Information contained herein is based on sources we believe to be reliable, but its accuracy is not guaranteed. Customers should rely on their own outside counsel or accounting firm to address specific circumstances. This document cannot be reproduced or redistributed outside of your institution without the written consent of PCBB.