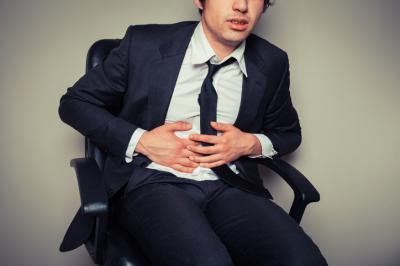 In a twist that is certainly giving Exxon and other gas and oil companies' gas, France announced it plans to end sales of gas and diesel cars by 2040. Of note, France's goal is well behind Norway (2025) and India (2030), but is nonetheless a big move toward ending fossil fuel usage it would seem. It looks like electricity will be all the rage in the next 10Y to 25Ys or so.
In similar fashion, sometimes new accounting rules can also give community bankers indigestion. It therefore comes as a pleasant surprise that a new interpretation of a FASB rule could actually save community bankers money. According to the ABA, its interpretation of a long-standing FASB rule means more community banks should be able to avoid being categorized as a public benefit entity (PBE). That can save on costly compliance.
This new interpretation is a result of lengthy discussions involving the ABA, FASB and the AICPA. At issue was the definition of a PBE because it requires extra disclosure under FASB standards. Since 2013, most closely-held community banks have tended to be included in the PBE definition, while non-PBEs are exempt from the disclosures. The ABA says many more closely-held community banks may be able to claim non-PBE status under the new interpretation.
Much of the discussion about PBEs revolved around Call Reports that banks file. Some factors in FASB rules that were used in determining when a bank is a private entity versus a PBE involved certain information disclosed in Call Reports. Prior to 2017, the ABA and others determined that most US banks would more than likely be classified as PBEs simply because they filed Call Reports. But discussions this March with FASB appear to have changed how the ABA and others now view the PBE rules. The ABA says that the understanding that came out of the FASB discussions was that fewer closely-held community banks need to declare themselves PBEs, and can instead consider themselves private entities. The ABA recently issued a news release to alert banks to its new position on this.
A private entity can be exempt from some accounting disclosure requirements, or is given more time to implement new FASB standards, or can make use of accounting options and alternatives not available to PBEs. The ABA cited a new fair value disclosure rule set to take effect in 2018 that requires a PBE to estimate exit pricing for a transaction. By not having to go through the exit pricing process, a non-PBE bank could save $10,000 to $25,000 in annual costs.
Exactly what are the circumstances under which a community bank gets to claim non-PBE status? Unfortunately, that is not a simple question to answer. In April, the ABA issued a paper to offer some guidance. In it, the ABA discusses the concept of Call Reports and its relation to the PBE definition, as well as a look at various types of company designations and investment types that might raise questions, including S corporations, non-SEC-registered securities, TruPS, and CDs.
A community bank that wants to shift from PBE to private company status can use the ABA paper as guidance. But ultimately the decision rests with your bank and its accounting team. The ABA recommends that banks seeking to claim private status, and exemption from PBE rules, conduct thorough reviews of their financial situations to make certain that they qualify. Furthermore, reviews need to be updated periodically to insure non-PBE status is still valid. Be sure to pay particular attention to any changes in governance or contractual agreements; new products; debt or equity that might be considered securities; and, of course, any changes in rules or regulations.
While conducting those reviews will probably cause some indigestion for your team, the net result of gaining non-PBE status could still be a plus if you are able to switch designation.
Subscribe to the BID Daily Newsletter to have it delivered by email daily.

Yields sprang up 2bp as PPI increased slightly and some headway was made on the healthcare bill.

Sorry, market rates are currently not available for this issue.
Jobless Claims: Holding Near Lows

1) Wells Fargo announced it will sell its commercial insurance business, Wells Fargo Insurance Services USA, to USI Insurance Services LLC (NY) for an undisclosed sum. 2) New York Community Bancorp ($49B,NY) said it will sell about $500mm of selected residential mortgage assets and servicing rights on over $20B of residential mortgage loans to Freedom Mortgage Corp (NJ) for an undisclosed sum, as it focuses on its core business model and higher earning assets.

The Financial Stability Board is warning a crackdown on BSA/AML by US agencies and subsequent de-risking activity by banks, has led to a decline in correspondent banking relationships that now poses a threat to the stability and integrity of the global financial system.

JPMorgan projects the Fed will start to normalize its $4.5T balance sheet beginning in Sep of this year.

The OCC in its most recent report is warning bankers that it will be paying "close attention" to the potential strategic risks that may be growing in banks as a result of taking on new financial technologies.

National Association of Corporate Director research finds boards of directors are averaging about 248 hours per year per company. This is an 18% jump from the period prior to the credit crisis.

Community bankers face many difficult challenges every year, but you are not alone. Our experts stand ready to help you address a variety of issues. Go here to view options and opportunities: https://www.pcbb.com/products/
Copyright 2018 PCBB. Information contained herein is based on sources we believe to be reliable, but its accuracy is not guaranteed. Customers should rely on their own outside counsel or accounting firm to address specific circumstances. This document cannot be reproduced or redistributed outside of your institution without the written consent of PCBB.