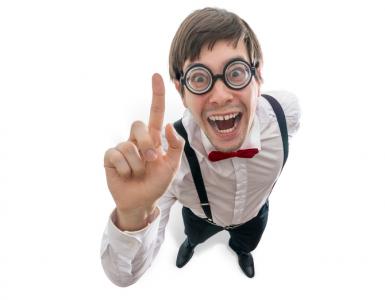 Really smart people are known as geniuses, but that term isn't strictly defined. It generally means someone with an intelligence quotient (IQ) score of 175 or higher. Given how the math works around such scores, about 67% of the population has a score between 85 and 115, while about 5% of the population scores above 125 and 5% below 75. To get into the high IQ society of Mensa you have to score at the 98th percentile or higher on the test. This brings us to our discussion today around some of the things the smartest banks will do related to succession planning.
Succession planning is important for all banks and it is becoming even more important. After all, 60% of respondents to a Bank Director survey expect their bank's CEO and/or other senior executives to retire within 5Ys. Yet only 45% have both a long-term and emergency succession plan in place for the CEO and all senior executives.
We've written before about the need to address long-term succession planning issues. It is just as important is having a plan to address what happens if there's an immediate need to fill a leadership slot. No one wants to think about the sudden death, incapacitation, resignation or termination of a high-ranking bank executive, but it happens. After all, life doesn't always go according to plan, so it's certainly better to be prepared than left scrambling in a tense and highly volatile situation.
Indeed, formal emergency succession planning is a fundamental board responsibility to ensure the bank's operations continue seamlessly in the event the unexpected happens. It's important to have a plan for all senior executives and staff within the bank, not just the CEO.
If you realize that your bank does not have an emergency succession plan in place, it should become a high priority on your board's list. It helps to assign a board member to lead the task to get the mission accomplished effectively.
To avoid unnecessary problems, it's also prudent for banks to craft a formal plan that can carry the bank for at least 90 days. This typically buys the bank enough time to mull over the most appropriate options for both the short and long-term. The plan doesn't have to be long or overly complex, but it should set out the process that will be followed. Among other things, it should define the interim executive key responsibilities, restrictions and compensation. The plan should also lay out the bank's internal and external communication strategy in the event it needs to be triggered.
Keep in mind that you may not have the same candidates in an emergency plan as you would in a long-term plan. If you have no heir-apparent, for instance, you might consider a retired CEO, board member or outside party to take over for the short-term.
Also, while you don't want to shout your emergency plans to the entire company, you do need to make sure that the people involved in the plan are aware of it. You wouldn't want to craft an entire plan only to find out that the person you've named for a crucial role doesn't really want the job or can't take it.
Remember that these plans aren't static. They should be reviewed and discussed by the board at least once a year because situations change. Candidates who at one time were appropriate for a particular role may no longer be the best choice. Conversely, employees who may not have been ready to ascend to leadership a year earlier may have developed significantly.
Emergency plans are a critical part of effective succession planning. Hopefully, you'll never need to act on the plan but it never hurts to have one nonetheless. It doesn't take a genius to know that it's one less thing to worry about if it does become essential one day.
Subscribe to the BID Daily Newsletter to have it delivered by email daily.

Yields jumped up 7bp as the topic of policy change from the European Central Bank caught investor focus.

Fed Governor Powell said the agency plans to revisit redundant, inefficient and unessential regulations and adjust as appropriate. He indicated the Fed is moving to a more principles-based approach that will eliminate really specific directives that the Fed gives to boards in an effort to increase transparency and reduce burden.

Regulators indicate compliance risk relates to laws, rules, and regulations that may apply to a bank's corporate and risk governance structure, principles, and practices. A failure to establish a sound compliance program that addresses all laws and regulations, and that includes a BSA program reasonably designed to ensure and monitor compliance with the record-keeping and reporting requirements, exposes the bank to increased legal and reputation risks.