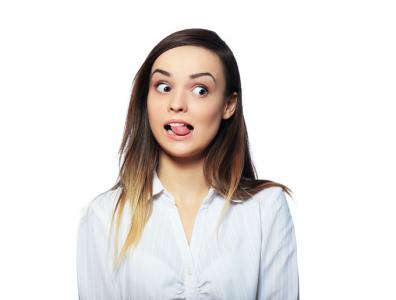 An interesting research paper published by the International Journal of Multidisciplinary Research looked at the impact of different personalities of managers on employee performance. It found there are six main types of managers that people work for: respected professional (task driven, honest, reliable at 29%; caring mentor (cheerful, generous, flexible at 26%); win-at-any-cost (tough, controlling, ruthless at 19%); taskmaster (get the job done but without much concern for employees at 10%); likeable loser (nice person but not competent at 9%); and the glad-hander (friendlier than win-at-any-cost but similarly, considered dishonest, unreliable, clueless and uncaring). To make a big difference at your bank, strive to become either a respected professional or caring mentor to get approval ratings closer to 80% from employees and keep them happy.
Happiness can be fleeting, but investors in community banks have had a good run since the end of the 2008 credit crisis. Now many experts think the rest of 2017 will bring particularly strong performance for investments in community banks.
Tim Melvin, who writes about community bank stocks for thestreet.com, says that a rollback of some Dodd-Frank regulations could push community bank earnings up by as much as 30%. This is in addition to the 30% that small bank stocks gained during the stock market run-up in the last three months of 2016. Because community banks have historically rewarded stockholders with dividends and share buybacks, Melvin thinks that much of that increase may end up in shareholders' wallets.
The reduction of Dodd-Frank regulations isn't the only factor that could drive community bank performance. Small business optimism reached a record high at the beginning of the year, standing at 105.9 and marking the highest level since December 2004. Much of the increase can be tracked to heightened expectations for the economy. As long as that holds up, things look good.
Expectations are also high for further rate hikes this year. Most pundits expect 1 or 2 more, so that too should help community bank performance.
Despite all the noise going on worldwide, the US stock market has continued the bullish run that began after the most recent presidential election. Investors in a buying mood like businesses that make sense to them, and a community bank's business model is much easier to understand than that of a global bank.
Although not certain, the year may also usher in a change in corporate tax policy. The Trump administration has made cutting corporate taxes to 25% or maybe even 15% a priority. Most banks pay a lot in taxes, so any cut would be welcome and definitely benefit community banks enormously.
Pushed by the cost of meeting regulatory requirements, some community banks have merged or purchased others, while others have struggled along and adjusted their business model in response. Now that rates are heading higher, the sunlight is coming in for community bankers so that is generally good.
To enhance your stock price, be sure to create a track record of strength and prudent stewardship of the bank. Combine those qualities with better margins and more profits, and investors may indeed start lining up to get involved.
Opportunity is all around for community banks, so as with managers, it is important to focus on being professional, caring, cheerful, flexible and honest to give yourself a good shot at taking advantage of what the market delivers.
Subscribe to the BID Daily Newsletter to have it delivered by email daily.

Yields jumped up 4bp after Fed NY President Dudley said rising wages and a tight labor market will push inflation higher in the future. His comments reversed market blather that had been saying further rate hikes might be off the table.

1) First Foundation Bank ($3.7B, CA) will acquire Community 1st Bank ($373mm, CA) for about $50.4mm in stock (100%) or about 2.04x tangible book. 2) Fiserv will acquire mobile banking and payments software company Montise for $90mm in cash. 3) State Bank and Trust Co ($4.2B, GA) will acquire AloStar Bank of Commerce ($944mm, AL) for about $196mm in cash (100%) or about 1.0x tangible book. Analysts say AloStar's price was negatively impacted by the fact that much of its deposits come from internet and correspondent banking channels.

The FOMC said it will reduce its $4.5T balance sheet gradually by decreasing reinvestment of principal payments received up to specified caps. Those caps are reducing the balance sheet by $6B each month once it starts, rising in $6B increments until it reaches $30B per month.

Research by the Information Security Media Group on ransomware finds: 76% see ransomware as a significant business threat, 18% see it as a threat but not to their organization and 5% see it as an overhyped news story.

Growing Globally: Small Biz Need for Payment Solutions
June 20 | 10:00am - 10:30am PT | Webinar Register
Are you currently providing international services for your customers? The global market is growing and with small businesses making up 97% of all exporters, your customers will be growing too. Knowing how to support your business customers will add to the level of service you can provide and bring deeper, more long-term customer relationships.
Copyright 2018 PCBB. Information contained herein is based on sources we believe to be reliable, but its accuracy is not guaranteed. Customers should rely on their own outside counsel or accounting firm to address specific circumstances. This document cannot be reproduced or redistributed outside of your institution without the written consent of PCBB.