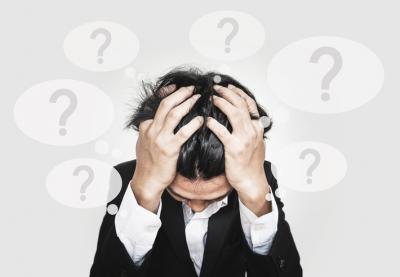 by Steve Brown
Share this Article:
An Australian study of US corporate executives finds about 20% has psychopathic traits. These traits include such things as: exploiting, manipulating or violating the rights of others; lacking concern, regret or remorse about other people's distress; behaving irresponsibly and showing disregard for normal social behavior; being unable to control their anger; lacking guilt; not learning from mistakes; and blaming others for problems in their lives. These managers typically create chaos around them, can be toxic to other employees, and will engage in unethical and even illegal practices. The good news is that given the data, that means around 80% of managers do not have that issue.
Issues abound in banking and these days and a survey of business owners by US Bank sheds some light for community bankers to ponder. It found 88% of respondents say that they will do at least some of their banking in a physical branch in the next 5Ys. Further, the single most important quality they look for in their bank is the ability to bank through multiple channels (online, mobile and in person branches). As such, it is critical to manage your branches for the best possible impact.
Certainly, in today's rapidly advancing world, banks need to focus on making the most meaningful omnichannel experience for customers. The good news is that this still includes an effective branch network. The key is to be coordinated in your efforts to serve customers across all channels.
As noted in a recent whitepaper by CSI, one way to do this is when a customer starts the account opening process online and is pre-emptively contacted by branch personnel to offer personal assistance in completing the process. Another way to bridge your branch with digital customer activities is to make it easy for customers to schedule appointments via an app or online and then direct them to your branch banking experts.
Although many banks are reconsidering the viability of their branch networks, there is clearly an important place for them in the larger scheme of things. Interestingly, even digital-only players are starting to recognize the virtue of branches. Even a startup virtual bank based in Ireland is planning to open a few branches because so many people distrust digital-only entities and want to be able to communicate face-to-face on some issues.
Consider also that US customers who visit branches are occasionally more satisfied with their banks than those who only use mobile and online channels, according to a JD Power study. Notably, overall satisfaction among those who visited a bank branch within the past year is about 3% higher than among those who did not. While that may not seem like much it can add up.
This isn't to say that banks can continue to operate branches exactly as they have in the past, of course. Rather, banks will need to do more to update branches based on ever shifting customer needs and wants.
As we have covered in past articles, some larger banks have already started to update their branches in look, feel and function. Glass walls are replacing traditional wood, and some are adding such amenities as coffee bars, cafes and rows of computers for customers to pay bills online.
Banks have also shifted resources here too. Some have moved to a model with fewer tellers, more private meeting rooms and offices for private chats with customers. These changes recognize that customers are more likely to come to branches for sit-down advice and discussions than for simple transactions they can do online, via mobile phone or at an ATM.
Over time, branches will undoubtedly look differently than they do today. But, they will nonetheless remain a viable force in banking. Keep talking to your business customers about their evolving banking needs and they may just guide you to where your specific branch needs to go in the future. When you do, be sure to see if they behave irresponsibly, are angry, or seem manipulative to further protect your bank.
Subscribe to the BID Daily Newsletter to have it delivered by email daily.

Taking Vacation And Preparing For CECL

A survey done by KPMG of the banking outlook reveals that over the next 3Ys to 5Ys, the top drivers of transformation for the business are: customer demand/changes in customer focus, buying patterns and preferences (47%); coping with the change in technology (43%); domestic competition (37%); government policy/enforcement agenda (29%); and the requirement to balance growth with shrinking budgets and increased efficiency (29%).

A CNBC survey of small business owners finds 62% do not expect regulatory changes under President Trump to improve their bottom line.

Research by CTRL-Z finds 75% of company CEOs surveyed said they use unauthorized software applications or programs. Even scarier, 91% of CEOs say they believe their actions could be considered a security risk to their organization.