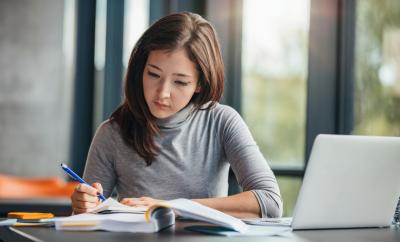 A study by the Organization for Economic Cooperation & Development looked at the financial literacy of teenagers. It found that while a good 56% of them have a bank account, 67% did not have the skills to manage it or interpret a bank statement. Further, only 12% scored out with a high financial literacy. Kids are good at many things (technology for instance), but clearly there is more work to be done on the financial side so bankers can get a quality future crop of new employees down the road. Well, at least we have a starting benchmark - albeit perhaps not the best one.
It has been a while since we brought you an update on the Internet of Things (IoT), so we do that today. Recall that IoT is a fancy way of talking about the connection of virtually any device to the Internet and to a network of other devices. Cisco's CEO estimates that the IoT will create $19T worth of value over the next decade. Naturally, we thought it was worth providing you with some of the latest information.
Despite the fact that experts predict there will be as many as 25B operational IoT devices within the next few years, a recent survey by International Data Corporation found that only 43% of bankers are aware of IoT. Meanwhile, the same survey found that 58% of decision makers within the financial industry think that the IoT is a strategic initiative, while another 20% view it as being transformational.
Though the IoT remains relatively nascent, the first generation of devices is already having an impact on the financial industry. From wearable payment devices such as Visa's payment ring at the Olympics, to voice activated devices like Amazon's Echo there are many examples. There are also more widely utilized mobile payment services like PayPal and Apple Pay. As these gain traction, consumers have begun embracing many of the devices and services that make up the burgeoning IoT.
While much of the banking industry is still figuring out its role in the IoT, it is already clear there could be benefits. The interconnectivity of devices has created a wealth of information on customer spending habits that banks can use. Doing so can strengthen customer relationships, provide insight and ultimately increase revenues. On the operational side, benefits include not only reduced operating costs and enhanced security, but also the ability to quickly adapt to changing customer preferences.
Although the full realization of IoT is still in the future, many banks have already begun investing in infrastructure. The IoT Business Index 2017, a survey conducted by The Economist, found that the financial services industry has already increased its spending on IoT infrastructure by more than 50% over the past 3Ys. Forecasts also point to an equally large increase in spending over the next 3Ys. Also of note, a survey of bankers conducted by Tata Consultancy Services found that, on average, the spending of individual banks on IoT is expected to reach $153.5mm by 2018. That is roughly a 31% increase from the average $117.4mm individual banks spent in 2015.
But, with reward also comes risk. So, be mindful of the downside of IoT. It creates additional opportunities for criminals to try and hack into individual bank accounts, payment service accounts, or to access credit card information. Then, there's the increased likelihood that hackers could use the interconnectivity of so many devices to step up attacks perhaps even coming from digital toasters as an entry point.
Given the complexity of the IoT and the myriad of businesses and devices included within it, community banks should be aware of its elements and tracking things at this point. Whether or not your bank is ready to start looking at this level of technology, it would be wise to begin at least reading about it and ramping up internal education. In this way, at least you will be well informed along the path of the Internet of Things no matter your current IoT literacy level.
Subscribe to the BID Daily Newsletter to have it delivered by email daily.

Research by PwC finds 82% of millennials say they use mobile banking and 60% of all smartphone users use it as well.

KBW research indicates the following banks are likely targets for M&A purchase, given such factors as operating in strong markets, facing growth challenges or having private equity owners seeking to cash out. They are: Associated Bank ($29B, WI), Banc of California ($11B, CA), Bank Mutual ($2.7B, WI), Boston Private Bank & Trust Co ($8B, MA), Florida Community Bank ($9B, FL), Guaranty Bank and Trust Co ($3.4B, CO), Investors Bank ($24B, NJ), Pacific Mercantile Bank ($1.2B, CA), Sun National Bank ($2.3B, NJ) and Atlantic Capital Bank ($2.8B, GA).

Growing Globally: Small Biz Need for Payment Solutions
June 20 | 10:00am - 10:30am PT | Webinar Register
Are you currently providing international services for your customers? The global market is growing and with small businesses making up 97% of all exporters, your customers will be growing too. Knowing how to support your business customers will add to the level of service you can provide and bring deeper, more long-term customer relationships.
Copyright 2018 PCBB. Information contained herein is based on sources we believe to be reliable, but its accuracy is not guaranteed. Customers should rely on their own outside counsel or accounting firm to address specific circumstances. This document cannot be reproduced or redistributed outside of your institution without the written consent of PCBB.