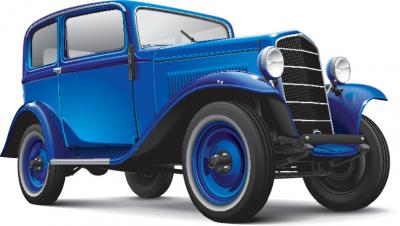 by Steve Brown
cybersecurity
Dodd-Frank
CFPB
risk management
Share this Article:
Back in the day, people sometimes referred to older cars with such terms as clunker, rattletrap, junker, bucket of bolts, or old jalopy. These days, we find it interesting that an IHS study finds the average length of time people own their car has reached a record 79.3 months or almost 7Ys. That makes some sense when you consider how tight people got with their money following the crisis and the fact that the average price of a new car is now $34,342 according to Kelley Blue Book. When you drive around in a car that is that old, you have to know you are also taking some additional risk.
Speaking of risk, a Bank Director survey of independent directors and senior executives at banks with assets of $500mm+ looked at risk management practices. It examined the most important risk management challenges bankers face and what kind of relief they expect to see on the legislative front.
First and foremost, 82% of respondents expect to see some regulatory relief in 2017. However, a surprising 7% said they want to see Dodd-Frank upheld without changes. Even more surprising perhaps, the survey found 100% of executives at banks with assets less than $5B did not want to see changes. This surprised us a bit, to say the least.
Rather than dwelling on Dodd-Frank, bankers focused on the Consumer Financial Protection Bureau (CFPB). Here, some 70% want to change the CFPB's structure and 66% want to reduce its enforcement abilities. This would certainly tend to reduce regulatory burden.
Next, the survey found that on fintech partnerships, 84% of respondents think that bank regulators are amenable to products and services created through relationships between banks and third-party financial technology vendors. (That said, many bankers we talk to are scared of potential regulatory blowback due to complexity issues related to customers, but that is for another day.) Most likely, this will continue to be a focus area for both regulators and banks, as technology advances.
Not surprisingly, 77% of bank executives say that their boards have talked about Wells Fargo's cross-selling scandal and its effect on that bank. Of this group, 42% have reconsidered the incentive compensations they offer employees; the same percentage reassessed sales goals and culture and 8% actually dropped their cross-selling programs to avoid any potential risk. We will most likely continue to see the effects of this incident throughout the year, as bankers and regulators remain sensitive to how products and services are positioned.
Cybersecurity also remains on the top of mind for bankers. Here, the survey found 51% of respondents said preparing for and protecting against cyberattacks are key challenges. That said, banks are being proactive in this area, with 82% of respondents investing in technology designed to detect and prevent cyberattacks. This is despite the fact that only 26% of banks surveyed and 20% of banks under $1B, actually said they had been the victim of a cyberattack in the last 2Ys. To stay ahead of this risk, 81% have implemented better employee training and 75% have both improved internal controls related to information security, and improved and tested their cyber-incident management and response plans. This level of pre-emptive preparation is critical as cyberattacks become more sophisticated and the bad actors continue to be stealthy.
Perhaps this survey provides some insight into what your fellow bankers are thinking and doing around the latest risk management practices and concerns. After all, there is no sense driving around in that old jalopy of a risk management program when regulatory and industry issues continue to change.
Subscribe to the BID Daily Newsletter to have it delivered by email daily.

Taxation and Representation for Community Banks

Online player Social Finance applied with the FDIC on June 6 to obtain a de novo bank charter. The application is open to comment through July 6.

Regulators define risk governance as: the principles of sound corporate governance to the identification, measurement, monitoring, and controlling of risks to ensure that risk-taking activities are in line with the bank's strategic objectives and risk appetite. Risk governance is the bank's approach to risk management and includes the policies, processes, personnel, and control systems that support risk-related decision making.

Credit Suisse projects 25% of the 1,100 malls in the US will close in the next 5Ys. Already this year about 49mm in square feet of retail space has closed year to date, which extrapolates to 147mm by the end of the year - an all-time high.

An FTC study that looked at how hacked consumer data is used finds the time before the first unauthorized access attempt occurs is 1.5 hours and the second one comes just 9 minutes later.