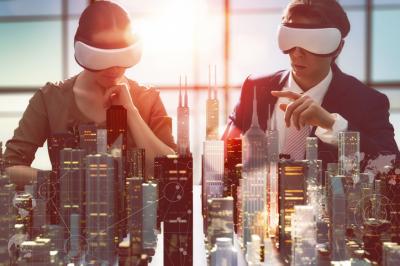 by Steve Brown
Share this Article:
A CNBC survey of Disruptor 50 founders and CEOs finds just over 56% of respondents said 11% to 25% of America's workforce will be replaced by machines or software in the next 10Ys. Also of interest perhaps, some 68% of the visionaries who responded said artificial intelligence is critically or very important to their businesses. As the survey points out, community bankers too should be thinking constantly about the future and in particular - where risks and opportunity may lie ahead for you.
Almost 50Ys ago, machines began their takeover of banking when ATMs came on the scene. Today, new changes are afoot that will allow bank customers to get cash, make deposits and check account balances all without ever using a plastic card.
Like many advances in banking and payments, this latest option plays to the fact that while many people might leave their wallets (and their bank cards) behind, they are almost never without their mobile phones. Hence, several banks -- from the largest including JPMorgan and Wells Fargo to fellow community banks -- have announced plans to provide customers access to ATM services using their ubiquitous cell phone rather than a magnetic stripe- or chip-enabled card.
The idea is that this move will not only make ATM access easier for mobile-dependent bank customers, but will likely reduce the incidence of "skimming". Large banks like Wintrust Financial, a $20B company that operates more than a dozen community banks throughout IL and WI added cardless access to all of its 250-plus ATMs about 3Ys ago. Several community banks are also following suit, seeing this as an opportunity to boost customer convenience and reduce fraud.
Mobile phone ATM access works differently at different banks, depending on the implementation. Some send customers a one-time access code they can use to get into their accounts at the ATM. Others require customers to tap their phone on the ATM to authenticate their identity. Still others allow customers to pre-arrange their withdrawal amount via their cell phone and then scan a QR code they receive to get their money at the ATM.
No matter the method, the shift is very much in line with developments at banks in Japan, India, Brazil and other parts of the world. There, customers can access their accounts at an ATM (or on their mobile phone) using a biometric identifier such as a fingerprint or an iris scan.
Here in the US, research by Crone Consulting finds less than 3% of ATMs currently allow cardless access. That said, the percentage is projected to rise to as many as 25% by year-end, according to the bank consulting firm.
For community banks, cardless ATM access is seen as a way to engage younger customers who may feel less connected to their bank than they do to their mobile provider. Look no further than a Viacom survey that found 75% of millennials are more excited about companies like Apple and Google offering new financial products than their own banks. So, providing a cardless ATM service may entice these technological connoisseurs.
Of course, technology development is not without its issues. Many of these cardless ATM access options require customers to download yet another app on their cell phone. Also, this service is usually only offered to current bank customers. Finally, the more it is used the more hackers will certainly seek a way in so constantly look at the pros and cons as you dig in here.
Nonetheless, this option could help some community banks stay competitive, while others may not need this type of convenience. Research and review will help you determine your next step on cardless ATMs.
Subscribe to the BID Daily Newsletter to have it delivered by email daily.

The Fed has permanently barred two former Regions Bank executives from the banking industry. The two SVPs worked in Regions Equipment Finance Corp and admitted to attempting to steer the subsidiary to buy insurance from a shell company that paid them kickbacks.

Congress has finally moved forward with a bipartisan amendment that could allow banks to do business with marijuana companies. We will continue to track this and report back to you.

Moody's projects the US economy will expand at a 2.4% pace this year as G20 economies collectively grow at an annual rate of 3.1% this year and next.

Hedging for Your Loan Portfolio

With interest rates increasing, community bankers may find the need to hedge a portfolio of long-term fixed assets by locking in funding costs to protect NIM. For more information on how to do this: https://www.pcbb.com/products/hedge