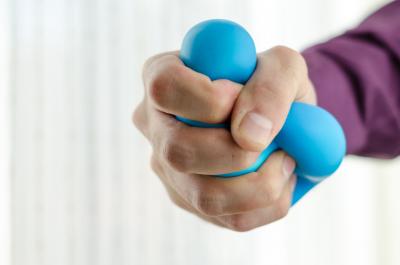 Feeling The Squeeze In Banking

Community bankers have been crushed by regulations since the credit crisis began. This pressure has been so intense it has some thinking the pressure is about the same as what it takes to turn a chunk of coal into a diamond. While we know some of the banker scientists out there will say that isn't how it works, you get the point.
The industry has been squeezed all over the place in the past few years. Low interest rates squeezed margins. Regulatory and compliance requirements squeezed profits and now many community banks are being squeezed by the aging and retirement of senior management team members (or directors).
Add this all up and a community bank can come down with a case of management fatigue. As the struggle to keep up with competitive pressures intensifies with the rise of new, non-bank lenders, some community bankers may think the solution is to sell the bank and run away.
In its 2017 Bank M&A Survey, Bank Director found that while 76% of banks say they don't plan to sell their bank by the end of this year, that still leaves 24% or so thinking about it. For the interested sellers, about 54% cited rising regulatory costs and 48% cited shareholder demand for liquidity as the primary reasons.
Of course, pricing still remains a big deal that isn't easily resolved. Here, the survey found 83% of those who said they were open to selling or seeking an acquirer saying they haven't yet been offered a fair price for the bank. While fair price wasn't defined, one often hears 2x book is a trigger despite market fluctuations and realities. Given things have been trading well inside that level, it appears that despite industry pressures, most community banks seem content to continue to go forward rather than throwing in the towel.
For those who may be wondering, the same survey found that about 46% of banks said they were likely or very likely to purchase another bank by the end of this year. This is consistent with such surveys that usually find about 2x as many banks say they expect to acquire another banks as those who indicate they might be interested in selling.
The same survey also took a close look at the reasons deals typically fall apart despite the best intentions of buyers and sellers. Here, buyers indicated the top five factors that led them to walk away from a potential opportunity were: too high a price (64%), credit quality (54%), culture at target bank (49%), regulatory concerns (17%) and other (12%).
No matter the pressures bank management teams and boards feel these days, it seems the business opportunity will keep many from checking out and heading for the exits. Certainly, ongoing fatigue is likely, but many also hope for a reduction in the plethora of regulations in the coming quarters, so everyone can get back to the core of community banking.
Until then, hang in there and work to reduce your fatigue by utilizing such steps as: drinking plenty of water, exercising, monitoring caffeine intake, eating a good breakfast each day, getting enough sleep, losing extra weight, and maintaining good blood sugar levels.
Subscribe to the BID Daily Newsletter to have it delivered by email daily.

Yields sagged 4bp on the economic news of the lowest core inflation in more than 1Y.

The ABA and Washington Federal ($15B, WA) filed a motion for summary judgment in their class action lawsuit related to an improper reduction in dividends paid to Fed member banks. Recall that dividends were cut as part of the 2015 highway spending bill.

Regulators closed Fayette County Bank ($34mm, IL) and sold it to United Fidelity Bank ($574mm, IN) under a purchase and assumption agreement. United gets 1 branch, all of the deposits and about 84% of the assets.

Fed San Francisco President Williams projects the Fed will shrink its balance sheet down from $4.5T today to about half of that level in the next 5Ys.

FHLMC reports almost 50% of borrowers who refinanced their homes in Q1 took cash out vs. 90% reached during the peak period prior to the credit crisis. The level is the highest since 2008.

A Fed roundtable event on CECL indicates bankers should be taking the following steps as part of their CECL process: educate management/board; establish a committee; discuss with peers, auditors, agencies; review existing practices (ALLL, data collection, etc.); determine what data will be needed and when; estimate the impact on capital and keep the exam team up to date.
Copyright 2018 PCBB. Information contained herein is based on sources we believe to be reliable, but its accuracy is not guaranteed. Customers should rely on their own outside counsel or accounting firm to address specific circumstances. This document cannot be reproduced or redistributed outside of your institution without the written consent of PCBB.