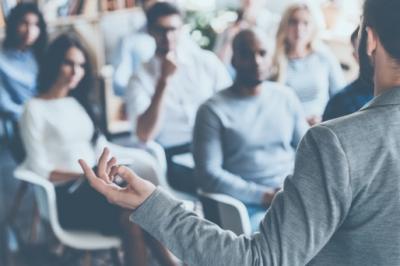 by Steve Brown
Share this Article:
As we read through a recent research piece by McKinsey, an interesting sentence caught our eye. It read: In the eight year period between the Netscape IPO and the acquisition of PayPal by eBay, more than 450 attackers - new digital currencies, wallets, networks, and so on - attempted to challenge incumbents (in the banking industry). Fewer than five of these challengers survive as standalone entities today. It seems that the banking industry with all of its rules is a tough one to disrupt. That doesn't mean bankers can rest idly however, because technology is beginning to take hold, so the future may not resemble the past.
In something more immediate to bankers where the future doesn't resemble the past perhaps, regulators are modifying how they conduct exams. Community bankers know it isn't always easy to prepare for a regulatory exam and the agencies seem to be tweaking their model some in response.
The FDIC for example has been testing a pilot program since 2013 for the safety and soundness part of the exam. Many required documents are examined offsite. Banks convert documents to digital images and securely transfer them to the FDIC, where examiners work from their desks without having to travel to the bank. This pilot program has worked well enough that the FDIC is now talking about expanding it to more banks starting as soon as this year.
Speaking in late March at a meeting of the Advisory Committee on Community Banking, the FDIC Director of the Division of Risk Management Supervision said a handful of safety and soundness exams had been conducted so far using digital images of documents offsite. Both the examiners and the bankers seemed to like working in this fashion.
Bankers have long been able to transmit some basic information to examiners in the early stages of an exam. The FDIC said in safety and soundness exams, about 33% of the work is already done offsite. But, when examiners want to review actual loan documents, they move into the bank for weeks at a time. It is this on-site work that is being pushed back into FDIC offices through digital imaging technology.
Under the pilot program, banks can respond to requests for documents by creating and sending digital images of paperwork files - loan documents, collateral, financials, and other categories of information required. Examiners then review the documents at their own desks, which makes it not only easier for the examiner but also for the bank. As the exam winds along, examiners interview bankers and do follow-ups. This helps narrow down the question and review list for when they eventually visit onsite. This approach under the pilot reduces the total amount of time examiners spend at a bank and reduces costs too.
When the pilot program first started, a few banks agreed to participate. The loan review phase of the safety and soundness exam in the pilot program tended to slash the onsite work time, so examiners spent one week doing offsite loan review activity followed by one week of onsite activity.
The main vehicle for enabling the offsite review is a standardized imaging format that the pilot program has developed. To participate, banks that already have digital imaging will need to adopt the new standards. Only about 50% of banks currently have imaging capability it appears, so more work needs to be done there too for bankers interested in participating. For many community banks, this investment may be worthwhile.
The banking industry infrastructure is well-anchored in regulations that won't likely change anytime soon, but it is nice to see the regulatory agencies moving to reduce the burden on community bankers by leveraging technology.
Subscribe to the BID Daily Newsletter to have it delivered by email daily.

Community Banker Count Down To The Brexit

Consumer Sentiment: Plans to Buy Durables, But Not Cars

The head of the FHFA has suggested he may order FNMA and FHLMC to maintain their earnings rather than send everything over to the Treasury. That would be an interesting shift.

CIO reports JPMorgan has moved its first technology application to a public cloud.