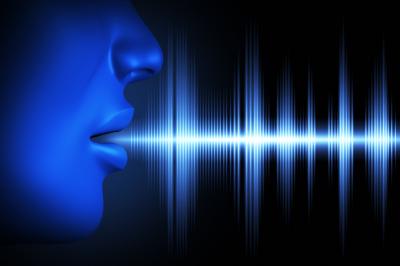 Community Banker Count Down To The Brexit

A study by eMarketer finds Amazon's Echo and Echo Dot speaker devices have a 70.6% marketshare in the US followed by Google's Home device with 23.8%. That means everyone else in this space is fighting for the remaining 5.6%. That is a long way for competitors to go to gain on these two juggernauts.
Speaking of countdowns, community bankers should note that the Brexit countdown has officially begun overseas. As expected, on March 29th, British Prime Minister Theresa May sent a letter to the President of the European Union (EU) indicating Britain's desire to leave the EU. This officially triggered Article 50 of the Treaty of Lisbon. Now that a 2Y countdown to Britain's exit from the EU is underway, the world is closely watching.
The impact on community banks has yet to be fully seen, but some things are worth watching. For instance, Volatility in the value of the British Pound (GBP) has become commonplace. Immediately following the triggering, the GBP fell against the US dollar, yet inched up against the Euro. Then, in mid-April, when Prime Minister May surprised the markets by calling for an early general election, the GBP was slightly boosted. Nonetheless, the GBP remains down roughly 12% from its pre-Brexit value.
Community banks watching this all play out should expect turbulence in the foreign exchange markets, along with the general financial markets, for the next couple of years. It would not be surprising as well to see investors steering clear of British assets in favor of US assets - something that could keep longer term US interest rates from moving up as quickly as predicted.
While it is yet unknown whether Britain will be able to manage a smooth and peaceful exit, there are some major issues to keep a close eye on. One such issue is whether or not UK companies will be allowed to continue freely moving goods and operating in EU countries (passporting rights). In fact, the UK is hoping it will be able to keep its oversight of Euro clearing. However, EU officials have said it is unlikely UK banks or financial institutions will be able to keep their passporting rights after separation.
Indeed, uncertainty regarding this issue has already spurred some banks to begin efforts on their own to ensure they can continue operating abroad, no matter how Brexit moves forward. One example is Lloyds of London, which has begun the process of turning a Brussels subsidiary into a branch. This move will allow Lloyds to continue its operations without interruption, regardless of what happens.
When it comes to trade, the UK would like to be able to negotiate individual trade deals on a country by country basis outside of the EU, but to also maintain a free trade deal within the EU for sectors such as financial services. Thus far, the EU doesn't seem favorable to those terms. In fact, the EU is calling for a trade agreement that would compel British banks and insurers to be subjected to EU oversight and regulation. This type of modification would prompt US banks with UK counterparties to review agreements or reassess those relationships.
Given the UK financial sector is unlikely to be able to maintain access to the single market, several of the banking industry's largest players have started moving jobs outside of the UK to locations within the EU. BofA is actively looking for office space in Dublin, for what it is calling an "emergency default option", if no agreement is worked out. Similarly, Goldman Sachs is starting to make arrangements to move some London personnel to its offices in Frankfurt and Paris, while HSBC, UBS and JP Morgan are also discussing movement of staff to other EU locations.
Although community banks may not be as directly affected by Brexit as its big bank competitors, the global economy affects all members of the financial community. No one knows how all of this will work itself out and what the actual impact to community banks will be. As such, we will continue to keep you updated over the next 2Ys as things shift so keep tuning in and listening for more.
Subscribe to the BID Daily Newsletter to have it delivered by email daily.

Yields bumped up 1bp due to positive economic data.

Merrill Lynch reports 47% of retirees say they have worked or plan to work in retirement. Also of note: 72% of pre-retirees age 50+ say they plan to do so.

Research by NerdWallet finds the average debt per household (including student and mortgage debt) was $132,529 at the end of last year.

Research by the Institute for Social Research Transition into Adulthood finds about 70% of young adults age 22 to 24Ys old get money from their parents to help vs. less than 50% in the 1980s. About 40% of people in this age group get $3,000 annually in help from their parents.

Research by Accenture finds 18% of Millennials switched their primary bank in the past year, almost double the rate of customers 35 to 54Ys old.

A Clutch survey of small business owners finds 29% still do not have a website.

TSYS Research of consumers finds the number of credit cards held is 1 (39%), 2 (26%), 3 (17%), 4 (14%).
Copyright 2018 PCBB. Information contained herein is based on sources we believe to be reliable, but its accuracy is not guaranteed. Customers should rely on their own outside counsel or accounting firm to address specific circumstances. This document cannot be reproduced or redistributed outside of your institution without the written consent of PCBB.