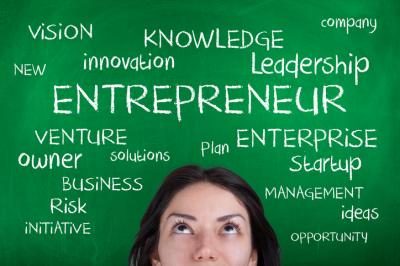 by Steve Brown
Share this Article:
It takes guts and grit to start a business. After all, Inc. reports 25% of new businesses don't make it past the first year and 50% fail within 5Ys. In addition, founders of a previously successful business have a 30% chance of success with their next business. Finally, growing too fast is cited as the top reason most new businesses fail. Hey, maybe this is why so few De Novo banks have been opened since the crisis (sic).
The good news is that no matter the reason or reasons, community banks are slowly rediscovering the joys of the start-up experience. In fact, the FDIC reports 8 applications were recently received to open new banks. Now, eight may seem modest, especially compared to pre-crisis numbers of 200+ back in 2007, but the needle is moving. Bankers know regulators use more scrutiny these days before accepting new bank applications, so any potential growth could be a good sign for community banking.
To see how far we have come, consider that after the financial crisis, regulators resolved to be extra cautious. They imposed a 7Y period of supervisory monitoring to reduce potential failures. Several years later, it seems the FDIC is ready to modify that approach a bit. "There is ample room for new community banks with sound funding and well-conceived business plans to serve their local markets," said Martin Gruenberg, FDIC chairman last April. Bank failure has become a rarity, lending opportunity seems plentiful and that has some thinking it could be time to restart the machine to fill gaps in local markets and provide services to communities that are overlooked by big institutions.
These eight new banks are rare birds indeed, but could also see success supporting regions where mergers may have left geographic gaps. Blue Gate Bank in CA opened in Jan, Winter Park National Bank will open in FL in Jul and Endeavor Bank in CA sent in its application last summer to name just a few. Meanwhile, other applications have been submitted in TN and GA as well, so things are moving along.
To show his willingness to study new bank applications with an open mind, Mr. Gruenberg kicked off FDIC outreach meetings last year in San Francisco, New York and Atlanta. Dallas, Chicago and Kansas City are next on his agenda. The FDIC chairman is telling prospective parties that the 7Y supervisory period has been shortened to 3Ys. He also waived a requirement that new banks with less than 3Ys experience submit any "significant change" in their business plan to the FDIC.
Prospective candidates appreciate the regulatory approach, but some argue it could be too little too late as well, given such extreme regulatory pressure right now. Still others expect to benefit from the Trump effect or rising interest rates, so emotions are running high in the De Novo world.
All bankers agree that relaxing Dodd Frank regulations should encourage more lending and bolster economic growth, but this one isn't likely to be dealt with by Congress until late this year or early next year perhaps.
In a good news piece for those seeking to launch new banks, the pool of skilled and experienced bankers has increased as well. M&A activity has been rolling along since 2007 in many markets, liberating some bankers who may be ready to take on a new challenge.
Our fingers are crossed as many elements appear to now be in place to energize the entrepreneurial spirit of De Novo banking.
Subscribe to the BID Daily Newsletter to have it delivered by email daily.

Drinking Up The Suds Of Innovation Teams

AltaPacific Bank ($348mm, CA) has terminated its deal with Commerce Bank of Temecula Valley ($75mm, CA), after shareholders of Commerce did not approve the transaction.

PayPal reported it has entered into separate agreements with Google (allows a consumer to use PayPal as a payment method in Android Pay) and Wells Fargo (allows bank customers to make purchases with their Android mobile devices) that significantly expands its opportunities.

Bank of America said that in Q1 its peer-to-peer payments platform processed $8B in payments - a 25% increase over the same period last year.

Research by Customer Insight Group finds small businesses cite the following as their biggest priorities for this year: attract and retain clients (58%), reduce costs (13%), improve software and IT infrastructure (8%), get paid faster or speed up invoicing (7%), track workflow better (6%), reduce time spent on administration (6%) and other (4%).