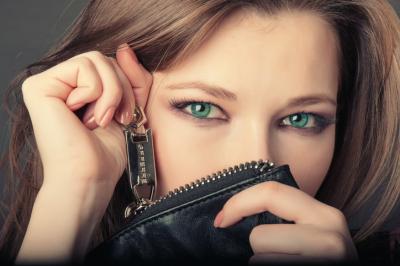 Certain Models Are Rarer Than Others

by Steve Brown Topics: Community Banks
Share this Article:
Did you know that people with green eyes are the rarest in the world? That's right, only 2% of the world's population has green colored eyes. When you also consider that there are only about 10,000 fashion models around the world, the percentage of that percentage of green eyes is indeed a rare sighting. On the other end of the spectrum meanwhile, about 55% of people worldwide have brown eyes, ranking it as the most common color. Speaking of models, the business model of the community bank is both rare and common, we might argue. To understand how, let's zero in on the key role community banks play at both ends of that spectrum.
For historical perspective, the oldest bank in the US is the Bank of New York-Mellon. It was founded in 1784 by Alexander Hamilton. Overall, there are about 2,500 community banks that have been in business for more than 100Ys.
Community banks have been a pivotal part of the expanding banking system way back then and still today. They continue to play an important role and since the beginning, have provided a sense of stability, and financial access to new communities that formed and expanded throughout the country.
Community banks are still considered by many (at least the smart ones) to be the backbone of the American economic landscape. They support local entrepreneurs in their endeavors and help to create local jobs. Employees of these banks often come from the same community the bank serves. That makes the business relationships between customers and bankers more familiar and meaningful.
We love community banking and since the month of April is Community Banking Month, we wanted to pay tribute to all of you! You have worked hard over the years - to keep your neighbors and fellow business leaders financially fit.
After all, community banks still account for 96% of all banks, comprise 50% of all small business loans and 90% of all agricultural loans. Community banks also have combined assets of $3.8T and $2.6T loans outstanding. These are just numbers though; it is really the people working in community banks that truly distinguish these banks from their larger competitors.
Among their banking peers, community banks have always received the highest percentage of customer satisfaction. This does not happen without commitment, focus and engagement. Community bankers know their customers deeply, so they typically make decisions faster. Community bankers have a symbiotic relationship with customers and they grow and thrive in turn, as the small businesses they support grow and thrive. Since you know and work closely with your customers, a mutually satisfying solution will result whereas the largest banks typically just follow protocol. Of course, you already know all of this. But today, we especially want to acknowledge and celebrate all of the remarkable things you do each day.
We know that it is not always easy overcoming the hurdles of competition, a low interest rate environment, regulatory hardship and everything else you do, but if you haven't heard it in a while - as a community banker you are a beloved part of the USA!
We are pleased to help community bankers in any way possible and look forward to supporting you in your endeavors and relishing your accomplishments. In the meantime - Happy Community Banking Month from all of us at PCBB!
Subscribe to the BID Daily Newsletter to have it delivered by email daily.

JPMorgan reports more and more of its customers are now comfortable doing foreign currency trades as large as 9-figures through its mobile platform.

Fed SF President Williams says he thinks it will take about 5Ys to shrink the Fed's current $4.5T balance sheet down to a more normal size.

Research by Crowe Horwath finds US banks average between 20,000 and 50,000 third-party relationships, yet 66% of third-party risk management programs cover less than 1,000 of them.

TD research finds rising home prices have driven up equity so much that 33% of millennial homeowners now say they are considering applying for a home equity line of credit in the next 18 months.

ABA research finds 95% of bankers say regulation has had a negative impact on business production and consumer credit availability.

Research by TimeTrade of bank customers finds the following areas listed as those they would like to see their bank offer: ability to bank after typical bank hours (69%), ability to have a pre-booked appointment (46%), free Wi-Fi capabilities (38%), a caf? environment (21%) and the ability to have a video call from home with a financial advisor (18%).

Research by Pew finds 46% of people do not know that email is not encrypted and 61% did not know that broadband companies can see your online activity even when in private browsing mode.