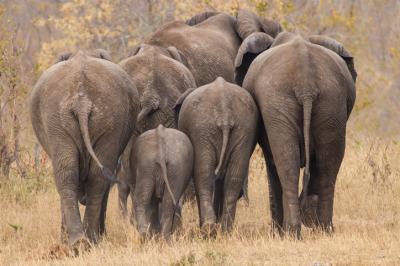 The Impact Of A Heard Of Elephants

by Steve Brown
Share this Article:
Bankers are painfully aware that the Dodd-Frank Act (DFA) is 2,300 pages long. Those resulted in 400 new rules and mandates, which, if history is any guide, average somewhere around 20 to 25 pages each. So, all told the burden to bankers who had to read the Act and all of the new rules/mandates, along with changing policies, procedures, adding employee training and dealing with a host of other issues around this has been about like a small bug being stepped on repeatedly by a large herd of elephants. That is why community bankers, who have limited staff and resources, were perhaps the most pleased to see President Trump sign an executive order that starts the ball rolling toward the anticipated loosening of the restrictions around DFA.
It's no secret that since DFA was signed into law in July 2010, community banks, even more so than their larger counterparts, have been crushed under the weight of the increased regulatory burden. Greater capital requirements and more regulatory burden have put small and mid-sized financial institutions under pressure to sharply enhance policies and procedures. This has increased internal paperwork, likely reduced performance and weighed more heavily on the smallest banks.
As we all know, community banks serve small businesses, so both of these groups have felt the pronounced aftershocks of this regulation. Costs for small business accounts and services have risen according to research and bank turnover has increased. This can all negatively impact both banks and their customers.
By signing the executive order, President Trump has directed the Treasury Secretary Mnuchin to begin by reviewing Dodd-Frank, and drafting a report within the next 120 days. That report will identify the parts of the regulation that conflict with the Administration's principles. While even DFA's detractors agree that dismantling the landmark financial industry regulation would be near impossible, most onlookers agree that changes to it, especially in relation to community banks, are very likely to happen. So, what changes are expected?
Industry insiders expect that the CFPB could see some significant modifications to its structure. More importantly, regional and community banks are expected to get some relief from the capital demands of the current regulation. These two areas have been widely discussed so there are high hopes here indeed.
Another positive effect of reduced regulatory burden is anticipated to be increasing valuations for banks. This is already occurring to some extent, as the market predicts a decreased regulatory burden will allow reallocation of some of the regulatory budgets to cost-saving or revenue-generating areas.
For its part, the ICBA is advocating for regulators to change the current rules under the Home Mortgage Disclosure Act (HMDA) which dramatically increased the amount of data banks must report. Banks must also collect and report information to the government about each small business loan application. Where this will end up is still uncertain, but there are plenty of advocates out there working to convince the pro-business administration to revise these and other issues with DFA.
Fed Chair Yellen even went so far as to send the community bank industry a Valentine of sorts on Feb. 14. She told senators on that day that she also favors adjusting financial regulations, specifically so they are less burdensome on small banks. Speaking to members of the Senate Banking Committee, Yellen said Congress could start by exempting small institutions from some DFA regulations. These included such things as the Volcker Rule ban on proprietary trading and restrictions on incentive-based compensation.
DFA revision will take time, but it is nice to see it at least on the plate of regulators to do something about reducing the burden on community banks. Anything in this area is welcome and it sure beats choking on the dust of a large herd as one tries to get out of the way of those weighty feet crashing down.
Subscribe to the BID Daily Newsletter to have it delivered by email daily.

China's Currency Movement & What It Means

Looking At Green Holidays And Biometrics

An RMA survey of community bankers finds the following definition of small business lending: by company revenue size (37%), no formal definition (34%) and by loan size (29%).

The Wall Street Journal states economic forecasters on average now project GDP will be 2.4% this year and 2.5% in 2018 vs. 2.2% and 2.0% prior to the Presidential election.

Unfunded state pension obligations for IL are about $10,000 for every man, woman & child in the state, but only about 50% of residents pay taxes and of those, less than 50% make more than $50,000. That's how ugly things are right now.

Moebs research finds financial institutions in 2016 charged overdraft fees of $33.3B, an increase of 2.5% vs. 2015. The median overdraft charge was $30. Meanwhile, S&P Global Market Intelligence research finds overdraft fee revenue at the 10 largest banks jumped 4.0% YOY. Perhaps it is time for community banks to look again into this area to generate fees given where the largest banks have already gone.