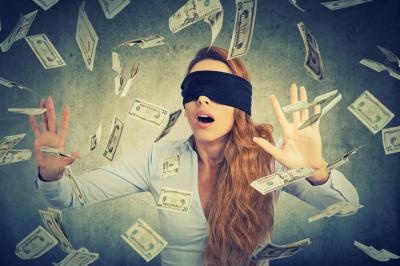 China's Currency Movement & What It Means

by Steve Brown
Share this Article:
Bankers love money because it is deeply embedded into the business of banking itself. Things you may not have known about our US currency are: the $10,000 bill is the highest denomination ever circulated by the federal government; the very first US coins were made in 1792; about 94% of bills are contaminated with bacteria; the $1 note makes up about 45% of currency production; and a $1 bill has 13 arrows, 13 leaves (in the olive branch), 13 stars and 13 stripes (on the shield) - all there to represent the original 13 colonies. The US dollar (USD) has much to be proud of, including being the world's global reserve currency.
That is why people monitor shifts in currency reserves and why the decline in China's reserves of US dollars below $3.0T in Jan raised some eyebrows. This was the lowest point China has been since May 2012. Following 7 straight months of decline, China's reserves are down 25% from the nearly $4.0T it had in the summer of 2014, and not far from the minimum $2.6T to $2.8T range that analysts say the country needs to have to remain within the International Monetary Fund's adequacy threshold.
The drop in China's reserves comes as a result of the country's sale of dollars in an effort to stave off a dramatic decline in the value of the yuan. The world's second largest economy is struggling to maintain high 6% annual growth amid a rapidly slowing economy. Having already made substantial investments in infrastructure and housing, China is finding it more difficult to continue to generate enough work for its citizens.
As such, China has been aggressively selling USD in order to purchase yuan. It has coupled that effort with government regulatory measures to prevent individuals and companies from taking capital out of its economy. This has led some pundits to suggest China's economy is even weaker than it is letting on.
As if that weren't enough to deal with, there also remains uncertainty around what President Trump might do around trade. Possible sanctions or taxes have been discussed prior, which is problematic as China is the largest trading partner of the US and the 2nd biggest holder of Treasury debt.
So what does this have to do with community banks, you may wonder. While not as involved in international finance as China, community banks are not insulated from the tumult around all of this. If China ends up devaluing the yuan, the impact will be felt in economies well beyond China's own borders. Chinese demand for oil has been a large component in the commodity's strength and the country's slowing growth could negatively impact oil prices and commodities in general. This could further affect US industries dependent on oil and other related commodities and trickle down to certain business customers of community banks.
Businesses that export goods to China would also be hurt as their goods get more expensive. Further, as Chinese investments continue to roll back, some industries such as real estate and technology could take a hit since Chinese direct investment came in at $30B and $14B respectively, according to Rhodium Group. Although this investment varies by geographic region, your bank may have business customers that cross state lines or even national borders that could be affected in some way by the unfolding of this international story.
On a larger scale, a lower valued yuan would lower the price of imports to the US and could reignite fears of deflation. If that happens, on top of the sudden loss of US Treasury support by China, it could add difficulties to this issue.
Although these events have not yet come to pass, community banks should stay informed and monitor the comings and goings of global currency shifts to discern any potential impact to your business. We will do the same and report back as needed down the road.
Subscribe to the BID Daily Newsletter to have it delivered by email daily.

Looking At Green Holidays And Biometrics

Get Cyber Serious With Vendors

Digital Journal reports new malware targets Google Chrome users with a pop up that indicates a new font needs to be installed for websites to load properly. Those who click on it download the malware. Warn your customers and your teams as necessary.

The Government Accountability Office (GAO) estimates about 40% of all workers in 2010 were contingent vs. about 35% in 2006. The Department of Labor defines a contingent worker as an individual or company that provides services for a client, are not employees, and have direct or indirect contractual agreements. More and more banks have been moving this way as well, although the data is not actively collected and the definition is not uniform so projecting how many is difficult.

Fed research finds as of Nov 2016, total US consumer debt was $3.75T. Of that amount, about 26% was revolving debt. Of the revolving debt total, about 77% is credit card debt.

Research by the Competitive Enterprise Institute finds the annual cost of regulations in the US is $1.9T vs. $1.7T collected in federal income taxes.