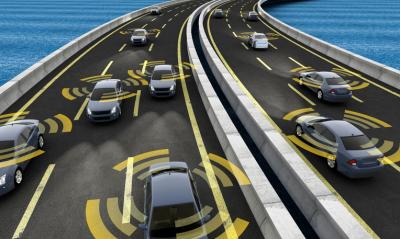 An Autonomous & Driving Analysis Of CECL

Research by McKinsey finds the typical personally owned car sits idle 85% to 95% of the time. Given the average cost of a new car is about $34,000 that is a huge asset to just leave sitting around. Also of interest perhaps, in the next 10Ys to 13Ys (by 2030), it is estimated driverless cars could account for up to 20% of total passenger miles globally. We just found all of this interesting so wanted to share it with you this morning.
Speaking of interesting changes happening now that will impact the banking industry in the near future, bankers are closely monitoring the new Current Expected Credit Loss model (CECL).
CECL will definitely impact loan loss reserves, which is why so many bankers are trying to figure out how much to expect and why community bankers are concerned about the impact to this group specifically.
Our analysis begins with a recent Deloitte survey of senior executives at US banks on the subject. It found that most were expecting more than 10% increases in loan impairments, along with more volatility in profits and losses going forward.
While the new standard is a one-size-fits-all accounting change that goes well beyond banking, its impacts can vary greatly. A bank's asset size, the nature of its business and the complexity of its processes all have a major influence.
Suffice it to say that community banks will be impacted in different ways than bigger regional or national banks. Further, there will be significant differences even among community banks. As such, it will be important to understand exactly how your individual business is impacted by CECL.
This new approach to loan loss reserves is a response to the staggering losses during the market crash that were not buffered by adequate allowances under the accounting practices at the time. CECL attempts to remedy this issue by shifting from an approach of making allowances when losses are likely to occur, to one that estimates expected losses over the life of a loan when the loan is originated.
Making such a prediction is data intensive and will likely add to operational costs for banks. In fact, more than 80% of the respondents in the Deloitte survey said they planned to upgrade IT systems to enable the kinds of predictions required by CECL.
Further, 75% said consumer loan impairments would rise more than 10%, 70% said mortgage loan impairments would increase more than 10%, and 50% said commercial loan impairments would increase by more than 10%.
Here again, the banks in the survey had assets of $50B to $200B, so the results are interesting, but how do they relate to community banks you might be wondering. While the impacts are expected to also be significant for community banks, how those impacts play out will likely be different.
The good news for community banks is that in the recent past, charge-offs have been less for banks with assets below $5B than for those with assets above $50B. For example, from 1997 to 2016, the rolling 2Y cumulative average charge-off rate for banks larger than $50B was about 204bp vs. only 104bp for banks with assets less than $5B. That is a huge difference and points to the differences in business model between these groups. We also note that this difference rises over time, with the rolling 5Y cumulative average charge-off difference at 280bp in favor of community banks. So, if past experience is any sort of guide, this suggests larger banks will probably have to set aside more to comply with CECL than community banks.
One note of caution however, is that the nature and complexity of what lies inside a loan portfolio plays a major role in exactly what a bank must do to meet CECL standards. Given the first round of implementation rolls out in 3Ys and early implementation occurs in 2Ys, larger banks are already checking their data and preparing to create more detailed what if scenarios.
Community banks have a bit more time, but the wheels are turning and to get this one right, you will need to work closely with your accountants to ensure CECL methods are accurately and appropriately applied (and reflect your unique business model and loan mix). Doing so now will help you accelerate down the road - whether you are driving the car yourself or not.
Subscribe to the BID Daily Newsletter to have it delivered by email daily.

Fed research finds in some states and at some banks, average annual net loan growth is outpacing the national average. While economic expansion & commercial property price appreciation have both played a role, regulators are concerned some growth may be due to looser underwriting. Regulators are focused on how well banks are maintaining lending discipline and enhancing credit risk management practices.

US Bank said it will offer its robo advisor product to customers later this year as it seeks to build out its wealth management business.

The Fed reported US household net worth (total asset value minus total liability value) jumped to a record $92.8T in Q4 vs. $90.7T previously reported, driven by stock market strength and higher home prices.
Copyright 2018 PCBB. Information contained herein is based on sources we believe to be reliable, but its accuracy is not guaranteed. Customers should rely on their own outside counsel or accounting firm to address specific circumstances. This document cannot be reproduced or redistributed outside of your institution without the written consent of PCBB.