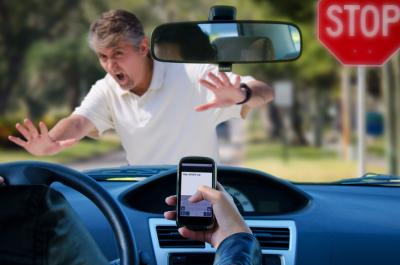 Another Impact Of Self-Driving Cars

Here is an interesting statistic by Cisco - 60% of consumers in the US would ride in a driverless car and 48% would let their kids ride in such a car. Meanwhile, research by NerdWallet finds the main reasons men don't like driverless cars is because they are too expensive (63%) and they take the fun out of driving (44%), while women are also concerned about them being too expensive (64%), closely followed by not being safe (55%).
Google started the autonomous car phenomenon some years ago and through 2016 had clocked over a million miles. Many other players have entered the market - Tesla, Uber, GM/Lyft and Ford to name a few. In addition, even the government has chimed in by releasing guidelines for self-driving cars in Sep of last year. All in all, most people welcome all of this development, but there are also many who will be negatively impacted perhaps.
Whether through job displacement (professional drivers), industry specific chaos (insurance), revenue collection (traffic fines, parking meters) and credit unions (CUs), the impact will be felt far and wide and it will spill into the world of community banks.
To explore this, let's take a drive around the auto lending landscape as it exists today. Currently, a large portion of many CU balance sheets have a heavy portion in auto loans (about 34% of assets as of Q3 2016). That is a lot of exposure to a lot of people nationwide, so what happens down the road when fewer people need car loans because most cars on the road are self-driving? At a high level, the idea of a driverless car sounds very interesting, at least until you look under the hood at the impact on the financial industry when one car becomes millions.
While the self-driving car won't take over instantly, the demand for auto loans to consumers is poised to eventually slow down and likely drop substantially once that does occur. It will take years for this to happen (HIS projects autonomous car sales will reach 21mm worldwide by 2035), but all industries need to be ready and thinking about this so they can adapt.
In the financial space over time, things could get interesting as CUs shift their focus from originating auto loans to some other type of lending. At this point, there just aren't that many other options and most are already dominated by the largest banks so competition is fierce. As such, one possible thing that could happen is more CUs will seek to leverage up commercial lending activities to offset the decline that will likely occur in auto lending.
Given that community banks do about 50% of small business lending today, such an inflow of competition could pressure earnings and increase lending risk.
First, competition like this would put stress on inefficient models of both financial groups, perhaps pushing the weakest out of business. While this could be good for M&A, given so many mouths trying to feed at the same trough, it could also pressure spreads much lower. This would increase commercial lending risk over time and that jeopardizes even good business models.
To prepare for such a scenario, institutions should be thinking about a strategy perhaps of "close and long." What we mean by "close" is to move to get as close as possible to your customers between now and then. Have a plan, continue to execute on it and focus on delivering what the customer wants to deepen the relationship wherever possible. This will help keep your existing customers loyal and ensure you are aware of any changes in their business so you can react more quickly perhaps.
Next, when we say "long," we are referring to locking in your loan customers for a longer period of time by extending them well out the maturity spectrum. This simple action locks the customer in, allowing your teams to cross sell proactively over time as you deepen the relationship. Doing so should help protect your bank even in this extreme competition scenario, because it gives you a chance to stay in the mix.
Finally, it never hurts to review your small business loan portfolio carefully to see where you can be proactive. Look at your prepayment structures in detail to address budding issues here and redesign where possible to the benefit of your bank.
The future is bright, but the industry is clearly driving forward and some stops along the road will be transformative, so preparation now can help you when you arrive.
Subscribe to the BID Daily Newsletter to have it delivered by email daily.

Yields inched up 2bp as investors were buffeted all day by cross current news but still had hopes for a positive jobs report on Friday.

Deutsche Bank, the largest German bank, said it plans to raise $8.5B in new capital following a 2Y comprehensive restructuring. Deutsche has been hit with legal charges related to the credit crisis, increased capital regulations and softness in its retail banking unit.

Research by IBD finds the auto loan delinquency rate hit the highest level since 2009 in Q4 2016.

The Organization for Economic Cooperation and Development (OECD) is warning equity markets may be running ahead of themselves and could be subject to a downturn. The research group also said frothy asset markets indicate central banks should remove themselves from being the main provider of economic stimulus. Finally, the group boosted its US GDP projections for this year from 2.3% in Nov to 2.4%, but also lowered its 2018 forecast from 3.0% to 2.8%.
Copyright 2018 PCBB. Information contained herein is based on sources we believe to be reliable, but its accuracy is not guaranteed. Customers should rely on their own outside counsel or accounting firm to address specific circumstances. This document cannot be reproduced or redistributed outside of your institution without the written consent of PCBB.