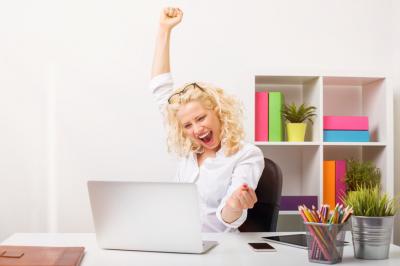 Everyone wants to do things better and more efficiently, as we all seek ways to get more hours out of each day. One thing that might help bankers comes from IBM. Its research found that when it comes to email, you are better off not sorting messages. That's because searching your inbox these days is about 42 seconds faster than looking through folders. We just timed it and that is enough time to walk from the office to the kitchen and fill a cup of coffee. Now you know.
Speaking of increasing efficiency, we note the largest banks have really pushed forward with increasing shareholder efficiency recently. In fact, last year, a rush of big banks initiated stock buybacks following successful completion of passing annual Fed stress tests. Bank of America, JPMorgan and Citibank were among them. Shareholders rejoiced, as it seems the dam has finally broken and the patient financial common shareholder in these mega banks is now being rewarded for their patience.
Given capital is one of the most precious things a community bank can have, shrinking capital with stock buybacks may sound like a nutty idea to some. After all, aren't we almost 8Ys after a recession and doesn't the average recovery last just over 6Ys? Yes and yes, but when it comes to delivering more value to shareholders, community banks too are "taking stock" of their options. That includes considering a stock repurchase plan.
Even now, nearly a decade after the financial crash, many bank shareholders are still concerned about the lack of liquidity they may have by owning stock in a community bank. Some want more proof, so to speak, and improving liquidity through stock repurchases may be just the ticket. In recent years, the need to offer bank shareholders more flexibility and better value has led to stock repurchase plans becoming more popular with some community banks.
There are several reasons why community banks are considering this move nowadays. In particular, this often occurs when a community bank has limited market liquidity, the stockholder base is aging or has a need for current cash or similar factors, according to industry analysts.
In some cases, community banks may also choose to initiate a stock repurchase program if they believe their shares are otherwise undervalued and they want to provide price support for the stock. Still others might repurchase shares in an effort to consolidate ownership for the purposes of electing Subchapter S tax status, or as an effective use of excess capital. Doing so can increase earnings per share and return on equity for remaining stockholders. The trade-off of course is that once the capital is retired through repurchase, there is less available to deploy into acquisitions or to enhance some new products and services.
Take the example of a slightly less than $200mm asset size community bank in IN. The bank's stock was very thinly traded and the opportunity for shareholders to trade their stock was very limited. The main purpose of the stock repurchase plan was to give common shareholders "an avenue for liquidity needs," noted the CFO. The stock repurchase plan was totally voluntary, did not target any specific group of shareholders and was reportedly quite successful in achieving results.
Consider another bank, this time in CA, with assets of about the same size. It announced a repurchase plan for up to 5% of the company's common stock for similar reasons. It too reported good success in achieving its goals.
From time to time community bankers all around this great country might want to change their capital base in some way or another and common stock repurchases can be a good tool. If you think this might be something you need or want to do, our advice is to discuss it thoroughly at the bank, then hire a good attorney with experience in such matters to assist you. Legal documentation, timing, rules and regulations can all be tricky depending on the situation, so you want to get it right and understand the risks as well as the potential rewards of such a strategy. Just a few things to consider in such plans include: determining the repurchase price, setting a minimum number of shares for repurchase, and the open period for investors to decide if they want to participate. Of course, there are many other elements to consider and we don't want to oversimplify it, so get a prudent expert to assist your team directly.
Subscribe to the BID Daily Newsletter to have it delivered by email daily.

Yields puffed up 6bp due to President Trump's commitment to initiate massive infrastructure spending, in his speech to governors.

Did you know that since about mid last year the 10Y Treasury rate has climbed 100bp.

Treasury Secretary Mnuchin said the Trump administration and Congress are working to overhaul taxes by August of this year.

Deloitte research of Fortune 500 boards finds at the current rate, the percentage of women and minorities on boards will reach 40% by 2026.

Fed research finds about 38% of US households carry credit card debt and the average indebtedness is about $16,060. Meanwhile, the average person has 2.4 bank credit cards and 1.5 retail cards for a total of almost 4 per person.

Cisco cybersecurity research finds most companies use more than 5 security vendors and more than 5 security products in their IT environment. In fact, 65% of security professionals' use 6 or more vendors, 55% use at least 6 and 45% use 1 to 5.
Copyright 2018 PCBB. Information contained herein is based on sources we believe to be reliable, but its accuracy is not guaranteed. Customers should rely on their own outside counsel or accounting firm to address specific circumstances. This document cannot be reproduced or redistributed outside of your institution without the written consent of PCBB.