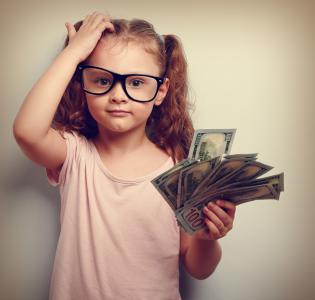 The Cost Of Kids And Agribusiness

by Steve Brown
Share this Article:
When you find out you will become a mother or a father, there is great exuberance and a sense of responsibility too. That responsibility seems to have become larger these days as the latest figures were just announced - it now costs over $233,610 to raise a child through age 17. The heftiest cost is housing, with 33% of the total (the cost of an extra bedroom), and urban moms and dads will pay more than their rural counterparts. If you have three or more kids, though, there is good news - you pay an average of 24% less per kid. This is due to the sharing of (or fighting over) resources. The cost of raising a child reminds us of feeding them too, which leads us to the state of the farming and agricultural businesses.
Depending on who is asked, financial times could be tough for the agricultural sector. There are definitely some bumps in the road, but there are also some areas of opportunity. Since agricultural clients are important to community bankers, here are some things to consider right now.
Producers in rural areas are painting a not-so-rosy immediate future for agribusiness. At least that's according to the latest Purdue/CME Group Ag Economy Barometer. This survey of 400 US agribusiness producers found that farmers are extremely pessimistic about the future. The barometer came in at 92, down 9 points from the Sep reading. It's the 2nd lowest measurement since data collection for the survey began a year ago.
Further, 79% said that they expect dark times financially over the next 12 months. That is a jump of 11% since Sep and the highest share of respondents noting they were pessimistic since the survey began. Of note, respondents were all over the map when it came to their outlook on price expectations of staples like corn and soybeans. Still, the majority of those surveyed had a negative pricing outlook.
So called thought leaders in the sector were not as pessimistic as producers. These are described by the survey as agribusiness executives, commodity association leaders, academics and lenders. This group was optimistic for July 2017 corn and soybean futures prices. Further 40% said they anticipated July 2017 soybean futures to exceed $10 per bushel between Oct 2016 and summer 2017 vs. 30% of producers. What's more, only 13% of thought leaders expect July 2017 corn futures prices to fall below $3 per bushel vs. 27% of producers.
The news from the US Department of Agriculture (USDA) is just as mixed. Their report entitled "Agricultural Projections to 2025" noted that recent reductions in crop prices overall have led to higher direct government payments to farmers, from the year 2015 and projected though 2017. Government payments beyond 2017, however, are expected to be lower (below the 2001-2010 average, according to the report).
The report further noted that lower farm commodity prices have resulted in reduced export values in 2015 and 2016, and lower cash receipts in 2015 through 2017. But receipts and commodity prices are expected to grow over the "rest of the projection period," which is to the year 2025.
This is mixed news, but generally tips toward good news for both producers and ag lenders. For starters, community banks might want to look at helping agriculture clients restructure debt for the long term. This move could help meet producers' immediate needs (as they weather lower crop prices), while also mitigating future interest rate risk concerns.
Another idea is to take an active role educating your agriculture customers about proper debt structures and proper performance matrices. Again, it's all about trying to help agribusiness restructure their finances to withstand downturns in the economy.
We would also like to note that, when discussing debt refinancing and diversification with agribusiness clients, don't forget that your bank is more than just a lender. You might position an overall products-and-services package, like payroll and treasury management services too for instance.
Through good times and not so good times, agribusiness and community banks remain partners in their community. By effectively supporting farming clients through tough times, you can be sure to keep them in good times - no matter where costs go.
Subscribe to the BID Daily Newsletter to have it delivered by email daily.

Stepping In A Bear Trap Is Painful

1) Capital One ($357B, VA) said it does not expect to receive regulatory approval to acquire the $5.2B credit card portfolio of Cabela's. Capital One indicated it would not be able to refile its merger application until after it completes its work related to am AML consent order. 2) Investors Bank ($22.5B, NJ) and The Bank of Princeton ($1B, NJ) have agreed to terminate their pending $154mm transaction, after concluding regulators would not approve the application prior to the termination deadline.

Regulators closed Seaway Bank and Trust Co. ($361mm, IL) & sold it to State Bank of Texas ($740mm, TX) under a purchase & assumption agreement. State Bank captures 10 branches, all deposits and about 86% of assets.