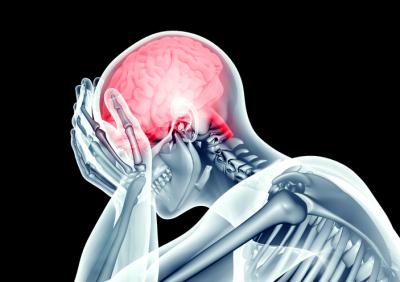 Science finds your brain will shrink unless you feed it good stuff. A diet rich in olive oil, fish, fruits and vegetables can help. This is detailed in a study published in Neurology, which shows, not only the overall health benefits of these foods, but also that your brain actually shrinks less on such a diet. It found that over a 3Y period, a subject group in their 70's had 50% less brain shrinkage than those who consumed normal foods. To avoid a shriveled brain over time, that is something worth noting. Could this be similar to choosing a healthy corporate culture in banks who seek to reap operational and performance benefits?
Consider that even before Wells Fargo's latest missteps, federal regulators were pressuring banks to more carefully and effectively manage their corporate cultures. Everyone from Fed Chair Yellen, to NY Fed President Dudley, has been openly critical of some bank corporate cultures. For the largest banks, the Fed now even includes a qualitative element in which regulators try to assess bank cultures to measure bank soundness.
The issue of banking culture was recently the focus of a paper published by the Fed NY. That paper, entitled "Corporate Culture in Banking," noted how major banking ethical lapses have not only led to large fines but also to an erosion of confidence in the ability of banks to act responsibly. Given the undeniably important role of banks in the economy, regulators want banks to take this chance to evaluate their corporate culture and how it affects their growth, credibility and overall financial strength.
One of the problems put forth by the paper is the complexity of large banking institutions. This sheer mass works against efforts to maintain high ethical standards. The research found employees associate and follow the culture of their business units, rather than the bank as a whole, even when the cultures are in conflict.
As a community bank, you have an advantage over these behemoths given lower complexity and smaller size. Your bank culture is often felt throughout the various departments as a reinforcement of the higher corporate message. As such, it could be easier for you to effectively establish and monitor a high standard of ethics and culture for employees. Knowing this, it may be prudent to take a look at your current culture and how it aligns with your mission, strategy and business goals. Once the desired bank culture is mapped out, communicating it through all levels of staff will ensure it is understood by all employees.
Although culture falls into a more "fuzzy" category than conclusive calculations banks often use like ROE and ROA, this doesn't mean you shouldn't try to define it. The good news is that this may be easier than you think. Many community banks draw on their respective communities for their sense of culture. Being supportive of local businesses, personally connected to many if not all bank customers and showing personal responsibility within the community are often elements of your culture.
Interestingly, with a strong culture in your bank you may also rely less on compensation for high employee productivity. This probably appeals to both regulators and bank executives. Research here has shown that the more an employee identifies with company culture, the harder they work, with less required compensation. They are believers and that means greater employee efficiency at a lower cost.
Simply having a set of guidelines called "the bank culture" won't likely bring about long-term good behavior. However, a robust, ethical culture can help support a community bank's financial stability and growth. Who knows - perhaps taking the steps to ensure a solid culture at the bank may even be enough to help stop one's brain from shrinking over time.
Subscribe to the BID Daily Newsletter to have it delivered by email daily.

Yields jumped 5bp as the Dow broke 20,000 and investor confidence for Trump's stimulus plans continued to grow based on his first executive orders.

The Wall Street Journal reports executives at some of the largest banks have sold $100mm of stock since the Presidential election. This is the highest amount for that time period in 10Ys.

Swiss bank Credit Suisse will pay $5.3B to settle a probe over its sale of toxic mortgage securities that occurred prior to the credit crisis.

The market assumes the next Fed rate hike will occur on Jun 14. There are three meetings between now and then on Feb 1, Mar 15 and May 3.

JPMorgan will pay $55mm to settle allegations it discriminated against and overcharged 53,000 minority mortgage borrowers.

The CEO of Oracle projects 80% of corporate technology data centers to disappear by 2025 (the next 8Ys), as the cloud becomes the main method under which technology is deployed. Supporting this thesis, Morgan Stanley reports CIOs expect to move 21% of their company technology applications to the cloud this year and 46% by 2020.

A McKinsey & Co report projects up to $45B of banking industry profits could be wiped out in the next 3Ys (2020), as technology automation, electronic trading, mobile banking and other technology options gain footholds.

Deloitte research finds 20% of the workforce is comprised of temps, contractors, and freelancers.
Copyright 2018 PCBB. Information contained herein is based on sources we believe to be reliable, but its accuracy is not guaranteed. Customers should rely on their own outside counsel or accounting firm to address specific circumstances. This document cannot be reproduced or redistributed outside of your institution without the written consent of PCBB.