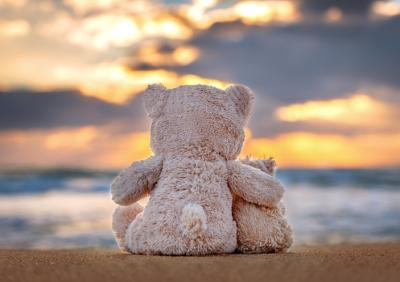 by Steve Brown
Share this Article:
A recent study found a strong connection between caring for others and living longer. A group of 500 people aged 70 to 103 were studied for 20Ys. The researchers found that those who took care of grandchildren or even adult children had a higher incidence of life longevity. Most were still alive 10Ys after the first interview. On the other hand, 50% of those who did not provide any care to others died 5Ys after the study commenced. Even those who took care of people in their social network outlived those who didn't. We knew that it was admirable to care for someone, but now we know it is good for our life longevity. Thinking of this, bankers may want to learn more about the employee stock ownership plan (ESOP), an employee benefit in the banking industry.
Community banks looking for a tax-effective, equity-based method to boost employee retirement benefits might want to weigh the idea of an ESOP. For those who perhaps aren't so familiar, an ESOP is a qualified retirement plan that invests in the bank's own stock. The bank can contribute stock to the plan or it can contribute cash used to acquire bank stock. These are then doled out to employee accounts.
There are many benefits to an ESOP, as well as some drawbacks, so it's important to carefully consider whether sponsoring one is a prudent move for your bank. One major selling point is that offering employees shares in the company is a proven and meaningful incentive to attract, retain and motivate staff. Affording workers an ownership stake in your bank will help forge stronger ties between directors, senior management and employees by better aligning common goals and interests.
An ESOP also offers closely held or family-owned banks the opportunity to create a market for their stock without selling to outsiders. Bank owners can sell a portion of the business to an ESOP and generate income, while still retaining control of the bank. An added perk is that as with other profit-sharing plans, contributions are tax-deductible to the bank, up to certain limits that depend on the bank's corporate structure.
Both publicly traded and private banks can sponsor an ESOP and so can C and S Corporation structures.
However, there can be meaningful differences when it comes to tax implications, so this too is an important consideration when determining whether an ESOP will work for you. There are also a variety of structures, so banks will have to do their homework.
Importantly, before forging ahead with any definitive plans, banks need to understand the many nuances of an ESOP. There are costs, for instance, that go along with setting up and maintaining these plans. Also, there are strict rules and fiduciary responsibilities related to the administration of these plans. Banks must be prepared to follow these rules to a T, or risk potentially significant legal troubles. One important rule to be aware of is that the sponsoring bank is obligated to repurchase shares of employees who retire or exit the plan. There are also stringent rules on how to terminate an ESOP properly.
Missteps in following any of the rules associated with ESOPs can be costly. In October, for instance, a California federal judge held one bank, its CEO and three directors liable for more than $874K in losses stemming from their alleged mismanagement of the plan's termination. Banks should understand that scrutiny of these plans, especially around valuation, is more prevalent.
Certainly, ESOPs may not be right for every bank, but they do align and excite employees. For many banks, ESOPs may be worth a closer look.
Subscribe to the BID Daily Newsletter to have it delivered by email daily.

How to Avoid Choking on Credit

Research by Catalyst finds having too many men on your board may lead to too much groupthink and gender biases. Catalyst looked at Fortune 500 companies and found those who had 3 or more women on their boards for at least 4 out of 5Ys outperformed other companies. They had a 46% higher ROE, a 60% higher return on invested capital and an 84% higher return on sales. Perhaps better director succession planning is one way for banks to boost performance.

An ABA/Ipsos survey finds 55% of Americans say they manage their bank account online more often than any other method. Mobile came in 2nd at 18% and branches were 3rd at 14%.

Research by the Kauffman Foundation on small businesses finds those states with the highest rates of younger adult business ownership (ages 20 to 34) are: Miami, Austin, Nashville, Tampa and San Diego.