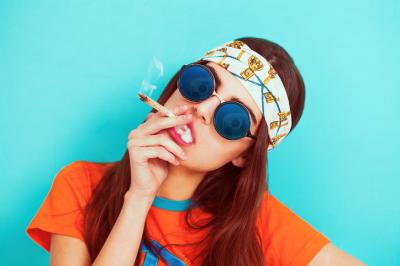 A Smoking Conundrum For Community Banks

by Steve Brown
Share this Article:
The US government defines marijuana as the dried leaves, flowers, stems, and seeds from the hemp plant, Cannabis sativa. The government also indicates the plant contains the mind-altering chemical delta-9-tetrahydrocannabinol and other related compounds. As things stand today, marijuana remains illegal at the federal level, despite recent moves by some states to legalize it at the state level. Given FDIC insurance is at the federal level, banks throughout the country risk a lot if they decide to do business with such customers - even if the state in which the bank is located has legalized it.
Despite a boom in new businesses that fall into this sector, banks remain stuck due to federal laws. That is because the federal government classifies marijuana as a Schedule 1 controlled substance. That means the federal government sees the drug as having a high potential for abuse; no currently accepted medical use in treatment here in the US; and having a lack of accepted safety for use of the drug or other substance under medical supervision. In case you were wondering, that is also the same category as heroin, LSD, GHB, ecstasy, meth and bath salts to name a few.
Because marijuana remains illegal at the federal level, Visa and MasterCard won't process transactions for pot dispensaries. That is also why the vast majority of banks won't even open accounts for these businesses either. After all, who wants to risk deposit insurance and potentially see criminal prosecution?
We've all heard the stories of dispensary owners showing up to government offices with tons of cash to pay their taxes because it was too hard to find banks to work with them, but times may be changing. According to a recent report from the Associated Press (AP), federal data shows that more and more financial institutions are open to doing business with marijuana dispensaries. Further, the number of banks and credit unions who said they would consider handling marijuana money under Treasury Department guidelines has increased from 51 in March 2014 to 301 in March 2016. We should note that the AP also indicated that the vast majority of dispensaries say they have been getting financial services mainly from local credit unions.
Only time will tell how this plays out and the boost in state legalization could eventually tip the scales and open up this customer base to community banks.
For now, the New York Times even reports that technology startups are creating software to help banks "monitor and record" marijuana transactions with the goal of eliminating cash in the equation. Examples include one company that has software allowing banks to use GPS to locate each purchase and authenticate it was from an authorized dispensary, and another company that offers a PayPal-like payment system using ACH and blockchain. Even tech giant Microsoft recently announced the launch of marketing software to track marijuana from "seed to sale" to ensure legality.
Some day in the future, the marijuana sector may offer banks a wealth of opportunity. Today, however, that opportunity comes with a lot of known and unknown risks - some of which are pretty scary to executives and directors.
As the legal wheels slowly turn, we will keep monitoring things here and report back from time to time. After all, you probably want to know where things stand if and when the smoke finally settles around this potential customer base.
Subscribe to the BID Daily Newsletter to have it delivered by email daily.

1) Columbia Bank ($9.6B, WA) will acquire Pacific Continental Bank ($2.5B, OR) for about $644.1mm in stock, just above 3.0x tangible book. 2) Advia Credit Union ($1.3B, MI) will acquire Peoples Bank ($233mm, WI) for an undisclosed sum. 3) M&T Bank ($127B, NY) will acquire commercial mortgage placement and servicing company Carey, Kramer, Pettit, Panichelli & Associates for an undisclosed sum. The move adds about $2.7B in loans to M&T Realty Capital's servicing portfolio.

Wells announced changes to the way it pays branch employees, shifting to a larger percentage of base pay than incentive pay, with incentives based on overall team and branch performance. A larger share of incentives will be based on direct customer feedback and product usage.

PwC research finds surveyed directors say their board or its committees have engaged a third party to advise on the following: legal issues (53%); shareholder activism (37%); IT including cybersecurity (33%); corporate strategy (31%); and board evaluations (21%).

A survey by Harris finds the top priorities for people seeking new jobs in order are: competitive pay and benefits, flexible work arrangements and not having to work excessive overtime.