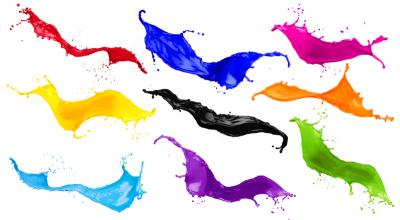 Should We Be Singing The Blues?

by Steve Brown
Share this Article:
Is blue the new white? Since 2011, white has been the top car color according to PPG Industries, a 131 year old supplier of paint for auto manufacturers. White was popular due to its association with trendy and prestigious Apple products. But, now it seems that blue has a chance to reign. A color expert from PPG believes all the signs are there for blue to eventually take over. After all, 10% of this year's models are blue and multiple variations of blue make it easier to differentiate even within the blue color palette. But, just because you drive a new blue car, don't worry about singing the blues about the economy.
The Great Recession officially ended in Jun of 2009. That means we are now 7.6Ys into the economic recovery. Community bankers continually measure and monitor this, wondering how long it will last. Although we don't have a crystal ball, we wanted to lay out some of the facts to clarify the situation a little more.
Since the 1950's, recoveries have lasted an average of 6Ys, with most around 3Ys or 6Ys. Looking at straight averages, without any other context, it seems the data may show we are due for a correction. Yet, let's look at the last recovery period a bit closer to better understand our current situation.
After the attacks of 9/11 and the dot.com bubble burst, which resulted in a rather short recessionary period, a recovery was underway. That recovery started in 2002, after the Fed loosened the reins. It helped bolster investment and drive growth in the years that followed. For instance, in 2003 GDP grew 2.8%, 2004 was 3.8% and then 2005 was 3.3%. Subsequently, the Fed began to tinker on a regular basis as economic growth was proving fairly robust. It then moved to raise rates by 425bp over the period from June 2004 to June 2006 as the economy roared along.
We all then know what happened as things started to get squirrely in 2007 and worse in 2008 when the Great Recession showed up on our doorstep and the economy took a big dive.
During the current recovery period, GDP has not broken through the 2.5% growth ceiling for a year yet, but it has increased by 2.4% each year, over the past 2Ys (plus seen decent quarters here and there above 3% GDP). Projections continue along these lines for 2016 once the data is final, and expectations are for GDP to be 2.5% in 2017 before leveling off.
The Fed has largely left the market alone the past 7Ys, except for 1 increase in 2015 and 1 more in 2016. The Fed indicates at this point that it expects to do 3 rate hikes in 2017, but they said something similar last year so investors are skeptical but monitoring things.
No one knows how long this recovery will continue, but the geek analysts in the crowd may find it interesting that the longest one we know about was 128 months (post 2001), so 91 at this point could mean we are only 71% of the way through with plenty of time still to run. However, the pessimists in the crowd may point to the shortest recovery on record at only 30 months (back in 1861) and say we are long overdue. We prefer the positive, so we are hopeful the economy will keep rolling for years to come.
Nevertheless, as the Fed moves rates higher, loan growth and interest income should slowly increase for community banks. Further, the effects of rate increases usually take 1Y to 2Ys to be truly felt in the economy. How long the recovery will continue only time will tell - but we remain optimistic and are not about to sing the blues.
Subscribe to the BID Daily Newsletter to have it delivered by email daily.

Mortgage Apps: Seasonal Volatility But a Clear Downtrend in Refis

The FFIEC has finalized its rule streamlining call reports for institutions with domestic offices only & less than $1B in total assets. The change cuts about 40% of the 2,400 data items in the report and cuts it to 61 pages from 85 pages. Banks can submit streamlined call reports starting Mar of this year.

Regulators require banks to protect nonpublic personally identifiable financial information. As a reminder, this means 1) a customer's name or address or telephone number AND 2) one or more of social security number, a driver's license number, credit card number, account number and pin.

The worlds banking regulators have postponed a meeting scheduled for Jan 8 that was supposed to focus on new capital regulations for banks worldwide. European regulators have indicated they do not have interest in changing things currently as their banks continue to struggle.

Fed Richmond President Lacker indicated in a recent speech that he thinks three more rate hikes may be needed in 2017.