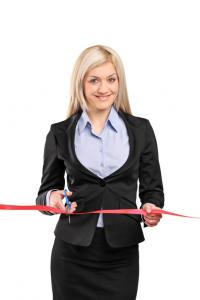 Call Report Reform On The Horizon

by Steve Brown
Share this Article:
In a practice that dates back to England and well before the US was ever formed, legal documents used to be bound in red tape. Maybe it was used to get the attention of the recipient or maybe to intimidate them, but over the years people have certainly gotten sick and tired of it.
Flash forward to more recent times where for a number of years, community banks have been asking regulators to cut the red tape and offer up regulatory relief.
Certainly, the situation has grown worse over the past 10Ys, with just the Call Report growing to more than 80 pages of forms and 670 pages of instructions, according to data from the ICBA.
If those figures aren't daunting enough, note that in a 2014 ICBA study, banks with assets of less than $500mm said that on average they spent 122 hours per year on the Call Report. That compares to banks with assets of $500mm or more having spent 274 hours per year. For the smallest banks, estimated preparation costs ran between $10K to nearly $15K, while banks with assets of $500mm or more estimated yearly preparation costs to be approximately $42K, according to the study.
After significant lobbying, regulators have taken note of community bank concerns. In early August, the FFIEC announced regulators were seeking public comment on proposed reforms to Call Reports. Under that proposal, banks with only domestic offices and with total assets of less than $1B would benefit from fewer reporting requirements. The proposed Call Report would remove approximately 40% of about 2,400 data items, create a new collection schedule and reduce the reporting frequency of certain information.
Even so, the proposed changes may not go far enough. It seems many of the pages eliminated were nearly always "N/A" or had "0" in them, so that doesn't save much time.
Other bank comments that came in during the open period looked to overall value of the reports. Suggestions included reducing Call Reports to semi-annual for smaller banks
Many community banks say they would like to see something akin to the 1040 EZ for simple tax filing. They suggest small banks should have an EZ form, while larger banks should go more toward itemization. While this sounds good, the data is used by multiple agencies for multiple reasons so the odds if we had to bet would be placed pretty low.
Bankers throughout the country truly appreciate the effort to reduce regulatory burden in any way, shape or form. No matter the ultimate outcome the simple act of trying has led to a better tone out there - at least from our point of view.
Certainly, banking is a heavily regulated industry and bankers know that is part of the industry. That said, any effort to reduce the point blank blast from the regulatory firehose of new rules and regulations is certainly welcome no matter the source.
Community bankers have plenty of stress these days around the business, as competition comes from all over the place. Every banker we know appreciates the work being done by regulators to reduce the burden as much-needed regulatory relief works through the system. We'll be watching closely to see what happens next and we'll keep our readers posted as things slowly progress and the red tape continues to be sliced up.
Subscribe to the BID Daily Newsletter to have it delivered by email daily.

The US Dollar soared to its highest level since 2003 against the Euro following the FOMC meeting that pointed to a stronger US economy and higher interest rates next year.

A survey of global CFOs by CNBC finds the following were ranked as the top priorities for the new Trump administration: corporate tax reform (67%), infrastructure (10%), overseas cash repatriation (10%), withdrawal from the Trans-Pacific Partnership or TPP (10%) and other (3%).

The California Public Employees' Retirement System (CalPERS), which manages over $300B in pension and health benefit assets for 1.8mm public employee members, has reduced its expected investment return assumption from 7.50% to 7.00% to 7.25%. Banks may want to consider this adjustment when thinking about cost of capital calculations and other matters.

PayPal is joining forces with Citigroup and Fidelity National Information Services (FIS) to allow customers to load their cards onto their PayPal accounts and use their phones to pay for things with a mobile swipe.

Bank of America has announced it will offer customers the ability to set up budgets, budget automatically based on past behavior, view spending trends and analyze income and spending habits on its new mobile app update.

Research by Bain finds the percentage of consumers using their bank's app has climbed from 52% in 2015 to 55% as of 2016. This is good news for banks when it comes to money saved, as mobile transactions cost about 10% as much as a teller interaction.

MIT Research finds 38% of employees at financial services firms say their company offers employees the resources or skill development needed to thrive in a digital world.