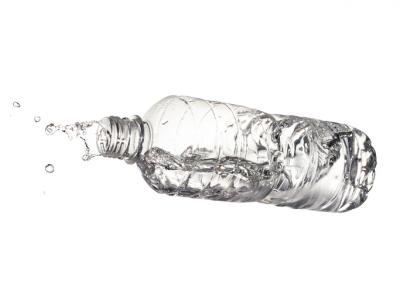 by Steve Brown
Share this Article:
The hottest way to get attention as a student these days is called "bottle flipping". A high school senior started this trend when he "bottle flipped" at the annual senior talent show last spring. After the success of his performance and 6mm views on YouTube, this phenomenon quickly spread to schools across the country. Some schools have now banned the practice due to spillage accidents, unintended flying bottles and sometimes general chaos with bottle flipping at lunch time. This phenomenon got us thinking about banking obviously and potential spill over into China's banks more specifically.
Given all of the focus on China's export economy, not nearly as much attention gets paid toward its banks. But the performance of China's banks should be a matter of ongoing concern for US banks, large and small. To borrow an old clich?, if the Chinese banking industry catches a cold, US banks could get infected. There are indications that China's banks may be vulnerable to financial ailments.
The International Monetary Fund (IMF) recently issued a working paper in which it warned that China's banks have been extending corporate credit at such a rapid clip in recent years that it could lead to a banking crisis or dramatically slower growth. Corporate financial performance is deteriorating, the IMF warned, which is affecting asset quality at banks. The IMF said the debt problem needs to be addressed with "urgency" to avoid more serious global economic dislocations.
The problem is not a small one. Chinese corporations hold $18T in debt, representing 169% of GDP. If a significant number of those loans become problems, as many analysts predict, the impact on Chinese banks could be huge. Rating agency S&P estimates China's banks could require up to $1.7T to cover a rise in bad loans.
China is a long way from the US and community banking, but banks here need to know that banking problems in China could have spillover. The intertwined global economy is such that dramatic financial problems in a powerhouse like China can reach down into the fortunes of even small US community banks.
While US banks have limited direct exposure in China, there are indirect ways China's problems reverberate across the Pacific. For example, the Fed keeps a close watch on China as an indicator of when the global economy is stable enough to raise interest rates. Economic weakness in China was widely viewed as an important reason for the Fed's extended delay in raising interest rates. That hurts community banks.
The interwoven global economy also means US businesses are more likely to feel pain if China has serious financial trouble. A paper by the Fed notes China once had little impact on our economic performance, but today a drop of 1% in Chinese output growth would cause a 0.2% drop in US output growth. That kind of decline in our growth would ultimately find its way into the performance of community banks and small business customers.
Concern remains high as global financial analysts worry about China's reluctance to address its debt issues. By delaying, these analysts warn, China's problems fester and their potential to cause global disruptions increases. So far, China seems content to stay the course, however. In fact, Fortune magazine reported in Oct that Chinese banks made $181.3B in new loans in Sep - a 3 month high. Keep reading and monitoring things for future event potential to protect your own bank and we'll keep our eyes and ears open too. In the meantime, enjoy bottle flipping!
Subscribe to the BID Daily Newsletter to have it delivered by email daily.

The Case for Cross-Selling

The OCC has announced it will begin issuing banking charters for financial technology (fintech) firms such as online marketplace lenders, digital payments providers, peer to peer payment providers and others. The move opens the door to the more than 4,000 fintech companies to get a special purpose national bank charter, but would not allow such entities to accept FDIC insured deposits without separate approval. The OCC said it will subject fintech firms to regulatory requirements that include BSA, AML and other consumer protection laws; enforce higher capital requirements to protect against other business activities they may be involved in and require a formal plan to address potential failure.

The Basel Committee, the group that sets global standards of regulation for banks worldwide, said it expects to finalize new rules that would reduce excessive variability in the calculation of risk weighted assets, limit how much internal models can vary from standards models, and impose minimum floors on capital.

FactSet reports the market capitalization of US stocks hit just over $25T, or about 40% of global equity value.

Royal Bank of Scotland will pay $1B to settle a variety of investor lawsuits and a backlog of charges around its misconduct prior to the financial crisis.