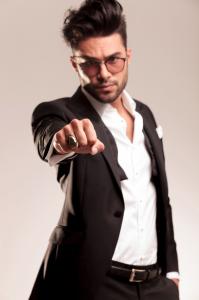 Put A Ring On It

by Steve Brown
Share this Article:
"Put a ring on it", Beyonce's well-known song, should support the introduction of Visa's contactless payment finger rings that will be available in December. Last summer in this publication we highlighted the fact that the giant credit card processor beta tested the payment jewelry on 45 athletes during Rio de Janeiro's Olympic Games. Some athletes wore these ceramic loops with their secure microchip and embedded antennas (the rings that is and not the athletes). To make payments, athletes only had to tap their ring to pay for stuff at any one of 4,000 Near Field Communication (NFC) terminals around Rio. The initiative worked so well that Visa decided it was ready to launch the product to the general public. Early adopters may pre-order the ring for $53 in time for the holidays.
Americans have long resisted contactless payments. According to the CEO of Market Platform Dynamics, they are as "scarce as hen's teeth." Until very recently, consumers were not very keen on contactless devices. Even people who installed Apple Pay didn't feel the need to use it regularly. Further, only 17% of American terminals are contactless ready, according to the Smart Card Alliance. This reluctant acceptance by retailers doesn't incentivize customers to use contactless payments.
That could soon change, however. Consider research by Juniper that predicts contactless point of sale (POS) transactions could reach almost $500B worldwide by 2017. This would be 56% growth over the $321B expected for fiscal 2016.
Contactless payments, via cards, mobile or wearable devices, are gaining traction worldwide, particularly in Europe. Countries such as Great Britain, Sweden and Estonia embrace contactless functionality. Visa in Europe already counts 3.2mm contactless terminals that accept 130mm cards. Mastercard transactions on the old continent meanwhile jumped 150% last year.
For bankers keeping score, England is at the forefront of the trend. The acceptance of contactless purchases by London transports have helped popularize the new system. In 2015, more than 1B contactless purchases were made with 81.5mm cards. People like the convenience, and retailer obligation to card companies will just push contactless transition forward. All European POS terminals are obliged to include contactless functionality by 2020. Further, in the Czech Republic, already 77% of Mastercard transactions were contactless in 2015 and in Poland it was 55%.
Europeans are not alone. In Australia, 67% of cardholders have the contactless option and use it. About 53% tap and go at least once per week. In Singapore, 45% of users have already made at least one contactless payment and in Taiwan, it is 41%. Of course, China doesn't want to be left behind, so 90% of all new cards are contactless. Likewise, Canada accepts contactless payments and 75% of major retailers have updated terminals.
So, what are we waiting for here in the US you may wonder? It seems we have been distracted by other technology progress: EMV, wearables, mobile use, etc. However, contactless is finally entering the American collective consciousness, and as with all technology development, community banks should be aware of this trend. Community banks should continue to monitor the adoption of contactless wearables and reach out to small business customers to stay on top of things.
After all, Juniper estimates that by 2021, 67% of terminals will accept contactless devices with smartphones and tablets as likely dominant choices for users. That said, we wonder how many payment rings may be used, so we will be monitoring things there as financial institutions propose changes and adapt.
Subscribe to the BID Daily Newsletter to have it delivered by email daily.

Fido Gets Attention - So Do Customers

Research by the Society for Human Resource Management finds executives view the HR function as: a combination of transactional and strategic (32%), as a strategic partner (28%), as a transactional or administrative business function (22%) and as an enforcement function necessary to oversee employment compliance (18%).

Research by Deloitte finds 41% of people have 6 or more passwords, 42% of which write those passwords down in order to remember them all.

Research by Bank Director finds boards discuss technology at the following frequency at board meetings: quarterly (51%), monthly (42%), annually (6%), not at all (1%).

Research by Deloitte finds over 60% of online adults use at least 2 devices each day.

Zillow reports 5.9mm borrowers still owe more on their mortgages than their homes are worth (about 12% of all mortgaged homeowners).This is down from the 14% level of 1Y ago, however and well below the 30% peak during the crisis.

Research by Metaforic finds 48% of those who do not use mobile banking say they would do so if there were guarantees provided to cover potential losses.

There is currently about $1.8T sitting in checking accounts at financial institutions across the country.

Research by CCG Catalyst finds 30% of millennials say they have at least one financial product that is provided by an institution that is not their bank.