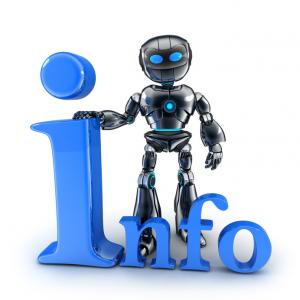 by Steve Brown
Share this Article:
Imagine having one thousand million dollar bills. If you did you would have $1B. Consider as well that 1B is also the number of users on Facebook Messenger and singer Drake's album Views was the first to hit 1B streams on Apple Music. If those aren't enough to get your head spinning - consider that Google reportedly has 7 products that have 1B users or more. It takes a lot to deal with 1B of anything, but this is especially true when it comes to communication. Enter the "chatbot."
In short, a chatbot is short hand for a chat robot. No matter how you spell it, the chatbot is really a computer program that simulates human conversation using artificial intelligence.
We bring this up because chatbots have entered the banking industry in a large way. As we indicated, these bots are based on artificial intelligence software and are designed to imitate conversations between 2 human beings. They are getting better and better at doing so and they can automate tasks much faster than people could do on their own. For their part, giant tech companies such as Google, Twitter, Microsoft, and Facebook see them as a fresh opportunity to engage with consumers. There are 30,000 bots alone on Facebook Messenger, allowing people to learn about weather, read the news, get recipe ideas or shop with a personal shopping assistant.
Back to the financial world, we find chatbots moving into the world of money. There is already a Facebook payment service available, without even leaving your conversation with a friend. As of earlier this year in fact, Facebook Messenger alone already had 11,000 chatbots for people to try. One area that worries banks is when bots are used as the latest new alternative online payment tool. They already allow people to share their restaurant bill or the monthly rent quickly and easily. Beyond Facebook and others, Apple is in the game with iMessage (which will soon let people transfer money between each other) and Amazon has its own in Alexa.
Overseas in Europe, things have moved even faster. Consider that messaging app Slack has teamed up with the French Lydia bot to let users exchange money. Lydia already boasts half a million users in France and 1,000 new ones join each day. Bon Jour to chatbots!
As chatbots become more popular and have gained traction, banks too are getting into the act. Bank of America just announced its chatbot for digital banking called Erica. It rolls out in late 2017 and allows customers to ask questions about accounts, conduct transactions, and even keep track of budgets. Other banks that have also gotten into this game to name a few are TD Bank, some French banks, MasterCard, Barclays, Royal Bank of Scotland and others.
Basically, consider the chatbot a personal assistant to help you with banking needs. Millennials and others seem to love them and you only have to look as far as Siri to understand the potential impact of such technology fully rolled out in the banking industry.
No one really knows what the future holds for banks and bots, but it is clear this is one of the next hot things so community bankers should keep monitoring to see what is working and what might make sense to consider down the road, if anything. Customer demands keep fluctuating, so stay tuned, monitor things and keep learning just as chatbots do when it comes to artificial intelligence.
Subscribe to the BID Daily Newsletter to have it delivered by email daily.

The Board's Role In Avoiding The Perfect Storm

Research by Fiserv finds the most used online and banking services are online banking (70%), online bill pay through a financial institution (61%), account to account transfers (54%), using a biller's website to pay a bill (51%) and mobile banking (40%).

A survey by Spectrem Group finds 36% of millionaire investors say they plan to sit on the sidelines with their investing activities in the coming month as they wait for the presidential election results. The percentage is up almost 40% since the prior survey just one month ago (26%).

Deloitte's research finds ecommerce only accounts for 8% of retail sales now, but it is rising much faster than other channels and is expected to nearly double by 2020.

Research by Fiserv finds 87% of households access mobile banking through a smartphone, making it more popular than those who did so using a tablet.