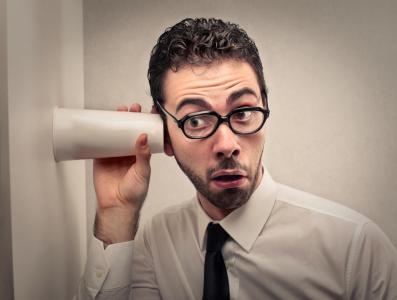 Listening To The Noise Around Wells Fargo

"Can you hear me now?" This was the catchy question posed by Verizon's pitchman in a successful advertising campaign that ran from 2002 to 2010 (touting Verizon's extensive cell phone coverage). Today, the pitchman has changed sides and joined with Sprint to talk about a different product feature, cost-savings. Value over differentiation is the new product pitch, as the variance in cell phone coverage between the large providers has greatly diminished. Although cell phone companies are not public utilities as their Ma Bell was, they are still regulated and offer a similar, almost generic, product.
This leads us to think about the future of big banks in this low interest, post-Wells environment. Could banks be on the same path as utilities? After all, as regulators focus on combating deceptive sales practices, the distinction between big banks and utilities seems to be further eroding.
Consider that in Feb, Minneapolis Fed President Kashkari even publicly opined that one way to reduce the risk of banks that are too big to fail, would be to employ tough regulations aimed at turning them "into public utilities."
Fast forward and a well-known banking analyst noted that banks are now even closer to becoming "pure utilities" than they were before. Paul Miller, managing director and head of financial institutions research at FBR Capital Markets, told CNBC's "Squawk on the Street" in mid-Oct that the regulatory fallout from the Wells Fargo debacle will only muddy the waters further.
While the brunt of regulatory scrutiny is focused on big banks, it's likely that community banks will also ultimately be held accountable to some extent. Certainly, community banks should expect to deal with heightened scrutiny in the wake of the Wells Fargo matter - particularly around compensation and account opening procedures. While it's too soon to say precisely what new regulations will be introduced, regulators are likely to pay special attention to several trouble spots that have bubbled to the surface.
On incentive plans, at minimum, regulators will likely want to ensure the legitimacy of the plans' stated goals and the means being taken to attain them.
Expect additional restrictions on cross-selling, which today is an important marketing tool for all banks. We've said before how important cross-selling can be from a retention and profitability standpoint and just like the fast food restaurant cross selling french fries with the burger, this practice is much broader than just banking. We certainly hope efforts to clamp down on a few bad apples won't impede legitimate efforts by community banks to provide customers with important products and services.
Time will tell precisely what new regulations will come down and how deep the impact will be on community banks. In the meantime, be sure to review policies and procedures with respect to these hot-ticket items. You likely won't find widespread problems with respect to sales practices, but it's still important to get ahead of the regulators, document things and identify possible red flags so you can proactively fix them.
To combat an erosion of trust with customers, you may also want to consider reminding customers why you are different than larger banks. It can be a good opportunity to reiterate to your customers the values you stand for and the ongoing commitment you have to them. Most community banks do a good job of communicating their positive attributes to their customers, but it never hurts to say it again to be sure they hear it - especially when the image of banks have been freshly tarnished.
Subscribe to the BID Daily Newsletter to have it delivered by email daily.

Yields ended flat on the day, as investors absorbed ongoing noise around the FBI investigation of Clinton and the increased uncertainty that has added to the markets.

Research by independent antivirus testing company AVTEST finds the percentage of search results that contain malicious links jumped 600% from 2013 to 2015.

The NCUA approved its proposed membership rule that makes it easier for credit unions to extend their reach to new members.

Research by Bank of America Merrill Lynch finds robots are projected to be performing 45% of manufacturing tasks in the next 10Ys (by 2025) vs. 10% today.

Regulatory changes have pushed bank ownership of government bonds to $2.4T for the industry, the highest level since the Fed started capturing it in 1973.

The CFPB has sent warning letters to 44 mortgage lenders and brokers, warning them to review practices to ensure HMDA compliance, after reviewing data that indicates the firms may not have complied completely with HMDA.

The National Association of Realtors reports single women have been buying single family residential homes at 2x the rate of single men over the past year.
Copyright 2018 PCBB. Information contained herein is based on sources we believe to be reliable, but its accuracy is not guaranteed. Customers should rely on their own outside counsel or accounting firm to address specific circumstances. This document cannot be reproduced or redistributed outside of your institution without the written consent of PCBB.