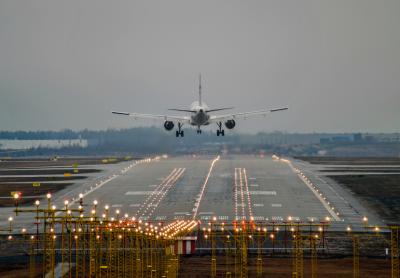 Sticking The Landing With Millennials

by Steve Brown
Share this Article:
At a recent board meeting, a couple of directors were overheard to discuss the flight they had just taken to arrive. They asked one another whether it was "Navy" or "Airforce." We found out that these two directors each had a military background from these respective branches, so they felt obligated to give each other some grief. It seems that when you are flying somewhere, if your plane touches down roughly and uses only half the runway, you would likely have a Navy pilot. After all, these pilots are used to landing on aircraft carriers, so they don't waste runway and tend to land aggressively, we were told. However, if the landing is smooth and seems to use the entire runway, you likely have an Airforce pilot. These pilots have been trained on longer runways, so they tend to relax and use all of it. Now, we don't know if these fine gentlemen were spinning yarns or not, but we share this anyway so you can make your own analysis.
Speaking of analysis, we recently took a look at how millennials use debt. Now that they are the #1 group in the workforce, we thought you might like to know more as you tweak your community bank to service these customers in the coming years.
Here, a Bankrate study found 67% of millennials don't even own a credit card. That compares to only 45% of those 30 to 49Ys old who do not have one and 28% of those 50 to 64Ys old who do not. Further, outside of the millennial cohort, only 19% of those making $75,000 or more do not have one. Clearly, almost everyone except millennials use credit cards.
Millennials, it turns out, don't view debt in the same way that their predecessors did. In fact, according to the Fed, only 37% of households overseen by 35Y old Americans or younger had credit card debt in 2013 - a whopping 25% decrease vs. the same age group in 2007. The New York Times even declares this is the lowest level of debt since 1989.
What gives? Well, it all has to do with the Great Recession. That event deeply scarred this group of consumers, pushing them to cut their debt load as they tried not to add any more. They saw their parents lose jobs and observed firsthand the strain that was put on their families.
Plus, this group is already burdened by heavy student loans. Here, the average American under 35Ys old carries $17,200 in student loan debt, according to studies. These younger customers are looking to pay that off first.
There are also technology and other changes afoot. Here, the data shows younger consumers prefer to pay in cash, use their debit card or transfer funds directly from their bank account. They are not afraid to use alternate ways of paying either such as Venmo, Paypal, etc.
The question for banks is how this shift impacts future financial activities for millennial customers. If things continue, they will not have much of a credit history. Thus, they will likely have to defer big purchases, will not be able to apply for home mortgages or get auto loans as readily as Gen X or Boomers.
There could be an opportunity here for community bankers, however. This group has a deep seeded fear of debt, so they may be more likely to repay it, making them a better risk profile perhaps. They will need education, but you can provide that too and those that will take over the family business down the road.
No one really knows just how this age cohort will fly when it comes to borrowing, saving and paying back on obligations - but it seems the signs point toward a smooth landing perhaps.
Subscribe to the BID Daily Newsletter to have it delivered by email daily.

The Intersection Of Community & Robo-Banking

Bloomberg reports fallout over the Wells Fargo account opening issue has pushed regulators to inform some banks that they will be subject to practice review. Regulators plan to look at data, talk to employees, examine account opening procedures, review incentive compensation structures and review sales practices to ensure they do not encourage opening accounts without customer authorization.

The OCC has reported the loss of about 10,000 records related to a "major information security incident" after an employee downloaded a large amount of data 1 week before he retired onto 2 thumb drives. The data involved "controlled unclassified information, including privacy information," but was encrypted.

KPMG reports European banks still have $1.3T in nonperforming loans, more than 8Ys after the financial crisis. Weak growth and higher capital rules have hampered efforts to reduce the total, leaving KPMG to point out it could take "decades rather than years" to reduce exposures.

Private equity, investment banking, alternative asset management and financial services company Blackstone Group LP said on a recent earnings call that it sees the real estate market as healthy and that fundamentals should remain solid for the foreseeable future.

European regulators have proposed guidelines that would require banks to screen management before hiring them. Screening would include such things as knowledge, skills, experience, honesty and integrity. We wonder how long it will be before US regulators pick up on this and require it here.