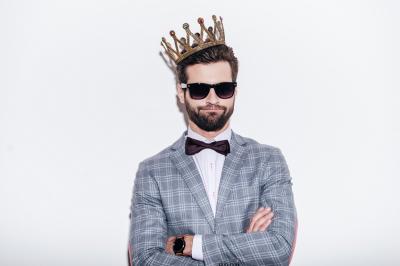 Aristocracy is defined as the highest class in a society. Here in the US where we value all things financial, some would argue it is that way with Wall Street titans Goldman Sachs and Morgan Stanley. However, while high level aristocrats rarely interact with common folk, these two in the financial world are now doing exactly that as they target retail deposits and move deeper into the world of retail banking.
For these two at least, mom and dad will have to get used to the fact that these companies were once synonymous with the ultra-rich, investment banking and sophisticated investing.
Commoners may not know it, but the 2008 financial crisis changed their equation right along with everyone else. Higher capital requirements and greater regulation means these banks now do less deal making and less trading and more banking.
As such, Goldman and Morgan Stanley have expanded into deposits and loans as direct competitors to retail bankers.
For their part, Morgan Stanley seems mostly focused on wealth management. This line of business is one its experts have mined for a long time, so that isn't surprising. However, they are also trying to get more business from their existing network of customers. To bankers, that makes sense. Interestingly, Morgan Stanley reports its lending activities have tripled since 2012 and currently total $93B. That is a lot of growth for anyone. Meanwhile, their emphasis on the funding side is all about reimbursing ATM fees, better interest rates on savings accounts and doing business with them because they can fulfill any financial need a business or consumer may have.
Goldman's approach is different. Its offerings are tailor-made for the middle class and advertised online. Goldman doesn't plan to invest in costly branches and indicates its business will stay on the web. Goldman also acquired General Electric's online savings platform this spring and renamed it Goldman Sachs Bank USA. Goldman promises a better savings account with no transaction fees and better interest rates than a typical bank. In fact, according to Bankrate, Goldman has a 1.05% interest rate vs. 0.54% offered by the rest of the industry on average.
Goldman is also active in the lending arena. It received $8B in deposits from GE and has added another $3B since April. It is also vigorously pursuing online lending and will launch Marcus in October, in honor of Marcus Goldman, the co-founder of the company. Marcus will offer personal loans of about $20,000 and will coax customers to consolidate credit card debts at lower rates. The idea is to begin with individuals and then move to small business loans over time. Also of note, as of Q2 2016, Goldman's bank was $161B in size.
As a new retail banking institution, Goldman claims a couple of advantages. First of all, the company doesn't bear the costs of bricks and mortar branches. Second, it relies on its own funding based on retail sources. However, Goldman also doesn't have much real experience with typical retail customers, unlike Bank of America, Wells Fargo or JPMorgan to name a few. It also is a NY company, so community banks still have an edge too.
To start, monitor these organizations as you would the largest bank competitors to keep on top of things. Then, focus on what you do best, like leveraging up your community ties and personal customer relationships to ensure your customers stay with you no matter what is offered out there.
These two Wall Street aristocrats will be enticing to some given their famous names, but community bankers are all about community, so we think most customers will take comfort in keeping things local.
Subscribe to the BID Daily Newsletter to have it delivered by email daily.

Yields inched 3bp higher, as investors reacted to better than expected manufacturing data and comments by Fed Chicago President Evans who pointed to rate hikes through 2017.

It is official - Wells Fargo and the Commonwealth Bank of Australia have used blockchain technology to process and execute a shipment of cotton from the US to China. We are keeping tabs on this trend and will report back in a future issue.

The NCUA said it will repay the $1B it borrowed on its line with the Treasury by October 31.
Copyright 2018 PCBB. Information contained herein is based on sources we believe to be reliable, but its accuracy is not guaranteed. Customers should rely on their own outside counsel or accounting firm to address specific circumstances. This document cannot be reproduced or redistributed outside of your institution without the written consent of PCBB.