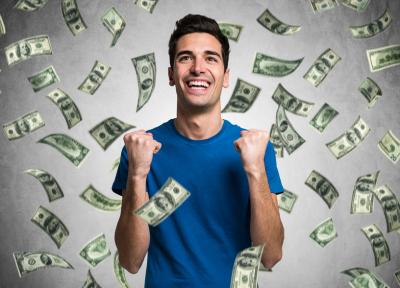 Yesterday we talked about whether it made more sense to use Prime as a base rate or index, so today we explore Libor in more detail. As with setting the Prime rate in the US, Libor similarly comes from a group of large banks.
Here, 20 of the world's largest banks submit their interest rate data to the British Bankers Association (BBA) each day. The BBA then threw out the top 25% of quotes and the bottom 25% and averaged the remainder. The key issue here was that Libor was a hypothetical rate (not an observed rate), in that the banks were asked to submit the rate that they believed represented where they could borrow that day from another bank. That opened things up to interpretation and that is not a good thing and that is why Libor now comes from observable rates.
As for the Prime rate, it is tied more to the federal funds rate. That means it only moves around when the Fed moves rates. That is good for banks when the Fed is easing, as the rate doesn't move down as quickly as Libor, but it is bad when rates are rising and Libor moves upward in anticipation of higher rates. In short, Libor moves all the time, while Prime may sit idle for years before moving one way or the other.
As your bank talks about which rate to use - Libor or Prime - consider the funding side of the world as well. Here, large US banks typically start each day by setting funding rates using the Libor curve. They take each maturity term and then apply some percentage to their own deposit rates for each term. By using Libor on the asset side of your balance sheet as well as the inherent tie to it that is going on with funding (large banks control about 90% of all US funding), community banks stand a better chance of controlling against basis risk.
What is basis risk you may ask? It is the risk that occurs when the relationship among various rates (deposits and loans in this case) is mismatched and move independently from one another. Put another way, basis risk occurs when the spread between Prime and Libor changes. This change can impact a bank's NIM through changes in the earned/paid spreads of instruments that are being repriced. It can also impact anticipated future cash flows from such instruments, which in turn affects the underlying net economic value of the bank.
No matter what index you choose to use to price your loans or deposits, all of them have strengths and weaknesses in different contexts. As such, we hope the past two days have helped your team discern fact from fiction, at least when it comes to trying to figure out whether to use Libor or Prime and when to do so.
In short, for bankers everywhere the discussion of whether to choose Libor, Prime, Treasuries or something else basically gets back to profitability and risk management. Only you probably really know the structure of your bank on both the liability and asset side of the balance sheet, so answering that question is complex to say the least.
Nonetheless, embracing each index in turn by thoroughly understanding the pros and cons can be a good thing for bankers. This is particularly true for those seeking to boost performance and capture customers, so keep at it.
Subscribe to the BID Daily Newsletter to have it delivered by email daily.

Yields were boosted 6bp amid reports that the European Central Bank (ECB) may start unwinding stimulus efforts ahead of schedule.

Fed Richmond President Lacker (non-voter) said the fed funds rate should be "1.50% or more by now."

Research by Bank of America Merrill Lynch finds by demographic category, those employees who said they were in total control of their financial situation were as follows: Millennials (24%), Gen X (18%) and Baby Boomers (22%).

The Electronic Transaction Association reports 600mm credit cards now have EMV chips, or roughly 50% of all cards in circulation. Also of interest perhaps, MasterCard and Visa report 33% of merchants now use readers that accept chip cards and that percentage is expected to reach 50% by year end.

Bankers hear so much about millennials these days that we were intrigued by a survey around Gen Z (age 15 to 20Ys) by search firm Monster Worldwide. It found this group is more motivated by money than prior generations, with 70% saying they are very interested in cash, compared to about 63% of Millennials, and 60% each for Gen X and Boomers.

A Deloitte survey of CFOs at large companies finds on average respondents have 9 functions reporting to them, with 6 reporting to them directly and 3 reporting to them through a direct report.
Copyright 2018 PCBB. Information contained herein is based on sources we believe to be reliable, but its accuracy is not guaranteed. Customers should rely on their own outside counsel or accounting firm to address specific circumstances. This document cannot be reproduced or redistributed outside of your institution without the written consent of PCBB.