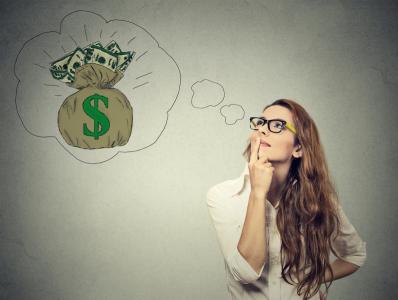 by Steve Brown
Share this Article:
We get asked frequently by bankers where our ideas for this portion of the Banc Investment Daily (BID) come from. Our answer is simple - we are very curious. So, we read everything we can get our hands on; constantly do research; talk to experts all over the place both inside and outside of the industry; solicit input, feedback and positions on various issues from regulators we know; and get some of our best ideas directly from community bankers themselves. Today, we explore a question surfaced by one of those bankers.
The subject this banker wanted discussed revolved around the differences between key references or base rates used by banks. Specifically, he asked why community banks that have a perfectly good index in Prime would need to consider adding what is really more of a large bank index of Libor? After all, this banker argued, international issues seldom reached the shores of community banking, and local businesses seemed perfectly happy accepting Prime as an index. Not to mention issues that adding Libor would bring to his bank, such as having to provide additional employee education, learning and managing pricing difference nuances, understanding how to use an international index, infrequent customer requests and other factors.
Since this banker asked about the Prime rate first, and since all community bankers we know use it as a major index, we begin the discussion there. According to the Fed, the Prime rate is a "reference or base rate" that banks use to set the price or interest rate on many of their commercial loans and some of their consumer loan products.
The Prime rate is widely used by US banks and is itself based on the federal funds rate. Prime tends to run at a spread of about 300bp above the federal funds rate. Meanwhile, the Wall Street Journal (WSJ) Prime rate (which is often used in loan documentation), is a consensus rate posted by the 10 largest US banks on corporate loans. The WSJ rate changes when at least 70% of these banks change their Prime rate.
Historically speaking, data on the Prime rate goes back as far as 1929 and it remains today a highly used index by US banks. Compared to Prime, however, Libor is relatively young. In fact, the IMF indicates the British Bankers Association (BBA) launched Libor in 1986 (in 3 currencies) in response to huge growth in futures contracts used to hedge against interest rate risk. Libor was established back then to be a standardized benchmark for the pricing of floating-rate corporate loans.
Back then, Libor usage also quickly reached US shores, as large US banks were all operating global business models. They needed an index that would be supported globally when doing business vs. one that was more singularly used in the US like Prime. Globalization is one reason Wharton reports analysts indicate Libor rates today may influence interest rates on "between $350 trillion and $800 trillion in loans and investments." Clearly, despite being relatively young as an index, Libor usage by banks worldwide as an index has significantly overwhelmed Prime usage by a wide margin.
Tune in tomorrow as we continue to explore this subject further.
Subscribe to the BID Daily Newsletter to have it delivered by email daily.

ISM Manufacturing: Strong Rebound, Back Over 50 on New Order Growth
Construction Spending: Declines Across All Sectors in August

1) First Commonwealth Bank ($6.7B, PA) will acquire The Delaware County Bank and Trust Co ($557mm, OH) for about $106mm in cash (20%) and stock (80%). 2) MetaBank ($3.1B, IA) will acquire tax refund, prepaid payroll and merchant services company EPS Financial for about $42.5mm in cash (50%) and stock (50%). The purchase expands Meta's position in the tax payments industry and allows them to sell an expanded suite of products & services to tax preparers and their customers.

Online lender Prosper Marketplace said a lack of investor demand has led it to suspend offering a secondary market for its loans effective Oct. 27. As such, investors who already own loans will need to hold those to maturity.

Deloitte research around third party intermediaries finds some potential red flags in such relationships include: working with partners that lack facilities and staff to perform required services; introduction of additional third parties into transactions; contract terms that are vague/ambiguous, or neglect to include an audit clause; requests for reimbursement of fees and/or expenses with limited documentation or evidence of services performed; and upfront payments and deposits requested by the vendor to secure business.

US Bank will pay $13.5mm to settle allegations it let hundreds of foreclosed homes deteriorate throughout Los Angeles following the credit crisis.