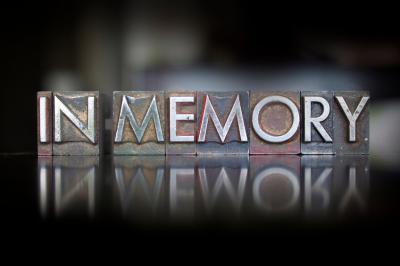 Planning a funeral for a loved one is never fun, but knowing that it will be sparsely attended is even more depressing. Enter a bizarre twist on this from a UK-based company known as Rent A Mourner. They supply professional, discreet people to attend funerals and wakes to boost attendance. The hired grievers are even briefed in advance about the life of the deceased, so they can blend in with the genuine mourners. If this seems strange to you like it does to us, we note that employing professional mourners is quite common in some cultures.
While we're on the topic of funerals, a recent study on the proliferation of mobile banking got us thinking about what this means for traditional branch banking methods.
Back in August, the ABA conducted a survey of 1,000 US adults and found that 58% of Americans now use a mobile device to manage their bank account at least 1x per month. Drilling down further, 37% claim to use mobile banking more than 3X and 21% said 1 to 3X.
The shift toward mobile banking comes as the number of bank branches continues to drop precipitously. US banks have trimmed the number of branches by 6% since it peaked in 2009, according to FDIC data. There were 93,283 branches open at the end of last year alone, which is the lowest level in a decade.
Adding fuel to the fire, a number of large banks have recently announced additional branch closures, citing customer preferences for digital channels as justification. JPMorgan, for instance, is in the midst of a 2Y plan to shutter and consolidate as many as 300 underused branches nationwide. Fifth Third has plans to close 100 branches across its network and Capital One and Bank of America are also in the midst of closing select branches. All are doing so as they adjust to the digital economy.
Going forward, we expect to see this trend of closures to continue. As the demographics shift, more customers are using mobile banking as the new way of doing business. Community banks as well are under increased pressure to justify the high costs of maintaining a branch network given this customer shift. Amid the competitive realities, community banks should actively review the performance of all branches periodically.
When it comes to mobile banking, it is a good sign that 72% of mobile banking users polled by the ABA rated their bank's app as "excellent" or "very good." However, since technology changes quickly, bankers must stay at the top of their game or risk losing market share to competitors.
For the most part, banks offer mobile banking apps for free, however recent research suggests that some customers would be willing to pay for the service. According to a new survey of nearly 4,000 US bank app users by S&P Global Market Intelligence, 21% of people said they'd pay as much as $3 a month for the service. Meanwhile, up to 40% of people said they'd be willing to pay $1 a month. You may not be able to charge for this, but it might be worth investigating whether your own customer base would support paying a fee for mobile banking.
Amid all these considerations, banks must balance the value of keeping traditional branch efforts alive and the benefits and risks of mobility. At least for now though, branches still have a place and they have not been relegated only to our memory.
Subscribe to the BID Daily Newsletter to have it delivered by email daily.

Yields jumped 3bp, after investor fears around Deutsche Bank ebbed. Analysts said fears were way overblown and reports surfaced the bank is close to a settlement with the DOJ.

Research by the University of New Haven Cyber Forensic Research and Education Group of 17 major banks finds that 6 (35%) have password handling and procedures that are weaker than most social websites. The biggest weakness that surfaced is that the banks ignore case sensitivity in passwords.

Using data from the National Bureau of Economic Research, it's interesting to note that from 1854 until now, 41% of recessions have occurred in the year following a presidential election.

BB&T will pay $83mm to settle with the DOJ related to mortgage loans the bank originated that were insured by HUD and the FHA.

Wells Fargo will pay $20mm in a civil money penalty to the OCC for violations related to the Servicemembers Civil Relief Act. Wells failed to limit interest rates on servicemember obligations, did not accurately disclose active duty status to courts prior to eviction and repossessed automobiles.

Research by RR Donnelley on M&A transactions finds the following steps were identified as the most critical to ensure operations run smoothly while members of staff handle due diligence: reassigning critical tasks to employees not involved in the process (52%), hiring additional personnel to fill necessary gaps (50%), and slowing down company operations to compensate for the hours spent on diligence (38%).

Research by Market Strategies International on millennials finds that when this group researches on products and services, they are 3x more likely to consult comments on social media and blogs vs. baby boomers.
Copyright 2018 PCBB. Information contained herein is based on sources we believe to be reliable, but its accuracy is not guaranteed. Customers should rely on their own outside counsel or accounting firm to address specific circumstances. This document cannot be reproduced or redistributed outside of your institution without the written consent of PCBB.