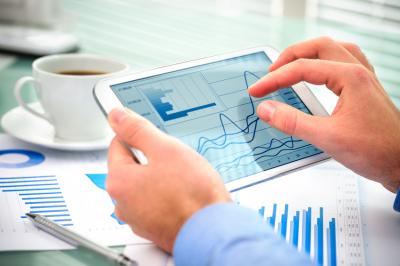 by Steve Brown
Share this Article:
Every so often it makes sense to look at history to see if any trends can be picked up that might help bankers in the current environment. This can also be a particularly good exercise this time of year, as bankers head into strategic planning and try to discern what the future may bring. While history may not be a predictor of the future, this sort of analysis can nonetheless provide some interesting insight when you look at the trends. Today we decided to do just that. The analysis that follows takes a 5Y view of things using FDIC data for financial institutions with assets up to $1B from Q2 2011 to Q2 2016. Here are some things that surfaced from our review.
There are fewer community banks overall. The data shows the number of institutions in this group has declined about 21% over the 5Y period from 5,883 to 4,637. As you might expect, total full time equivalent employees has also declined, although it is only down 17% over the same period. This is probably because while branch closures have increased and you would expect M&A activity as well to drive out costs, regulatory burden and other costs have kept employee levels from dipping as much as bank closures on a percentage basis.
Community bankers are working harder. Looking at total assets for this group, we see the total has declined 8%, despite there being 21% fewer institutions. That means the remaining group of banks has fought hard to hold onto marketshare and the numbers show they are doing so with greater efficiency. By way of an example, while this group still controls $1.078T in assets (vs. $1.171T some 5Ys ago), the number of employees has declined 17% as we stated above, so assets per employee has jumped 11%. Community bankers are clearly getting more efficient and doing more with less as they leverage technology and streamline their operations.
Loans have grown while liquidity has been maintained. Looking at the asset structure, cash remains at about 8% over this period, while securities have decreased slightly (21% vs. 22%), loans have climbed to 65% (vs. 62%) and bank premises have declined to 1.71% (vs. 1.87%) as banks streamline operations. As for the loan loss reserve to asset ratio, an improving credit environment allowed it to close Q2 2016 at 0.92% vs. 1.30% 5Ys earlier.
Interest rate risk on the funding side has decreased through structure. Here, we find the percentage of interest bearing deposits to assets has declined from 70.3% (5Ys ago) to 65.5%. That is a good thing when you consider bankers now are positioned to be less impacted by rising rates, as fewer assets are funded by interest bearing deposits overall.
Capital levels have climbed. Looking back 5Ys, we find total bank equity capital to assets was around 10.5% vs. 11.3% as of Q2 2016.
Interest rate risk on the asset side has increased through structure. Just looking at long term assets to assets over this period, the percentage has jumped from only 24.4% 5Ys ago to 29.4%. Put another way, longer term assets to assets over this period have jumped over 20%. This is one reason the regulatory agencies are concerned about the impact of rising rates on banks.
There is a whole bunch of analysis one can do when looking at community banks to be sure, but we were heartened to see that despite the fact the total number of intuitions has declined, those that remain are doing a decent job of hanging in there despite an extremely difficult operating environment. Keep fighting and we will be back down the road with another look at 5Y trends from a different angle perhaps.
Subscribe to the BID Daily Newsletter to have it delivered by email daily.

Assembling The Pieces Of A Loan Portfolio

A survey by the American Staffing Association finds that 46% of job seekers say the internet was the most helpful resource when looking for work; however 61% said they felt uneasy about giving so much personal employment information to websites.

Research by Deloitte and MIT on digital disruption finds the following cited as the biggest barriers impeding organizations form taking advantage of digital trends: too many competing priorities (26%), lack of management understanding (13%), lack of organizational agility (13%), lack of an overall strategy (12%) and short term market pressures (9%).

Research by Barlow finds on average it takes between 4 to 6 days for small and medium sized business owners just to get a response back from their primary bank on a loan request. Time to get the loan approved and fund it took longer.

Research by the Stanford Center on Poverty and Inequality finds the middle class lost 23% of their wealth following the credit crisis.

A survey of bank executives by Promontory finds 46% of respondents expect to increase their investment in regulatory and compliance management activities vs. 36% last year - a 28% YOY increase.