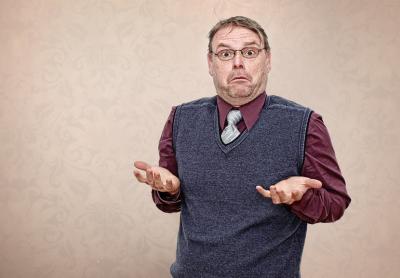 The Brexit Is Changing Minds Globally

French Prince Talleyrand was reportedly one of the best diplomats to ever live. He is credited with coining the phrase "only fools never change their minds." We wonder if he was British instead of French and lived today instead of in the 1800s, whether he would be shouting this from the rooftops due to the Brexit.
Of course, it is probably much too late to reverse this historic vote to exit the EU, so the British people and those who do business with the country and its companies will have to adjust.
Over there - This historic vote came in late June, so we are basically about 3 months along at this point. While little data is around to measure, it is clear the Pound has declined, the economy has softened and inflation has jumped. On the good news front, the lower Pound has also boosted tourism and exporting activity.
Over here - Back in the US, our strong Dollar is driving many to travel abroad because it is so much cheaper. This is helping some US hotel chains operating overseas, as well as some airlines. Banks, meanwhile, remain concerned about the potential for additional fallout. Larger banks have operations over there and millions of people in the US are employed by British and European companies so the risks are real.
Over there - According to a survey by Greenwich associates, more than 25% of European companies already plan to reduce the amount of business they do with English banks and 20% intend to shift their business to global lenders.
Over here - One positive area for community banks in particular could be in real estate. Here, our stable and slowly growing economy provides opportunity for overseas UK and European investors stuck in an economic situation that is actively in flux. Investors after all hate uncertainty and that is exactly what they are seeing across the pond. As such, look for investment dollars to flow into US assets and in particular into real estate. Of course the opposite could also occur, where wealthy UK investors begin to liquidate US holdings as they seek to raise cash and sustain operations back in their home country.
Over there - Uncertainties created by Brexit are not good for any economy and least of all probably the UK. That is why the Bank of England slashed rates to the lowest level in its 322Y history to boost growth.
Over here - While community banks usually don't have offices in London, Paris or Frankfurt, some of your customers might. Now is a good time to get a handle on those customers to ensure they are doing ok and can continue to service the debt of any loan you may have outstanding to them. A weak Pound will make US exports more expensive and less attractive to UK customers, so those exporting from here to there could see a decline in business. Meanwhile, your importer customers could see a boom in their business and might need to borrow more, so these could provide opportunity.
Suffice it to say things will remain in flux in the UK and in broader Europe through 2017 when negotiations to leave are expected to begin in earnest. Community bankers for their part will be monitoring both customers and market conditions as they evaluate where there is opportunity and where there is added risk. In the meantime, it is ok to change your mind as conditions around you change, so keep an open mind on this one to ensure your bank gains more opportunity over time.
Subscribe to the BID Daily Newsletter to have it delivered by email daily.

Yields ended the day unchanged, as investors awaited news from the FOMC and BOJ meetings.

Community banks should check loan portfolio exposures to Kmart, as the chain said it plans to close another 64 stores across the country.

Xenith Bank ($2.1B, VA) said it will exit the mortgage origination business due to high regulatory compliance costs. If this business line is too expensive even for a $2B bank to operate, clearly it appears mortgages may have left the community bank building just like Elvis.

JPMorgan has updated its interest rate outlook and now projects the Fed will raise rates in Dec of this year and 2 more times in 2017 (Jun & Dec).

The CFPB is set to release a rule in the coming months around prepaid cards (also known as general purpose reloadable cards), that will reportedly require more detailed fee disclosures, easier access to account information, limit consumer losses when funds are lost or stolen, and ensure providers resolve errors in a timely fashion.

A study by Ranstad looked at the first group of the 23mm Americans ages 6 to 22Ys old known as Gen Z that is just entering the workforce. The found: 41% said a corporate office is their top work preference vs. working remotely, they are very self-motivated, they do not want to settle, they like to collaborate and learn from peers, 43% want their employer to incorporate social media into the workplace; they prefer in person communication to technology forms; and 60% want to work in more than one country in their career.
Copyright 2018 PCBB. Information contained herein is based on sources we believe to be reliable, but its accuracy is not guaranteed. Customers should rely on their own outside counsel or accounting firm to address specific circumstances. This document cannot be reproduced or redistributed outside of your institution without the written consent of PCBB.