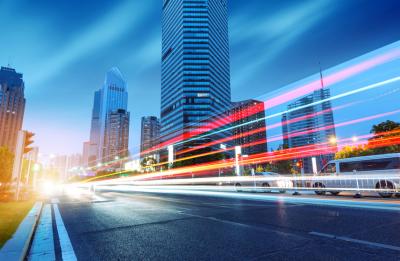 The Speed of Banking

Our banker scientists out there know that a light year is the distance light will travel in a year. Given light moves at a speed of over 670 million miles per hour that is really going fast. At that speed, the closest star would be just over 4 light years away from Earth. We bring this up because many bankers we know will commonly try to do the math to figure out how many M&A years it takes to get to 2x tangible book value.
To start our journey of analysis, we looked at recent M&A data we were reviewing while doing some research. It provides an interesting glimpse into the banking industry over the longer term in this area. Specifically, back in 2006 and 2007, the median price to tangible book was 2.27x and 2.18x, respectively. Taking those together, that is about a 2.23x average over those two years. We will call this the pre-crisis period for the rest of our discussion. Community bankers and their boards remember these levels well, and many on the sell-side of the fence will commonly say their board expects this level if someone wants to buy their bank. Basically, they indicate their board is holding out for a 2x book level or better.
Those on the buy side, however, look through a different lens. Here, the buyers will look more to 2010 data and beyond, or the post-crisis period to discern trends. In doing that analysis, the data shows us the low point came in 2011 at 1.05x and the highest level reached has been 1.41x in 2015. On average since 2010, the price to tangible book has been around 1.23x. That is a full point below the pre-crisis year period or about 45% less.
It is this "spread" in the marketplace that sets things in motion and drives investment bankers absolutely crazy. On the one hand, sellers would argue that as the economy has recovered so have the price to tangible book levels. They point out that from the low point in 2011 to the high point in 2015, prices have rebounded 34%. They also do the math and find that price to tangible book over this period has climbed just over 7 points each year. At that pace, on average, the magic 2x book level would only require sitting tight for 7 or 8 more years to reach it across the industry. That means a quality operation with a quality team and track record could probably get this done in 5Ys perhaps. That is why there is a large group of banks still toiling away, working to improve the business model every day.
On the buy side of things, the discussion is quite different. Here, things are reviewed such as the length of the economic recovery (7.0Ys now vs. an average of 6.4Ys since the 1980s) to project how long the buyer can leverage the new company until the next downturn. In addition, ROE performance is another metric that can be examined. Here, buyers find projected ROE performance for community banks with assets < $1B (as projected by S&P Global Market Intelligence) over the next 4Ys declines from 8.45% this year to 7.37% by 2020. That is close to a 13% decline so paying a higher price to tangible book seems like a bad thing for them to do. There are many other components of banks that this group would likely review to determine what is a fair price to pay, but these two are certainly in the mix.
No matter what your bank's situation is at this point or where you are projected to travel to 3Ys to 5Ys from now, know that there will be significant twists and turns along the way is important. As such, perhaps most important will be having a management team that is flexible and responds well to change. If that is accomplished, your bank is well positioned no matter whether a buyer, seller or builder.
Subscribe to the BID Daily Newsletter to have it delivered by email daily.

Yields climbed 1bp, as investors await the outcome of this week's FOMC and Bank of Japan meetings.

TransUnion reports 10mm new consumers got credit cards in the last year and over 50% were from millennials. Meanwhile, about 60% of new customers were subprime with a credit score below 660.

Research by the World Economic Forum on jobs finds the demand in 2020 for various skills will be: 36% of all jobs across all industries are expected by our respondents to require complex problem-solving as one of their core skills vs. only 4% that will have a core requirement for physical abilities such as physical strength or dexterity.

Research by Deloitte and MIT on digital disruption finds specific technologies ranked as most important in the next 3 to 5Ys are: analytics (25%), internet of things (14%), mobile (11%), cloud (11%) and artificial intelligence (9%).

China remains the largest creditor to the US, but its holdings of US Treasuries has declined to $1.219T, the lowest level since Jan 2013.
Copyright 2018 PCBB. Information contained herein is based on sources we believe to be reliable, but its accuracy is not guaranteed. Customers should rely on their own outside counsel or accounting firm to address specific circumstances. This document cannot be reproduced or redistributed outside of your institution without the written consent of PCBB.