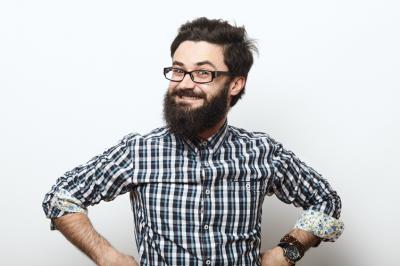 The Attractiveness of Banks

Everyone knows that "nice guys finish last." However, as it turns out, everyone was wrong. Scientists at Britain's University of Sunderland and University of Worcester recently conducted a study on whether women are more attracted to good looking men, or those who put the well-being of others ahead of themselves. Specifically, researchers wanted to determine how altruism (the selfless concern for the welfare of others) plays into the choices women make regarding men as they enter into long-term relationships. Women who participated in the study were shown photos of two dozen men of varying degrees of attractiveness. Alongside the photos were notations about the men in various scenarios, from purchasing coffee for a homeless person, to refusing to help someone in need. What scientists found is that women interested in nothing more than short-term flings chose men based solely on their looks. Meanwhile, women seeking long-term relationships sought men who are selfless.
The point that women are ultimately more interested in men with character vs. those with flash, made us think about a recent Gallup poll on banking. Wait, what?
You see, this poll found that customers are happier with their interactions with community banks and credit unions than they are with larger banks. Despite being happier with community banks, however, Gallup found that many customers will still move to larger banks once they have large amounts of financial business.
According to Gallup's findings, 37% of customers who use community banks and 52% of customers of credit unions have an emotional connection to the places where they bank.
In fact, Gallup found that customers see smaller banks as being part of the communities where they are located, which creates a sense of pride. Comparatively, only 17% of the customers of major banking chains have a real connection to their banks.
Despite having stronger ties to community banks, it turns out that once customers begin to build up more significant assets they are more likely to turn to larger banks when seeking advice (for things like retirement, investment products and insurance).
Sadly, some community banks even play a major role in pushing customers toward their biggest rivals here. That's because many have not done a great job of educating clients that your bank provides such services, and that you have way more to offer than just straightforward checking and savings accounts.
To begin fixing this, talk to customers about what you do. After all, Gallup found only 1% of conversations between community banks and their customers involve investment products and only 5% of the conversations mention credit products.
By not taking the time to discuss customers' financial goals with them and failing to mention financial services and products when opportunities arise, community banks are all but handing over customers' business to their larger rivals.
Like it or not, given that the major banking chains have far more money to advertise and a much broader reach, these are the banks that customers tend to think of when it comes to more sophisticated banking services.
As such, remind your customer facing teams to take the time to highlight all of your services and areas of expertise to existing customers. It can translate to new business and be a major factor in maintaining great relationships.
According to Gallup's findings, the high engagement levels that community banks have with their customers means you are able to convert such conversations into business sales 52% of the time. Comparatively, large banks have a 47% conversion rate.
Given this reality, much like women who are happier in long term relationships with men of depth, many customers would be happy to stay with community banks where they have created really strong connections. Keep working on your relationships.
Subscribe to the BID Daily Newsletter to have it delivered by email daily.

Yields climbed 5bp after Fed Chair Yellen said the case for higher rates has strengthened recently and that gradual increases were likely over time. This position has been echoed by about 5 Fed members in the past few days, so it appears they are laying t

Fed Chair Yellen said "the FOMC continues to anticipate that gradual increases in the federal funds rate will be appropriate over time" and "the case for an increase in the federal funds rate has strengthened in recent months." Meanwhile, St. Louis Fed President Bullard says the Sep 21 FOMC meeting could be a good time for the group to raise interest rates. Finally, Dallas Federal Reserve President Kaplan said he believes the case for removing accommodation is strengthening.

First National Bank of Omaha ($19B, NE) will pay $35mm to settle CFPB claims the bank unfairly or deceptively enrolled and charged customers for products they did not receive. The bank will pay $27.8m to reimburse customers and another $7.5mm in civil fines.

FinCEN has proposed a rule that would require all banks to establish an AML compliance program, including banks operating without a federal regulator (about 740 institutions that include some credit unions and trusts).

Bank M&A activity is down this year as stock valuations have plummeted. For those keeping score, S&P 500 financials have been the worst-performing sector this year.

The Wall Street Journal warns more malicious software programs (most often gets installed when a user clicks on a message from an unknown source or advertisement on a website that has been infected) are targeting smartphones in an effort to hack them and steal banking information.
Copyright 2018 PCBB. Information contained herein is based on sources we believe to be reliable, but its accuracy is not guaranteed. Customers should rely on their own outside counsel or accounting firm to address specific circumstances. This document cannot be reproduced or redistributed outside of your institution without the written consent of PCBB.