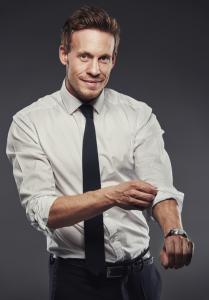 Rolling Up Your Sleeves On Subchapters

by Steve Brown
Share this Article:
As we emerge from the dog days of summer to what we can hope will be a cooler fall, we should note that there's been a change that made these recent hot months a bit more bearable for soldiers in the Army. After a 10-day test project at Fort Hood, TX, surely one of the warmer bases, the Army now allows soldiers to roll up their sleeves on combat uniforms. Personnel in all other armed forces were already allowed to roll them up in warm-weather months, but the Army had banned the practice in 2005. Now, soldiers can beat the heat by keeping their guns out when using their weapons in the hot sun.
We don't often think of the folks in Congress rolling up their sleeves, but there are a couple of pieces of legislation right now that could be deeply beneficial to community banks.
One of the bills, the Main Street Fairness Act, (House Resolution 5076, if you like to keep track of those things), is designed to watch out for small businesses. Depending on size, this would even include some banks.
The idea behind the bill is to protect pass-through businesses like Subchapter S community banks, which pay no corporate income tax and instead pass their earnings directly on to their owners. Individuals in the highest tax bracket pay federal rates of 39.6%, while the top corporate rate is 35%. While that difference isn't big, talk of cutting the corporate rate to 25% or less may leave small businesses paying higher rates than large ones.
Unfortunately, the bill is tied to corporate tax reform and Congress is woefully behind on doing something there. Fortunately, there is another bill known as the Capital Access For Small Business Banks Act (H.R. 2789). This one is narrower and could be seen as a community-bank-friendly act that could be rolled into other legislation.
This legislation would raise the limit on shareholders in a Sub S corporation from 100 to 500, making it easier for a community bank to expand its shareholder base and yet retain its pass-through status. It also would allow Subchapter S banks to issue preferred stock (today they can only issue common shares) and make the dividends paid on that preferred stock tax-deductible. Not bad and it may push some banks to switch to Sub S status even perhaps.
The bill in theory could help a family-held community bank raise new equity capital without diluting control over the bank. Further it would allow community banks to adopt higher Basel III capital requirements if they so elected.
Of course, expanding the ability of banks to remain pass-through entities, and allowing the dividends to be deducted, would have a negative impact on federal tax revenue. This hasn't been quantified by the Congressional number-crunchers, but it's a hurdle the sponsor will probably have to overcome.
While not much is expected to happen before November, there is some hope that the proposals may find life by getting attached to a bigger bill, so community bankers tracking such things are hopeful this time could be different.
In the meantime, let's hope Congress rolls up their sleeves and pushes through some legislation that will help support community bankers before they get burned again by the unbearable heat of regulation going on amid all that is DC.
Subscribe to the BID Daily Newsletter to have it delivered by email daily.

Video On The Forefront

The FDIC reports US banks have reduced the number of bank branches by 6%, since hitting the high water mark in 2009 (total number of branches open at the end of 2015 was 93,283, the lowest level in 10Ys), while the number of FDIC insured banks has declined 25% over the same period.

US community bankers should note that an article in Banking Technology points out Sweden's national bank has an app that already handles more than 30,000 customer conversations per month and resolves customer problems about 78% of the time.