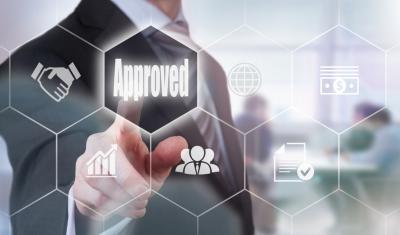 by Steve Brown
Share this Article:
Community banks are on a lending spree. They have been extending credit to commercial borrowers at a pace that exceeds that of bigger banks for at least the last year. The result has been a noticeable positive impact on community bank income, with community banks outperforming their bigger cousins.
But feasting on credit doesn't come risk-free. Indeed, regulators have taken notice of the increased lending taking place across the banking spectrum and have raised some caution flags about potential credit risk problems (as a result of lowered underwriting quality). This is an issue for all banks, but is of particular concern to community banks where the hunt for loans and yield has been most intense recently.
Regulators have been paying particular attention to commercial real estate (CRE) lending. They are particularly concerned where there is evidence of increased risk from lower quality underwriting, relaxed portfolio-level stress testing and less robust concentration risk management. Regulatory discussions as of late seem to point to less-restrictive covenants, extended maturities, longer interest-only payments, and limited guarantor requirements. While these changes make it easier for borrowers to obtain loans, risks seem to be increasing along with competition.
The potential for increasing credit risk isn't confined to CRE loans, however. Easing standards have also been detected by regulators in Commercial & Industrial (C&I) loans, and in indirect auto loans.
FDIC statistics indicate just how much bank lending has been growing. In the 12 months ending Q1, loan and lease balances grew 8.9% at community banks vs. 6.9% at non-community banks. In addition, nearly 80% of community banks increased their loan balances during the period. The biggest dollar increase was in nonfarm nonresidential loans which grew by $36.3B, or 9.4%, while the highest percentage growth was in CRE, up $14.5B, or 22.7%.
For the moment, the increased lending by community banks has been a positive for profitability. Here, the FDIC reports total net income of all FDIC-insured community banks reached $5.2B in Q1 vs. 7.4% from the same quarter one year ago. Over the previous 12 months, about 63% of community banks reported improved net income, according to the FDIC. By comparison, net income at non-community banks was down by about 2.7%.
So far the rush to extend credit has had little negative impact on community banks. However, larger banks have shown a worrisome rise in noncurrent loans and an increase in loan loss provisions. Most analysis at this point though points to the steep drop in energy prices more than anything else as the cause.
Overall noncurrent loan balances rose by 2.4% during the first three months of 2016, the first quarterly increase in 24 quarters. Noncurrent C&I loans rose 65.1%, the largest quarterly increase since the first quarter of 1987.
But this trend has been far more significant at big banks. For example, banks with >$10B saw noncurrent C&I loans rise by 82.1% in the quarter, while banks with <$10B saw just a 12% increase in noncurrent C&I balances.
Whether community banks will soon experience their own rise in nonconforming loans is hard to predict. For the moment though, regulators are keeping an eye on how banks big and small are managing all credit risks.
Subscribe to the BID Daily Newsletter to have it delivered by email daily.

Summer Time Is Nearly Up, Then Into Strategic

Regulatory rule changes related to the restructuring of money market mutual funds (happens in October), is reportedly a key catalyst that is moving Libor rates higher. As of last Friday, the Fed funds rate was 50bp vs. a 3 month Libor rate of 81bp (31bp spread). This compares to a Fed funds rate of 0.50% as of year-end 2015 vs. a 3 month Libor rate of only 61bp back then (11bp spread). As a result, banks that have assets tied to Libor have been able to pick up what amounts to almost another rate increase.

The FFIEC is seeking comment on a proposed new streamlined Call Report for financial institutions with assets <$1B. The proposal would take effect March 31, 2017 and reduce the length of the Call Report from 85 to 61 pages and remove about 40% of the nearly 2,400 data items currently included in the Call Report.

A KPMG survey of 100 executives at banks with assets between $1B and $20B finds strategic initiatives expected to consume most of senior management's time and energy are significant investment in organic growth (59%), significant cost reduction initiatives (52%), significant changes in business model (41%) and significant divestiture of current assets (33%).