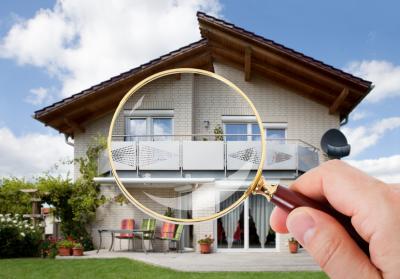 Traveling Down The Credit Rating Road

by Steve Brown
Share this Article:
Since its founding in mid-2008, crowdsourcing lodging service Airbnb says it has helped more than 60mm guests in more than 34,000 cities and 191 countries across the world find accommodations. Indeed, with only a few clicks, the service connects travelers with those willing to rent out their homes for a night, a week or even longer term. We've used the service before with good results and know a number of people who have had similarly positive experiences. However, we've also read in the news about the horror stories of homes being ransacked, used as brothels or taken over for other sordid and illegal purposes. One rule of thumb we like to follow is to stay only in places that are highly-rated by a large number of guests.
Of course, we also know to consider these ratings with a critical eye. As bankers are well-aware, ratings can be highly deceptive. Consider the losses that many of our brethren experienced around the time of the 2008 financial crisis on securities with ratings that implied credit losses would be improbable and insignificant. Widespread losses prompted Congress to enact section 939A, which directs each federal agency to review and modify regulations that reference credit ratings.
On that note, the FDIC is now seeking public comment on a proposed rule to amend its international banking regulations concerning credit ratings. The proposed changes apply to banks that operate foreign branches as well as insured branches of foreign banks. Generally, banks with <$1B in assets won't be impacted by the proposed changes. However, the changes are still important to note as such rules often trickle down.
The proposed rulemaking would mesh the FDIC's international banking regulations with the requirements of Section 939A of Dodd Frank by removing references to external credit ratings.
Subparts A and B of Part 347 would be amended to replace references to credit ratings in the definition of investment grade with a standard of creditworthiness that has been adopted in other federal regulations that conform to Section 939A. The new definition would define investment grade as a security whose issuer has adequate capacity to meet all financial commitments under the security for the projected life of the exposure. Such an entity has adequate capacity to meet financial commitments if the risk of its default is low and the full and timely repayment of principal and interest is expected.
Subpart B amendments would also require that assets pledged to the FDIC by the insured branches of foreign banks satisfy a liquidity standard and be subject to a fair value discount. In addition, the proposed rule would add two asset categories to the list of assets eligible for pledging: cash and obligations issued by government-sponsored enterprises.
The FDIC has indicated it is interested in hearing from bankers whether its proposed revisions apply a standard of creditworthiness (beyond the exclusive use of credit ratings) that is transparent, well-defined, differentiates credit risk and provides for the timely measurement of changes to the credit profile of the investment.
With the benefit of hindsight, it's clear that credit ratings can be deceptive, so the hope is that this change and others help solve that issue over time. Wherever your personal travels take you this summer, we hope it has been or will be safe, enjoyable and fun.
Subscribe to the BID Daily Newsletter to have it delivered by email daily.

Barclays Bank will pay $100mm to 43 US states to settle allegations it defrauded investors when it improperly set Libor rates with counterparties during the global financial crisis.

An RMA survey of bankers finds 70% of respondents say their capital ratios are board approved.

The Wall Street Journal reports 12.8% of all banks created since 2000 failed during the crisis, more than 2x the rate of more established older community banks.

S&P Global Market Intelligence Research finds the average Q1 ROAA & ROAE for financial institutions with assets $500mm to $5B were 0.82% and 7.31%, respectively.

A Compensation Advisors survey of bank executives finds 43% of respondents say they cannot find enough talented commercial lenders and the same percentage also say they are willing to pay highly to fill these roles.

A survey of wealth managers by Capgemini finds 55% say they are not fully satisfied with their firm's digital capabilities, and 39% say they would consider looking somewhere else for employment.

Research by eMarketer finds the average person spends about 14% of their time each week emailing, texting and using social media.