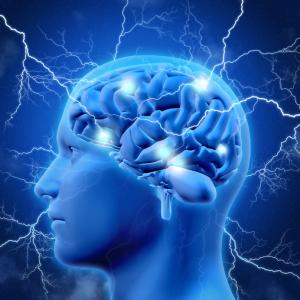 Health officials in Charlotte, NC continue to grapple with the vexing problem of a brain-eating amoeba found in the waters of a state water park. The Naegleria fowleri amoeba is remarkably rare, but it is also a deadly microorganism. It has been blamed as the cause of death for an 18Y old woman who had visited the park and died several days after falling into the amoeba invested water. Authorities are now trying to determine how to safely remove the water from the park, allowing it to be opened for public use once again.
While banking regulation pales in comparison to the health and safety issues being ironed out in Charlotte, it is nonetheless a tough industry. That's why we are always encouraged when regulators provide much-needed clarity on issues of concern to banks. Consider for instance, the FDIC's latest guidance related to brokered deposits, a common funding source for many banks.
Brokered deposits allow for quicker deposit growth than traditional bank-deposit accounts, so when used properly they can be a good liquidity tool to support loan growth. Following the crisis, regulatory commentary seemed to indicate brokered deposits were a disease of some sort unto themselves.
Certainly, regulators must keep a watchful eye on too much wholesale funding of all types, but brokered deposits were singled out in many research reports as they were tagged as a contributing factor in both the S&L crisis in the 1980s and also in the 2008 financial crisis.
The most recent FDIC guidance about categorizing brokered deposits comes after industry trade groups had expressed concern that previous attempts at regulation were overly broad. The FDIC listened to the feedback and responded accordingly by updating its frequently asked questions on identifying, accepting and reporting brokered deposits. The June 30 updates supersede the FAQs initially published in January 2015.
While the FDIC continues to take a broad approach to brokered deposits, the agency's June update clarifies several areas of concern to banks. Notably, the new FAQs address matters related to business professionals and deposit referral programs; deposits gathered though "dual hatted," "dual" and "call center" employees or contractors and deposits underlying government-sponsored prepaid or debit card programs.
The new FAQs also address whether certain non-maturity deposits are brokered, as well as actions a bank should take if it holds certain brokered deposits and falls below well-capitalized for prompt corrective action purposes.
To address concerns of the guidance being overly broad, the FDIC said it will continue to consider each request on a brokered deposits determination on a case-by-case basis and based on the facts of the situation.
In addition, the FDIC has encouraged banks with questions to contact their primary regulator for additional clarity. Importantly, the FDIC said that it understands that brokered deposit determinations take time.
The bottom line for banks using brokered deposits is to be judicious in doing so. Pay close attention to the new FAQs from the FDIC and overall funding percentages. Unlike the amoeba situation in NC, this is certainly not a matter of life and death, but it could be nonetheless important to the ongoing health of banking organizations at least from a regulatory perspective.
Subscribe to the BID Daily Newsletter to have it delivered by email daily.

JPMorgan executives say they continue to focus on efforts to cut $2B in costs in its structure and by eliminating waste.

Fed research on small businesses finds of those who say they applied for financing in the prior 12 month, 50% were approved for the full amount they were seeking.

Korn Ferry indicates compensation peer groups have increased in importance following "the SEC's use of relative total shareholder return (TSR) as the performance measure under its proposed rules on the disclosure of executive pay vs. performance." As a result of that change, they indicate using one peer group may not meet all needs, so boards "should consider when and why it may be appropriate to construct different peer groups for different purposes."

Bankers should note research by the Fed NY finds the number of credit cards in circulation is currently 435mm. This compares to 496mm in 2008 just before the crash and 379mm as of 2010. Meanwhile, balances on those credit cards climbed to $644B in Q1 of this year.

JPMorgan projects the Fed will raise rates 1 more time this year at the December meeting.

The SBA reports small businesses account for 54% of all sales in the US.

Banks should warn clients that CNBC reports a recent study finds financial fraud among seniors steals an average of about $36B per year.
Copyright 2018 PCBB. Information contained herein is based on sources we believe to be reliable, but its accuracy is not guaranteed. Customers should rely on their own outside counsel or accounting firm to address specific circumstances. This document cannot be reproduced or redistributed outside of your institution without the written consent of PCBB.