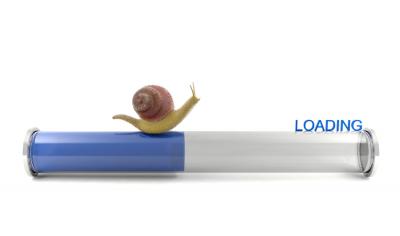 by Steve Brown
Share this Article:
If you were a kid in the 1970s and you had an Atari home video system, we don't have to tell you how lucky you were or how cool your parents were to buy it for you. Of course, it should go without saying that today's teenagers, or let's face it even 6 year-olds, would probably burst into laughter if anyone gifted them an Atari set with a copy of Pong. If you weren't a kid of the 70s and have never heard of Pong we can't fault you. As home video games gained popularity, Atari was soon replaced by Nintendo, which was eventually replaced by the next new thing - a pattern that has continued right up through to today's more popular games.
The speed at which video game systems can become obsolete is amazing, but it is by no means limited to the technology world. Though the London Interbank Offered Rate (LIBOR) has served as a benchmark for the uniform pricing of financial instrument for decades, regulators and agencies are trying to slowly change that. Doing so, however, will be no small task. Consider that LIBOR is used worldwide as a reference rate for borrowing and lending and it is massive. In fact, the estimated notional volume of outstanding financial products indexed to LIBOR is more than $160 trillion - that's trillion with a "T". LIBOR is widely used for interest rate swaps, deposits, foreign currency options and loans, to name a few areas.
Driving this interest to find other reference rates is the fact that the biggest global banks allegedly fixed prices during the credit crisis. This is not only a huge legal issue, but it also could lead to massive global financial markets disruptions so the regulatory wheels began to slowly turn.
For its part, the Financial Stability Oversight Council (FSOC) recommended in 2014 that US regulators work with foreign regulators, international bodies, and market participants to identify alternative interest rate benchmarks that are anchored in observable transactions and supported by appropriate governance structures. The goal was to develop a plan to accomplish a transition to new benchmarks over time.
This led to the formation of the Alternative Reference Rates Committee (ARRC) in the US - a group comprising the Fed, Treasury, Commodity Futures Trading Commission, a handful of clearing houses and 15 global banks.
ARRC recently released a report identifying two potential alternatives. These are the Fed's own Overnight Bank Funding Rate (OBFR) and the overnight rate for secured Treasury General Collateral repo (GC repo) lending. The OBFR is calculated by the Fed NY and it is a volume weighted calculation of overnight Federal Funds & Eurodollar transactions. The Fed is working with the Office of Financial Research to produce a GC Repo rate by the public sector and there is a possibility trading on that new rate could potentially begin in 2017.
As with most things government, there are many hands in this pot trying to stir it worldwide, so look for things to move slowly. Unlike our technology example at the outset, this shift could take decades because so many trillions are already tied to LIBOR and so much of the fabric of daily banking is tied to it, so there is plenty of time to adjust and analyze any new options.
In the meantime, since so many different market participants and institutions currently rely on LIBOR and the various financial instruments priced off of it, the ARRC seems to be moving at the pace of a snail in order to ensure users worldwide have the chance to weigh in with their own suggestions and opinions regarding any proposed alternatives.
Subscribe to the BID Daily Newsletter to have it delivered by email daily.

The OCC is warning banks that it is seeing increased risk in commercial real estate (CRE) lending, driven in part by high growth and looser underwriting standards. Banks active in CRE should expect to get a closer look at covenants, interest only periods, limited guarantees, and weak stress testing practices to name a few areas. If your exposures exceed regulatory guidance or your growth has been strong, you might want to consider ramping up stress testing and loan loss reserve analysis in preparation for heightened scrutiny in this area.

A Bank Director survey of risk practices finds banks that have a full time Chief Information Security Officer (CISO) has climbed to 78% vs. 64% last year.

Fed KC President George said US interest rates are too low right now and that keeping them at such levels could create additional risks.

About 46% of Millennials say they want their bank to analyze their spending habits and provide help to improve. This might be a way for your bank to further engage with this generation as you also gather better data over time that you can leverage.

The OCC is warning banks that relationships with marketplace lenders could increase risks related to compliance, BSA/AML, operational, credit, and market risk. Banks that have done transactions here should note regulators will focus on these relationships and take a close look at risk management practices, underwriting standards, consumer compliance standards and business strategies to ensure laws and regulations have been followed.