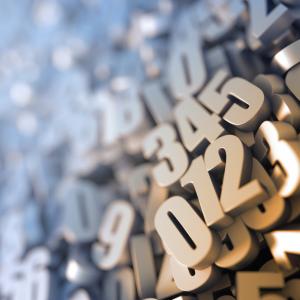 Numbers are interesting to all bankers because they are the very fabric of the industry. You need them to count money, interest owed, principal payments and a host of other things. Suffice it to say that bankers love to count and they really love numbers.
Following the Q1 industry release from the FDIC about a month ago or so, we began our own counting exercise. We looked at the number of banks and thrifts in the US quarter by quarter going back over the past 13 quarters or about 3Ys.
Our goal was to gauge what had been going on with merger and acquisitions activity, as well as failures, closures and other factors. Overall, we wanted to see if the speed of banks going away was increasing or decreasing.
We know our readers stay on top of these things, particularly given all the noise around how big banks need to be to survive and thrive or how much action is actually going on out there. We also know community banks have been tossed around over this same time period by heavy market volatility. These factors and others drove us to do the analysis so we share it here for you.
We like the simple things in life, so as we begin our analysis we quote Mickey Mouse who reportedly said, "Arithmetic is being able to count up to twenty without taking off your shoes."
As of the end of 2012, there were 7,083 financial institutions and as of the end of Q1 2016, there were 6,122. That is a decline of 961 over 14 periods or about 73 per quarter based on this simple calculation.
Going deeper and looking quarter by quarter over this period, we find the highest quarter was Q1 2015, when 90 financial institutions disappeared and the lowest was Q3 2013 when only 49 went away. Doing the numbers on each quarterly period, the average is 74 per quarter and the median is 78.
Using the same data set, we see the highest percentage change quarter to quarter was 1.4% (occurred from Q3 2015 to Q4 2015) and the lowest was 0.7% (period from Q2 2013 to Q3 2013). Meanwhile, the average quarter to quarter decline over the 3Y period is -1.1% and the median is also -1.1%.
So, what does this data tell us? First, the total number of financial institutions operating in the US is continuing to decline. Next, over the past 3Ys, the rate of decline has been about 1% or so from the prior quarter. Third, this percentage decline is historically about the same level as it has been going back even as far as 10Ys or more.
Given your strategic planning sessions probably kick off in Sep or Oct, know that at least when it comes to projecting your bank competitors you can use this 1% decline per quarter to do so and it should hold relatively true to form.
Therefore, in projecting forward year by year and assuming the 4% decline (i.e. 1% per quarter vs. prior quarter) continues, the industry should shake out something like this in the coming years. As of the end of 2015 there were 6,182 financial institutions operating in the US. At the 4% annual decline rate, we would project something around 5,906 at the end of 2016. Looking forward using the same methodology you can logically expect the industry to be 5,643 by the end of 2017; 5,391 by the end of 2018; 5,151 by the end of 2019 and 4,921 by the end of 2020.
For perspective, that is still a lot of banks nationwide and the most of any country worldwide, but it is lower nonetheless. Keep this 4% number in mind when you go to parties with bankers as it has been proven again (as we have said other times in past issues) to be a good high level metric to use when trying to predict how many banks will be around some number of years into the future. You cannot count on the past to predict the future, but at least in banking this number continues to holding up quite well.
REMINDER: As a reader of this publication you are cordially invited to attend a free webinar tomorrow where we will explore the specific impact of the Brexit on community banks and customers. Available times are 9am or 11am (Pacific). Register by clicking here.
Subscribe to the BID Daily Newsletter to have it delivered by email daily.

The market continued to react negatively to the uncertainty of Brexit, driving yields down 12bp.

The Brexit is pounding European bank stocks, with trading halted in some as triggers have been hit. UK bank stocks have slipped 16% since the vote and some like Royal Bank of Scotland and Barclays are down 25% and 19% respectively. The spillover has also hit Italy (bank stocks there are down more than 20%), where the government there is reportedly considering injecting $44B in capital into its banks to help support them.

Bloomberg research now finds the Brexit has added another $380B to the already large amount of global bonds that have negative yields. The grand total worldwide is now an estimated $8.7T of securities that have yields below zero.

A Bank of America survey finds 48% of people say they are constantly checking their account balances and budgets using mobile devices.
Copyright 2018 PCBB. Information contained herein is based on sources we believe to be reliable, but its accuracy is not guaranteed. Customers should rely on their own outside counsel or accounting firm to address specific circumstances. This document cannot be reproduced or redistributed outside of your institution without the written consent of PCBB.