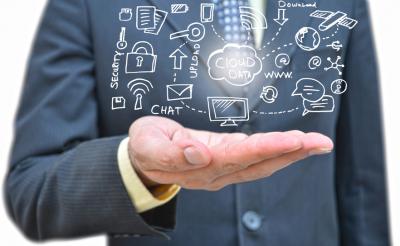 Is your Bank's Head in the Clouds?

If you're looking to pick up a quick $20,000 you might want to spend a few days in Maine. That's because a meteor that recently fell to earth is believed to have landed somewhere in the region of Rangeley, Maine and the Maine Mineral and Gem Museum (which is preparing to open in 2017), is offering $20,000 to the first person who can produce a piece of the meteorite weighing at least 1 kilogram. If the reward offer is successful, the museum will display a piece of the meteorite in what will be called Meteorite Hall.
This may sound like easy money, since anyone who has ever seen a sci-fi film knows that meteorites are radioactive and glow brightly. In reality, however, the pieces of a meteorite that has fallen to earth vary greatly in size and usually look no different than ordinary rocks. Instead of relying on sight, anyone searching for meteorite fragments would be better served by purchasing a metal detector or a very strong magnet, both of which could be used to detect nickel and iron commonly found in meteorite fragments.
While treasure hunters in Maine are busy combing the ground for valuable meteor fragments, community banks would be better served focusing their attention toward the sky for a completely different reason - clouds (okay, cloud computing, but you can see where we were going with this). As banks look for ways to keep their technology costs down and to avoid the need for spending a fortune on expensive infrastructures, Amazon for one has begun actively pitching its cloud computing service to the banking industry as one way of doing this.
Amazon's Web Services (AWS) division has been actively courting the largest banking chains, promising significant cost savings to banks that rent its servers to handle elaborate, high volume applications (like mobile banking or data analytics). Cloud is the alternative to continuously having to pour more money into building up proprietary infrastructures.
Information on the Amazon website shows by using AWS cloud services, Capital One plans to "reduce its data center footprint from eight to three by 2018." We aren't totally sure how much a data center of that size might cost to run, but it will probably save some dollars when all is said and done (which is why Capital One is doing this).
Beyond just cloud capabilities, Amazon indicates Capital One is also "using or experimenting with nearly every AWS service to develop, test, build, and run its most critical workloads, including its new flagship mobile-banking application." Clearly Capital One is a huge bank and by working with Amazon they are seeking to get more leverage in their technology dollars in more areas than just one. We will have to see how it all works out, but the marketing side of this looks good for both at this point.
So far, Capital One is the only major bank we know of that has adopted AWS, but reports indicate Amazon has been actively talking to other banks such as JPMorgan and Citigroup, among others. Even more interesting perhaps, Amazon is not alone in its efforts to court the banking industry, as JPMorgan is simultaneously looking at Google's cloud services as well.
One factor that has been spurring the banking industry's move towards cloud computing is the fact that there have been significant advancements in the security around such services. It also probably doesn't hurt that back in 2013, the Central Intelligence Agency said intelligence agencies could use cloud computing. As a result, more and more banks are looking at ways they could potentially free up millions of dollars previously spent on maintaining multiple data centers and networks.
The Dutch national banking regulator has released a set of guidelines for ways that banks and financial institutions can use cloud services and even Britain's Financial Conduct Authority has said it sees no reason why cloud services shouldn't be used by banks and financial institutions either. While it is still likely to be a while before the banking industry widely embraces cloud computing, we wanted to make sure that community banks are aware of the possibilities.
Subscribe to the BID Daily Newsletter to have it delivered by email daily.

Yields were up 8bp as Brexit concerns were quelled due to recent polling in favor of a stay vote.

Accenture research finds 73% of bank executives say infusing risk culture into their bank is important or critical, but only 11% said they had a consistent risk culture.

A study by the Society for Human Resource Management finds companies are cutting back on some wellness benefits, after finding the return on investment and employee participation levels do not justify some of them. Some of the biggest cut backs have come in the areas of health coaching, insurance-premium discounts for weight loss, on-site flu shots and 24-hour nurse hot lines.

A Bank Director survey of risk practices finds 18% say their bank has experienced a data breach.

A PwC study finds only 24% of Millennials demonstrate basic financial knowledge. This is bad news, as 50% say they would not be able to handle even a moderate financial shock and 67% said they have at least one source of long term outstanding debt.
Copyright 2018 PCBB. Information contained herein is based on sources we believe to be reliable, but its accuracy is not guaranteed. Customers should rely on their own outside counsel or accounting firm to address specific circumstances. This document cannot be reproduced or redistributed outside of your institution without the written consent of PCBB.