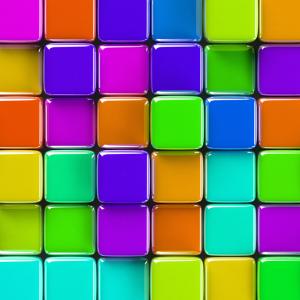 by Steve Brown
Share this Article:
Everyone learned in early math that a square is a perfect geometric shape with 4 equal sides. Each side has the same length as the other 3 sides and the four corners of the square are all right angles. The clear and simple mathematical definition of that geometric figure should shut down the debate about the definition of a square. Still, over the years, the square has picked up several other meanings. As one of the symbols of Freemasonry, the perfect square gets a mysterious halo. In that context it can also connote virtue and honesty as a square deal is seen as an equitable deal. In another context, square may become an insult. The square person - aka honest and traditional - may be seen as out of date. This sort of person is one who is inclined to follow "in the box ways" of thinking. During the advent of jazz music, the square person implied the one who was unable to appreciate jazz. Later on, hipsters, beatniks, and hippies continued to rail against the personality of a square individual - that four beat rhythm shown by the baton of a classical conductor. Community bankers with an old fashioned way of doing business directly with local customers may also sometimes be thought of as square in this world of technology.
For its part, the technology company, Square, was named after the square shape of its credit and debit card readers. These are the gizmos that click onto a cell phone or tablet and allow small businesses to accept credit card payments right on the spot. Community bankers are very aware of Square, as many small business customers use the device.
What you may not know is that on its website, Square promises that its device is much more than a little white reader. It manages inventory and analyzes sales data. Square has also extended their business into the area of bank loans.
After all, Square already knows its customers, as well as the small business community that buys its payment devices. That gives them data they can leverage as they focus efforts on the most promising ones. Square indicates its scientists crunch a lot of data to identify the best prospects. These experts have a long view on the merchant's daily sales, payroll and invoices and they can greenlight a loan within minutes. That adds competition to an already crowded field and it has many community banks on edge as they worry which businesses may go there instead of contact the bank for their next loan.
Things here are ramping up as well, so community bankers should keep an eye on developments. Square recently announced that they would expand cash advances services to loans and allow small businesses to borrow out to 18 months. If businesses repay earlier, Square collects a 10% cut on the amount borrowed.
As community banks look on and analyze the best ways to compete with thousands of nonbank tech financial companies, things seem to move very quickly indeed. Consider online lenders are all over the place, as are those lending against receivables and other business activities.
We aren't geometric experts, but we know a square when we see it and we embrace the square tactics of community bankers out there day in and day out working on their local markets to generate business. Small business owners know a good thing when they see it, so no matter the calculus, the owners are glad that community bankers enjoy being square.
Subscribe to the BID Daily Newsletter to have it delivered by email daily.

Fear over a potential British exit from the Euro (Brexit) is increasing as the latest polls show 53% will vote to leave vs. 47% who say they will vote to stay. Momentum has swung as issues around immigration have overtaken economic repercussions so things are getting weird. The BOE is warning such a vote could lead to adverse spillover risks to the global economy, other analysts warn it will also put significant downward pressure on the Pound and possibly lead to thousands of layoffs, particularly in the banking industry. The vote is June 23 and this sort of concern and noise is the primary reason the US 10Y Treasury yield continues to decline.

The Financial Times reports Bank of America is planning to reduce its staffing by as many as 8,000 jobs, as it responds to a customer shift toward more digital banking, much lower customer visitation activity at branches, and further automation in its back office.

A study by the National Association of Realtors and SALT finds 71% of people with debts from student loans say the load from paying that debt is keeping them from buying a home and adding to it. More than 50% expected it would take 5Ys until they felt comfortable buying a home given their current debt load.

Visa reports more than 40 banks have already signed up to use its mobile wallet app called Visa Digital Commerce, as they seek to launch branded mobile wallets without having to build out all of the technology themselves.