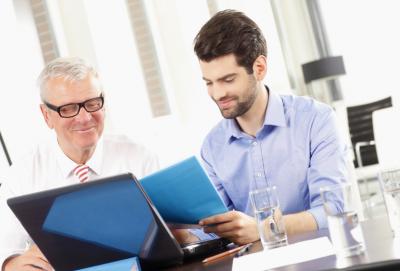 You may not have thought about it all that much, but Pendleton Square research finds 90% of all American businesses are family owned or controlled. Community banks have a lot of loans out to such businesses, so knowing this is a good first step, but it is not enough. That's because the same research also finds that only 30% of family owned businesses survive the transition to the next generation and about 15% remain viable in the third generation. There are lots of reasons for this, but changing business conditions, taxes and other factors play a role.
Interesting to bankers perhaps, research by the Harvard Business Review (HBR) finds 94% of family owned businesses have supervisory of advisory boards that control them. That shows good governance, but only if directors and advisors have enough pull to be heard. Bankers will be happy to note that the same HBR study found family representation on boards averaged about 28%. That isn't bad and it may show such businesses are interested in hearing ideas from outsiders as they seek to compete and thrive in a changing world.
Another interesting fact that is likely good for bankers lending to such businesses is the fact that HBR also found more than 40% have members of the next generation on their boards and committees. They are truly focused on building out the bench it would seem, as they seek to transition over a longer period of time. Training is common, as these businesses work to ensure business and management skills are learned and passed along to the next generation.
There is a lot to be said about the pros and cons of family owned businesses but this also bleeds into community banking. Many community banks are still family owned and controlled, so there is a lot to talk about beyond the business customer side of things as well.
This is particularly true given that the IRS is now looking closely at how Family Limited Partnerships (FLP) reduce tax liabilities in inheritance plans. According to PwC, tax planners use the term family limited partnership to refer to a limited partnership in which the majority of the partners are related. The partnership exists to manage and maintain a family business or investment assets. When generations of ownership change hands, these partnerships also commonly designate transferred assets as a minority interest in the business. It is this minority interest idea that has the IRS looking closer at the rules.
The IRS reports it has seen liberal discount pricing used to value assets for minority interests in inherited family businesses. It doesn't like this and believes it is rife with potential issues, so it is thinking of limiting how big such discounts can be. One key area that has IRS attention is the fact that some FLPs are composed only of highly marketable, liquid assets, such as publicly traded stock, bonds, and cash. Such holdings do not appear to indicate the partnership was created to support long term management and control of family assets.
No matter whether you are alerting your customers or your bank itself is family controlled, ultimately the end result is to follow IRS rules to avoid trouble. Unfortunately, at this point given the way things seem to appear in the press, the ultimate impact looks like higher taxes for family owned businesses of all types.
A generational shift is underway and experts project over the next 20Ys some 80mm baby boomers will retire, $10T in wealth will be transferred and millions of family owned businesses will change changes so bankers (and your customers) will need to prepare. After all, as Ben Franklin said so many years ago, "an ounce of prevention is worth a pound of cure."
Subscribe to the BID Daily Newsletter to have it delivered by email daily.

Yields slumped 4bp on higher investor fears after the ECB said it would take action to stimulate the European economy.

The OCC reports several financial technology firms have approached it about applying for a national bank charter as they seek to avoid the patchwork of state regulations for nonbank lenders and money transmitters.

The OECD is warning global governments they must act now in order to prevent persistent and sluggish growth and another economic downturn. The group called for countries to work together to enhance market competition, innovation, and dynamism.

A survey by Infusionsoft and LeadPages finds the most popular content created and used by small businesses to capture new customers includes: posting on social media (58%), sending emails (43%), publishing bloc posts or articles (36%), creating other kinds of content (28%), not creating any content (23%), sending direct mail (20%) and offering downloadable content on web pages (16%).

A report from the FBI offers the following business continuity planning (BCP) tips banks and your customers can take to protect against ransomware: back up data regularly; regularly verify the integrity of backups frequently; secure your backups; make sure backups are not connected to the computers and networks they are backing up; understand that some instances of ransomware have the capability to lock cloud-based backups when systems continuously back up in real time (known as persistent synchronization); and secure backups physically offline to protect your data.

Research by Clutch.com of small businesses finds that of the small businesses that do have a website, the percentage that indicates it is mobile friendly is 68%.
Copyright 2018 PCBB. Information contained herein is based on sources we believe to be reliable, but its accuracy is not guaranteed. Customers should rely on their own outside counsel or accounting firm to address specific circumstances. This document cannot be reproduced or redistributed outside of your institution without the written consent of PCBB.