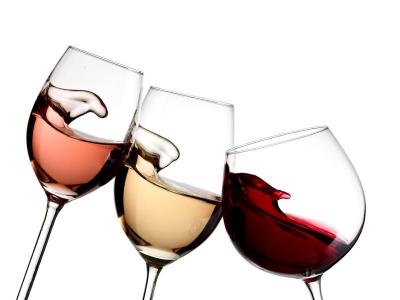 What Are You Drinking?

by Steve Brown
Share this Article:
Odds are pretty good that you've never heard of, let alone tried, Pemberton's French Wine Coca. This was an extremely popular beverage of the mid-1800s. We're willing to bet, however, that you have tried the beverage it evolved into. Made from a combination of the South American coca plant, the kola nut and Bordeaux wine, an Atlanta-based pharmacist named John Pemberton created his coca wine. He eventually replaced wine with carbonated water and renamed his drink Coca-Cola. To promote its drink, in 1888 Coca-Cola issued what is believed to be the first ever coupon, which entitled the bearer to a free glass. Aided by one brilliant advertising campaign after another, Coca-Cola has since grown into a worldwide brand and the world's largest beverage producer.
Major changes that government intervention brought about for Coca-Cola made us think about the potential impact that could result from the US Department of Education's recent proposal around for-profit colleges.
As part of this effort, the Education Department launched an enforcement unit that will focus on surfacing potential misconduct among such colleges, examine legal claims related to federal loan borrowers and ensure all schools disclose campus crime statistics and security information. This first part of the regulatory puzzle sets the tone for the remaining approach around lending.
Here, the Department of Education announced a student loan forgiveness program for borrowers who believe they have been defrauded by their colleges. It leverages the current ability for student loans to be discharged if borrowers attending a college are there when it closes or if they withdraw 120 days after the college closes.
Another area of focus relates to arbitration clauses in enrollment agreements. Many for-profit colleges require new students to sign language preventing them from joining in class action suits against the school and that also require that they agree to settle grievances through arbitration. The Department of Education believes that the inclusion of such language within enrollment documents is unfair and prohibits such institutions from being held accountable for any wrongdoing or negligence on their part, so it is changing that too.
All of this noise surfaced around some for-profit colleges promising things they could not deliver (like good paying jobs). Following the 2015 collapse of Corinthian Colleges Inc., a chain of for-profit institutions that offered higher education degrees in specialties including business, healthcare and information technology, students who borrowed money to attend these schools have been pushing to have their loan forgiven. Spurred by this situation, the Department of Education is working to clarify the standards regarding when and under what types of scenarios borrowers of federal student loans should have their debt erased.
No one knows where all of this may end, but it is important for banks to monitor things as any loan forgiveness of any type will ultimately increase pricing and risk to the bank.
While the Department of Education's proposals deal exclusively with federal student aid at the moment; the effect of any rules put in place will certainly have a ripple effect. Further, as the courts get involved hearing cases and deciding things, a shift in how banks lend and what protections they may or may not have across multiple types of loans could follow. In the meantime, continue to adapt and change as you enjoy your can of Coca-Cola today or wine this weekend and ponder all of this.
Subscribe to the BID Daily Newsletter to have it delivered by email daily.

The largest bank in Africa, Standard Bank Group Ltd., reports it has lost close to $19mm as a result of a sophisticated attack carried out in Japan. Thieves reportedly forged 1,600 cards and withdrew money from 1,400 ATM machines all over Japan within a short 2 hour period. By the way, the distance from Africa to Japan is about 8,751 miles.

Bankers wondering about the cost of employee healthcare for 2017 will be interested to know that the Wall Street Journal reports large health insurance players in some states have proposed raising rates by 20% or more. These providers say they have been hit with losses tied to the first years of Obamacare and need the increases to address changes in expected claims costs tied to rising cost of medical services.