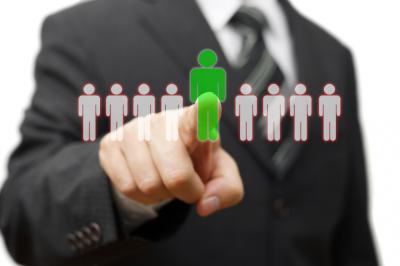 by Steve Brown
Share this Article:
Bank of America found that having an entire group take a 15 minute coffee break at the same time (vs. staggering the breaks) resulted in a 23% improvement on productivity and a 19% reduction in workplace stress. As community bankers look for ways to boost productivity, this may be something to try perhaps.
Yesterday, we delved into the updated FDIC Financial Employee's Guide to Deposit Insurance to bring you up to speed on the fun that can be found within this publication. Carrying on the theme today but extending it, we zero in on the section around trust accounts because complications have jumped, so explanations should too.
Part of the problem with FDIC deposit insurance is that it isn't as simple as it once was. Deposit accounts are considerably more complicated today, in large measure due to the rise of trust accounts. In fact, things are so crazy that the FDIC indicates it now fields thousands of calls each year from bankers and consumers asking for clarification of deposit insurance limits on this very subject.
In response to that demand, the FDIC has devoted a large part of its new updated Financial Institution Employee's Guide to Deposit Insurance to trust accounts. The guide offers numerous examples and scenarios relating to informal and formal revocable trusts and attempts to explain insurance requirements for these trusts as well as clarify misconceptions about them.
To save you some reading, basic individual accounts can be pretty straightforward: amounts up to the statutory maximum (currently $250,000) are insured per owner of the account or accounts. Trusts are not as clear, and the guide devotes considerable space discussing various situations and how they might be viewed for deposit insurance.
For starters, revocable trust accounts are insured up to $250,000 per beneficiary and up to a maximum of 5 beneficiaries. This raises the possible coverage on a trust account to $1,250,000. However, that only applies to valid beneficiaries so things start to get tricky. In some states, pets are allowed to be named as beneficiaries of a trust, but the FDIC doesn't recognize pets as such. So any pet named doesn't count toward the total amount that can be insured under trust rules.
In some cases, people will own more than one trust, with different or overlapping beneficiaries. Here's an example from the guide using a fictitious customer with more than one trust account at a bank: Rebecca Ross has three revocable trust accounts totaling $720,000. For one account, Rebecca names her brother and sister as beneficiaries. Her brother is the sole beneficiary of the second trust account. Her sister's son is the sole beneficiary on the last account. So there are three trusts and four total named beneficiaries. But the brother is named twice. So for insurance purposes, are there three beneficiaries or four?
The answer, according to the FDIC guide, is that there are only three unique beneficiaries. The brother doesn't get to be counted twice, even though he is named in two of the trust accounts. The total amount of coverage is $250,000 times three, or $750,000. In the example, that is still enough to cover the entire amount held in the three trusts, with $30,000 to spare.
The guide goes into considerable detail on different types of trusts and situations, including cases where there are multiple trust owners and multiple beneficiaries, alternate beneficiaries and contingent beneficiaries. There is also discussion of irrevocable trusts, including the conversion of a formal revocable trust to an irrevocable trust.
The aim of the guide is not to take the place of legal advice when dealing with trusts but to lay out some guidelines for how the FDIC treats trust accounts in determining insurance coverage amounts. That information could help bankers respond to questions from customers.
More details about trusts and deposit insurance, along with other information on deposit insurance, can be found in the new guide, so enjoy the reading.
Subscribe to the BID Daily Newsletter to have it delivered by email daily.

The Treasury Department reports there are only 16 banks remaining in the TARP program of the 707 it originally invested in or about 2.3%. The Treasury is actively negotiating with these banks to exit through restructuring but has not set a timeframe when these institutions will eventually exit TARP.

Research by Deloitte of thousands of business and HR leaders worldwide on human capital finds the trends that ranked among the highest (very important or important) are: organizational design (92%), leadership (89%), culture (86%), engagement (85%) and learning (84%).