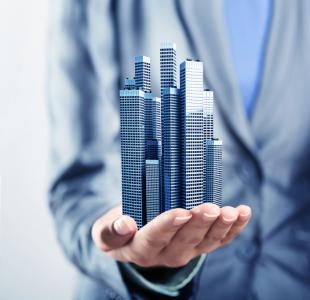 In today's business world, "going public," seems to be the ultimate dream of the entrepreneurial class. It's not enough to simply start and run a successful business. The measure of success is whether shares in the company can be sold to a wide audience of investors. The dream is that going public makes company founders wealthy, but it also relegates them to the status of significant shareholders instead of owners.
That dynamic has not played out with community banks, which continue to be dominated by the closely-held model. There are certain advantages and disadvantages that come with being a closely-held company.
Some disadvantages include greater difficulty in raising capital for expansion or improvement. After all, owners usually tend to be reluctant to sell additional shares that could dilute their control, as they usually get decent dividends from earnings based on ownership. Closely-held banks can also struggle with succession issues at times.
That said, there are also a number of distinct advantages that closely-held banks have over bigger, widely-held banks. According to a recent FDIC study, closely-held community banks are nimbler in decision-making, tend to be better at avoiding excessive risk, and regularly outperform widely-held banks.
The research surveyed 1,357 community banks that represented 50% of all community banks in three FDIC districts in the central part of the country. While the scope of the survey does not represent a complete portrait of the country as a whole, it provides an interesting window into closely-held banks.
The extent of closely-held ownership in the sample was striking. About 67% of the banks were closely held with an identified primary owner that could be an individual or a small group with controlling interest. The vast majority had family or community ties as well. In nearly 50% of the banks the key officer (whatever the title), was also a member of the ownership family or group.
In terms of ROA and ROE, the closely held banks consistently outperformed widely held banks in the region. The average ROA for closely-held banks was 30 basis points higher than for widely-held banks in 2014, although the advantage had narrowed somewhat during the previous 3Ys. On ROE, closely-held banks in the sample had a more than two percentage point advantage over widely-held banks in each of the 6Ys ending in 2014.
In addition, the paper's authors found that closely-held banks had lower levels of balance-sheet risk than widely-held banks. This is presumably because owners of closely-held banks have more of their own money at risk and are not as pressured to produce short-term results because they own the bank after all.
Being unconstrained by short-term pressures also gave closely-held banks an advantage in decision making. Without the pressure to perform in the short-term that comes with widely-held shares, closely held banks were freer in their ability to make decisions. The authors noted this allowed them to make and carry out long-term plans more effectively.
"These favorable comparisons between closely-held and widely-held community banks suggest that the closely-held organizational form is by no means an impediment to performance, and may well be one of the keys to their success," the authors concluded.
Who needs an IPO when you can beat the big guys with a privately held community bank?
Subscribe to the BID Daily Newsletter to have it delivered by email daily.

Reuters is reporting that Fed SF President Williams indicates 2 or 3 rate increases this year "definitively still makes sense." For community bankers across the country, let's hope something comes of this as they could use the lift. Meanwhile, the Washington Post reports Fed Richmond President Lacker says "if the case for raising rates looks to be pretty strong in June" and that the longer the Fed delays in raising rates "the more we're falling behind and the more the Fed would need to think about catching up and "making up ground."

Research by law firm Haynes and Boone LP finds the number of North American exploration-and-production companies that have filed for bankruptcy protection since the beginning of 2015 is now more than 70.

Bankers should be aware that cyber thieves reportedly have stolen tax and salary data from credit bureau Equifax Inc related to grocery chain Kroger's. The breach reportedly occurred at Equifax's W-2Express website, where thieves accessed the W-2Express website using default login information based on Social Security numbers and dates of birth.
Copyright 2018 PCBB. Information contained herein is based on sources we believe to be reliable, but its accuracy is not guaranteed. Customers should rely on their own outside counsel or accounting firm to address specific circumstances. This document cannot be reproduced or redistributed outside of your institution without the written consent of PCBB.